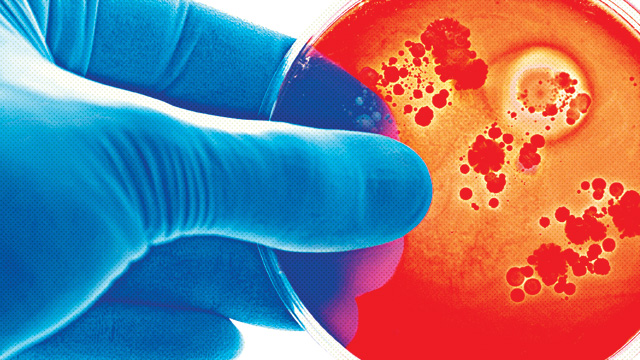 When the US National Cancer Institute initiated its “Provocative Questions” project at the end of 2010, it asked scientists to submit “inquiries addressed to important problems and paradoxes in cancer research that have received insufficient attention for various reasons.” The Institute allowed that some of the questions could re-explore older, neglected observations while others could be based on more recent findings or new ways to tackle perplexing, seemingly intractable problems. “They should draw attention to significant yet under-appreciated opportunities for advancing our understanding of cancer and for developing new prospects for controlling it.”

The very first of the 117 provocative questions submitted online dealt with cancer stem cells, the subject of this month’s cover story. Though cancer stem cells have hardly been neglected, they certainly have been perplexing, paradoxical, and more than a little provocative. What exactly is their role in metastasis and tumor recurrences...

Three other articles in this issue also focus on cancer. “A Malignant Alliance” maps out the role of two proteins that work together to make cells more or less metastatic. “Eyes on Cancer” looks at some of the imaging instruments researchers employ to track cancer in vivo. And Modus Operandi covers a new technique that uses a neat laser trick to pinpoint single nucleotide mutations, a method its developers validated using a DNA sequence containing a BRCA1 mutation.

Of course, provocative science is not limited to cancer research. “Deliberating Over Danger” is full of answers, pro and con, to questions raised by the report that two research groups had mutated the H5N1 bird flu virus so that it could be passed in the air between mammals. A firestorm erupted when both Science and Nature were asked to withhold publication until the risks and benefits of publishing such information in full could be assessed. Should such research have been permitted? Be published without redaction? Subjected to greater regulation? How and by whom? A great deal of the fear expressed—be it of escape of such a virus from the lab or of the mutated sequence falling into the hands of bioterrorists—is not based on knowledge of the experimental details of these reports. In this feature you can read the reasoned opinions of a researcher involved in one of the H5N1 mutation studies; flu virologists and immunologists; and biosecurity and public-policy experts, including members of the National Science Advisory Board for Biosecurity who reviewed the papers.

Coincidentally, in this month’s Critic at Large column Richard Smith, a former editor of the BMJ, ponders the future of scientific publishing in light of what is happening in the field of newspaper publishing. He is an advocate of open-access publishing and a foe of prepublication peer review. One wonders how the world—both scientific and lay—would have reacted had the H5N1 studies been published in an open-access journal. Would the inevitable instant point-counterpoint have calmed the fears now being expressed—or roiled them even more? Says Smith, ”Publication, debate, and revision are all central to science, and the sooner research, including that on H5N1, is made available the sooner and more accurately it can be digested.”

We hope we’ve provoked you to think hard. And we invite your provocative questions.