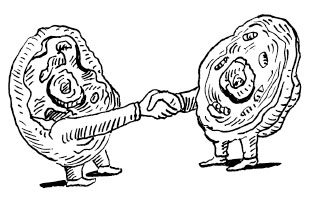 ANDRZEJ KRAUZEWhat a coincidence it is that The Scientist inaugurates 2016 with a feature entitled “The Evolution of Cooperation.” I am writing this editorial at the end of an extraordinary week during which two topics of prime interest to scientists have been the subject of international gatherings: the use of gene editing to manipulate human genomes and the adoption of measures to slow global warming. Cooperation among scientists, regulators, and governments is the only path to the resolution of these two complex issues.

The International Summit on Human Gene Editing met in Washington, DC, from December 1–3 to consider the scientific, medical, and ethical considerations surrounding the study and use of newly developed methods for altering human DNA. Much of the conversation involved the CRISPR/Cas method, a technique that has exploded over the last few years due to its relative simplicity and precision. Researchers are now...

In the same week, contingents from nearly 200 nations have gathered in Paris for the 21st annual Conference of the Parties to the United Nations Framework Convention on Climate (COP21), a 12-day marathon in which attendees will attempt to agree on measures to cut carbon emissions. The need for cooperation is already abundantly evident. While government officials, not scientists, are doing the negotiating, the research community’s presence is obvious. “Unlike at previous climate talks, countries are coming to the table with science-backed contributions that challenge the business-as-usual approach,” writes climate researcher Eric Rehm, who traveled to Paris to support a positive outcome of the conference.

Here, Ford Denison and Katherine Muller examine cooperation’s role in the evolution of multicellularity, the influence of competition, and the pluses and minuses of cheating. “The key to harnessing such cooperative relationships is to understand them at the most basic biological levels. Continued research on within- and between-species cooperation will be nec­essary to make the most of our social world,” they write.

Antibiotics seriously mess with the cooperation between us and our gut microbiome. In our cover story, “Viral Soldiers,” Jyoti Madhusoodanan reports on the therapeutic use of viruses that infect specific bacteria—phages for short—to circumvent both the wholesale disruption of the microbiome by antibiotics and the enormous problem of antibiotic resistance. A 2014 review estimated that worldwide deaths from antibiotic resistance could total 10 million people per year by 2050. Phage treatments are not new and are available in some clinics overseas, but they may be due for a “second coming” in mainstream medicine if research into their efficacy pans out.

Next-generation sequencing has been a godsend to untangling the role of RNA epigenetics and has generated a plethora of new of research aimed at uncovering the functions of such marks. Transcriptome-wide mapping of the human genome has shown that the most prevalent transcript modification, methylation of adenosine at position N6, occurs at more than 12,000 sites in 7,000 coding genes and 250 noncoding regions. “Dysregulation of this modification has already been linked to obesity, cancer, and other human diseases,” write Dan Dominissini, Chuan He, and Gidi Rechavi, rounding out our first three feature articles for 2016.

We’ve got many more in store for you this year, our 30th.