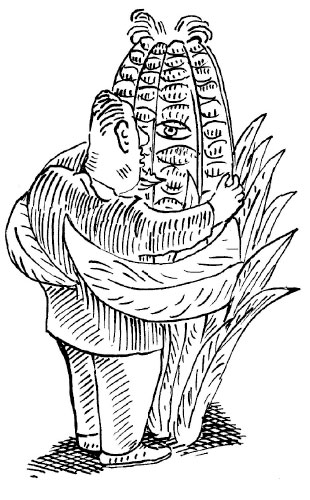 ANDRZEJ KRAUZEPlants are far older than most people realize. Although exact dates are hard to pin down, scientists suspect that a single group of green algae colonized terrestrial environments somewhere between 630 million and 510 million years ago. Before that evolutionary leap, photosynthetic microbes in freshwater lakes were likely churning out oxygen as long as 1.2 billion years in the past, a labor that started to make Earth’s atmosphere more hospitable to life about 850 million years ago.

Fast forward through the epochs, and plants evolve into a dizzying kaleidoscope of form and function, while some species that look remarkably similar to the ancestors of all plants still survive. As plants did their evolutionary thing, animal life arose and struck up an eons-long love affair with the plants that preceded them. Then, just a hot second ago geologically speaking (about 6 million years ago), a curious creature climbed...

From our ancestors’ departure from their arboreal swinging grounds, to the grassy savannahs where yet more forebears would rise and fall, to the first agriculturalists, whose toil would bend plant life to human will, plants have been humanity’s constant companion, sustainer, and savior.

For all that plants have done for Homo sapiens and our ancestors, humans still have so much to learn about Kingdom Plantae.

As farming practices spread, writing and culture were born. Again, humans looked to plants as the raw material for the transmission and propagation of knowledge. Reeds and, later, trees would serve dutifully for millennia as vessels that ferried accumulated wisdom from mind to mind. And eventually, wood from centuries-old trees formed the bodies and masts of ships that would spread humanity to every corner of the globe.

But for all that plants have done for Homo sapiens and our ancestors, humans still have so much to learn about Kingdom Plantae. For example, researchers are just now determining how plants interact with myriad microbial taxa in, on, and around them. And new insights are emerging every day into the rapidly evolving pathogens that attack plants and how botanical defenses have kept pace, fighting microbial onslaughts through the millennia.

At this point in humanity’s relationship with plants, the stakes are high. As the global population mushrooms, researchers and agriculturists are working ever harder to spark yet another agricultural revolution. With a projected human population of 9.7 billion by 2050, we’ll need an enhanced form of agriculture to ensure that everyone is fed.

Genetic modification, supercharged with cutting-edge genome editing technologies, represents the latest intertwining of our fates. While the practices still face some popular distrust, scientists and most clear-headed consumers know that using every bit of human knowledge at our disposal (and innovating into the unknown) to provide for ourselves is the only way forward as a global community. Such thinking worked when the first farmer hoed a furrow into the soil and dropped in a line of seeds; it served agriculturists as they carefully considered how to breed advantageous traits into crop plants; and it just may save humanity again as researchers work to engineer disease resistance, drought tolerance, and other valuable qualities into our cultivated fruits, vegetables, and grains.

This issue is a celebration of the work that researchers are doing to further the human-plant marriage so that we might enjoy many more years here on our verdant planet.