Pretending to be a javelin aficionado is one thing. Professing to have real insight into the ongoing pandemic is quite another.

COVID-19 has caused disruptions large and small for months now. In late March, the International Olympic Committee postponed the start of the 2020 summer games in Tokyo, which was scheduled for this July. Among the many disturbances sparked by this worldwide disease outbreak, this one is not the gravest by far. But thinking about how I behave while watching the Olympic Games, summer or winter, I can’t help but compare my behaviors to some of the reactions and opinions being shared by the public regarding coronavirus during this uncertain and unnerving time.

I don’t consider myself a huge sports fan (though I can scarcely think of a more enjoyable way to fritter away a Saturday afternoon than lying on my sun-drenched couch nodding off in front of a televised baseball game). But when the Olympics are being broadcast, I transform into an armchair commentator, catching a full-blown case of what I like to call “Olympic fever.” Biathlon, hammer throw, curling, Greco-Roman wrestling . . . whatever happens to catch my attention on any particular day, I submerse myself in the action until I actually start believing that I possess—and must share—some special insight into the sport. Never mind the fact that I know virtually nothing about the intricacies of hurling a giant steel object attached to a ropy tether through the air: “Ooh! He pulled his elbow in too early on that one. That’s going to cost him.” I’ve seen the same behavior in fellow spectators, and sharing this excitement and instant familiarity with a heretofore unfamiliar event is all part and parcel of enjoying the experience, in my opinion.

Unfortunately, I’ve noted a similar phenomenon in people living through the COVID-19 pandemic. And it’s not so benign as feigning expertise in an arcane sport. Almost overnight, people who have had little exposure to epidemiology or virology—much less a formal background in these complex scientific disciplines—have what they present as well-formed and thoroughly researched opinions on the realities of this public health emergency. 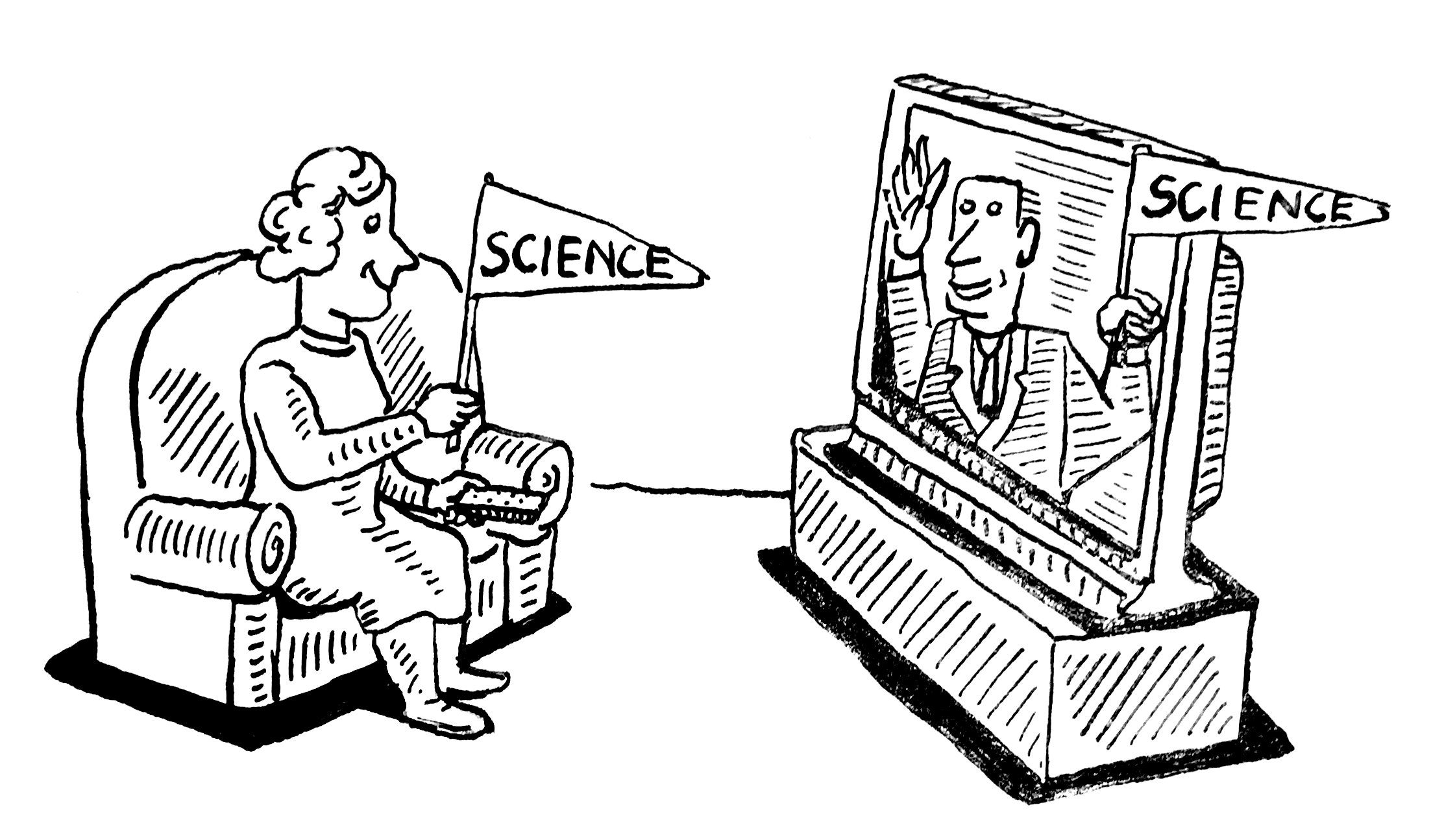 At least part of the blame for the recent proliferation of armchair experts is the raw amount of information at our fingertips. In a way, it makes sense that casual observers feel empowered and emboldened to opine on the scientific realities of such an important global event. People are scrambling to learn from myriad outlets everything they can about the virus and its spread. If every bit of news being broadcast were evidence-based and accurate, this smorgasbord of material would cause few problems. But sadly, we know this is not the case. It seems that this global emergency has worsened an already festering problem with information dissemination, mostly via the internet. Now more than ever, misinformation suffuses the stream of stories that we are absorbing. In a recent analysis published in BMJ Global Health, Canadian researchers reported that more than a quarter of the most viewed COVID-19 videos on YouTube contained “misleading information, reaching millions of viewers worldwide.”

To be clear, I’m not suggesting that people should not have opinions about the course of events unfolding in our world or about the actions being taken by organizations, public health officials, or governments. On the contrary, they should. Diverse points of view brought to the table by people experiencing this pandemic within their own set of circumstances will help inform a variety of decisions. But as we battle SARS-CoV-2, science, evidence, and reason are our sharpest weapons. And the most responsible attitude for the nonscientist (and the noneconomist, for that matter) to adopt is one of humility and deference. Being interested in and following along with the scientific details of this pandemic as researchers and other experts learn more about the pathogen and how people are affected by it is one thing. Forming a calcified stance on how and when corrective actions should be taken based on a cursory and hastily assembled understanding of the biology or economics involved in this complex and difficult situation is quite another.

Unfortunately, the new reality of mis- and disinformation is something our global society will live with now and for years to come. We at The Scientist, along with our colleagues in science journalism, will continue to combat this foe by trying to engage people’s attention with accurate and data-driven stories. In the meantime, everyone can work to stem the tide of faulty logic, conspiracy theories, and intentional obfuscation by invoking a phrase that has become all too rare in our information age: “I don’t know.” That may be a hard sentiment to conjure in an era where most answers come literally at the click of a button and when uncertainty can be as terrifying as the microbial threat we face. But now, more than ever, it is crucial that we respect the hard-won experience and knowledge of scientists and public health experts, supporting their efforts and valuing their advice with the trust they deserve.