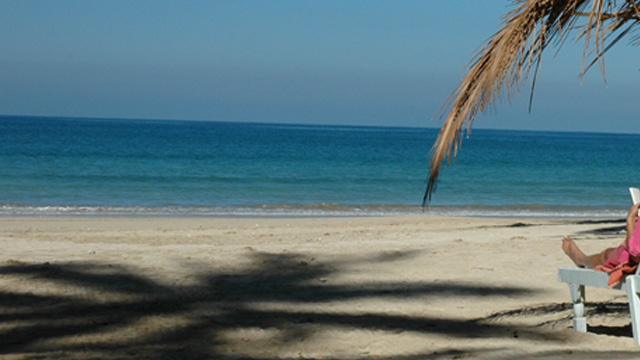 SXC.HUTo human denizens of the Northern Hemisphere who live near enough to the ocean, the dog days of summer bark out the message to head for the beach. Apparently, the term derives from the Latin dies caniculares, coined by the ancient Romans, who saw the star Sirius (in the constellation Canis Major) as a harbinger of summer’s heat. Aristotle seems to have used the term even earlier, though, in his Physics, discussing our recognition of an inherent order in nature: “We do not ascribe to chance or mere coincidence the frequency of rain in winter, but frequent rain in summer we do; nor heat in the dog-days, but only if we have it in winter.” (Book II, Part 8)

So, you’ve deserted your lab for the beach, because a running dive into the waves is the perfect antidote to the sweltering days of July...

Of course, there are all kinds of beaches, and if you’ve headed to one near a large urban area, it’s likely to be pretty packed. You might view the actions of your fellow beachgoers with newfound interest after you read Cristina Luiggi’s article “Crowd Control,” about the surprisingly complex behavior displayed by individual molecules, cells, or whole organisms when they act together as a collective. This month’s extraordinary cover image is a strikingly beautiful example of intricate collective behavior exhibited by the soil-dwelling bacterium P. vortex.  Studying bacterial models and, more recently, placozoans—one of the simplest animals—may help to tease apart the evolutionary roots of multicellularity.

With the planet’s oceans warming, Aristotle’s dog-day remark is interesting to contemplate.

You’ll find a more worrisome example of behavior that can sometimes become scarily collective in Megan Scudellari’s feature “Worried Sick,” about the nocebo effect. What she calls “the dastardly sibling of placebo,” nocebo actually causes people to become ill from negative expectations of the effects of a drug or medical procedure. “In places like primary care, people are swim­ming in placebo and nocebo effects,” one researcher told her. Scudellari reports on the ethical difficulties of studying nocebo and possible solutions, some of which are decidedly controversial, for controlling the effect.

On a different note, by the time you have this issue in your hands, the US Supreme Court may have handed down a ruling on the patentability of human genes, an outcome with much at stake for the biotech community. The particular DNA in question is that of the BRCA genes and shorter isolated products derived from them. Joan Ellis, a molecular biologist turned patent attorney, carefully lays out the facts of the case in her Critic at Large article “On Patenting Genes.”

There’s much more between this month’s covers. So if you are escaping the lab for the beach, take The Scientist with you. And don’t forget the sunscreen. 