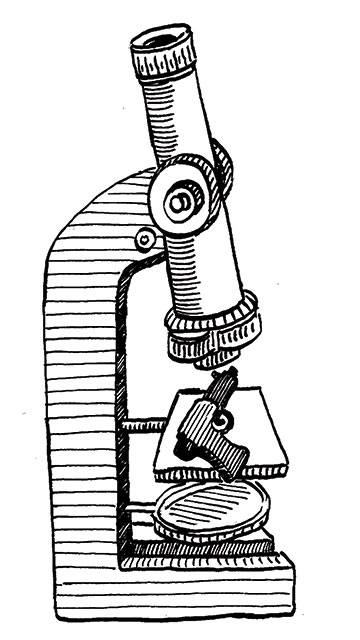 ANDRZEJ KRAUZEThis issue of The Scientist is devoted to the science, funding, and drug development directed toward rare diseases. As illustrated here, various countries define “rare” in this context differently: in Chile, for example, a disease is rare if it afflicts at most 50 out of 100,000 citizens, while in South Korea, no more than 5 people out of 100,000 may suffer from the malady for it to be categorized as rare.

But in the U.S.—where diseases are deemed rare if they affect 64 out of 100,000 people or fewer—recent tragedies demand that we take a look at another scourge that claims lives at an alarming rate: the disease of gun violence. According to researchers at the US Centers for Disease Control and Prevention (CDC), more than 32,000 Americans die and more than 67,000 people are injured by firearms each year (Prev Med, 79:5-14, 2015)....

Gun violence also shares qualitative characteristics with other rare diseases. The majority of rare diseases result from genetic mutation, many at a single locus in the human genome. According to Global Genes, a nonprofit rare-disease patient advocacy group, 50 percent of the people affected by rare diseases are children. Much like random mutations to crucial genes, bullets strike without warning and sometimes hit the young.

As with the study of rare diseases that affect Americans, gun violence research lacks adequate support from the US government. Though securing federal or private research funding to study any rare disease is challenging, as editor Diana Kwon documents, the dearth of governmental dollars devoted to gun violence is programmatic. For 22 years, the CDC has been severely restricted from conducting gun-related research by the Dickey amendment, named for former Congressman and National Rifle Association supporter Jay Dickey (R-AR), who authored the legislation in 1996.

After the tragic mass shooting that took 17 lives at Marjory Douglas Stoneman High School in Florida earlier this year, the political will to reverse this unfortunate fiscal reality may be emerging. In March, Congress inserted into a spending bill language essentially freeing up funding for the CDC to conduct gun violence research. President Donald Trump subsequently signed that bill and the attached report into law.

I sincerely hope that with more attention and activism drawn to the senseless and random blight of gun violence in America, this rare disease can be addressed, understood, and prevented using the strength of research and scientific inquiry. As Dickey himself told The Washington Post, before dying early last year at age 77: “We need to turn this over to science and take it away from politics.”