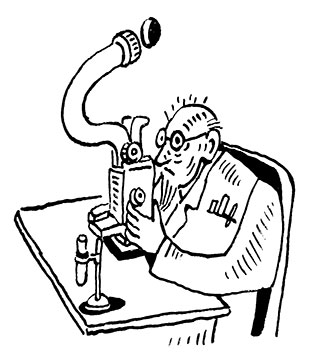 ANDRZEJ KRAUZEThe Scientist’s bread-and-butter stories are those about the intricacies of biology: neuronal networks, metabolic pathways, immune regulation, molecular dynamics, etc. But for too long, we’ve given short shrift to the one event that sets these processes in motion in almost all of the planet’s multicellular organisms: sex. So we have devoted an entire issue to the subject, its motivations, its attendant behaviors and physiology, its evolution, and its future.

We humans have created many euphemisms for sex: the horizontal mambo, the old in-and-out, gland-to-gland combat, making the beast with two backs, a roll in the hay, the four-legged frolic, bumping uglies. These playful turns of phrase bear testament to the fact that we’ve tethered emotion, sentiment, and memory to a basic physiological process. Is it really surprising that evolution’s most complex brain entangled the biological imperative with so much emotion and meaning? Sex fascinates us, inspires...

But sex, like so many other biological phenomena, is neither beautiful nor ugly, good nor bad. It simply is. In the cold light of scientific fact, our large brains are also capable of deconstructing and demystifying sex, and of asking the question: Why has sex become so pervasive and enduring among animals?

Is it really surprising that evolution’s most complex brain entangled the biological imperative with so much emotion and meaning?

That deceptively simple question and science’s continued inability to provide a satisfying answer form the basis of Megan Scudellari’s feature. As she explains, the standard answer—that sex is a great way of reshuffling genes to generate more-diverse populations that might better weather environmental changes—is likely only one factor in the cost-benefit analysis.

Regardless of how or why sex evolved and became so widespread, its ritualistic deployment is far from ordinary. No other evolutionarily conserved phenomenon has grown into a theme so brilliantly improvised upon across the animal kingdom. Finding and attracting a mate has given rise to some of the most colorful adaptations in nature.

Beyond the pomp of courtship, science is exploring the multifarious ways in which sex itself is practiced: precoitus—as behavioral and anatomical differences play out among competing individuals; midcoitus—as sexual apparatuses vary in the ways they donate, receive, and even expel sperm; or postcoitus—as gametes jostle for the decisive prize of fertilization among a sea of manipulative seminal-fluid proteins (see “Semen Says”). Alternative reproductive tactics, which typically involve morphologically distinct subordinate males sneaking around behind the backs of their dominant counterparts, and postcopulatory selection, where sexual selection extends beyond the act of choosing a mate and into the female reproductive tract, provide ample fodder for two other features in this issue: “Sly Guys” and “The Hidden Side of Sex.”

This issue also includes a thoughtful debate on how research findings are used in the public and political forums. In the Critics at Large, two leading figures in the search for the biological roots of homosexuality, National Institutes of Health scientist emeritus Dean Hamer and Northwestern University psychologist Michael Bailey, debate the responsibility of researchers studying the innate aspects of sexual orientation.

As is the case with any interesting scientific topic, there is more information on the science of sex than we could possibly squeeze into these pages. We trust you’ll be as intellectually stimulated reading this issue as we were researching, writing, and editing it.