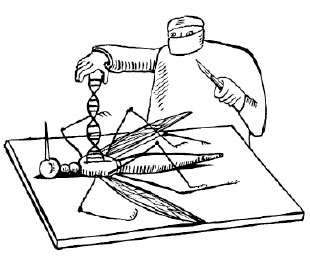 ANDRZEJ KRAUZEAt the end of October 2015, alarm bells began ringing: hundreds of pregnant women in northeastern Brazil were giving birth to babies with unusually small heads and an unusual pattern of very severe neurological damage. Epidemiologists observed an association of the condition with the mothers’ infection by a mosquito-borne virus called Zika early in pregnancy, and researchers raced to demonstrate a causal relationship. The virus generated such buzz (and fear) that reports were omnipresent throughout 2016, both in the popular media and in the scientific literature. At one point, officials considered canceling the 2016 Olympic Games, which were eventually held in Rio de Janeiro in August with no cases of infection reported.

Last February, as infections continued to mount across Latin America and the Caribbean, the World Health Organization (WHO) declared Zika a “public health emergency of international concern.” After visitors to countries in those regions returned...

As the epidemic evolved, life scientists reached across disciplines to immediately and openly share results that could shed light on why the virus can be so damaging and how its spread might be controlled. To search for clues on how to rein in the virus, the Zika genome was sequenced in short order, and mosquito researchers formed the Aedes Genome Working Group, which rushed to assemble a more-complete map of the DNA sequence of A. aegypti, a mosquito that transmits not only the Zika virus but also dengue and chikungunya.

While Zika hogged the headlines in 2016, a mosquito of another genus, Anopheles, continues to play its ages-old role as carrier of the parasite responsible for a scourge suffered by millions upon millions—malaria. Because no vaccine exists yet, researchers are investigating improved methods to manage the parasite’s spread by tinkering with the mosquito itself. In this issue’s cover story, Tony Nolan and Andrea Crisanti write about how knowledge of the mosquito genes responsible for key behaviors can inform the design of gene drives—the insertion of genetic elements into the insect’s DNA that are selectively inherited and could result in a radical diminution of mosquito populations. But while gene drives “are species-specific, self-sustaining, and have the potential to be long-term and cost-effective,” the authors write, “the deci­sion to deploy a gene drive technology does not, and should not, lie with the sci­entists who design it.”

Even though the value of a gene drive that wipes out the insect carrier of a disease that affects millions is obvious, implementation of such methods remains highly controversial, and a careful appraisal of the approach’s ethical and ecological implications is imperative.

Other articles about controversial issues can be found in “Ethical Considerations of Three-Parent Babies,” which lays out the ethical issues surrounding mitochondrial replacement therapy, and suggestions about how to deal with the glut of life science PhDs (“Addressing Biomedical Science's PhD Problem”).

Scientific research is no stranger to controversy. And when we dig it up, you can be sure we will share it with you.