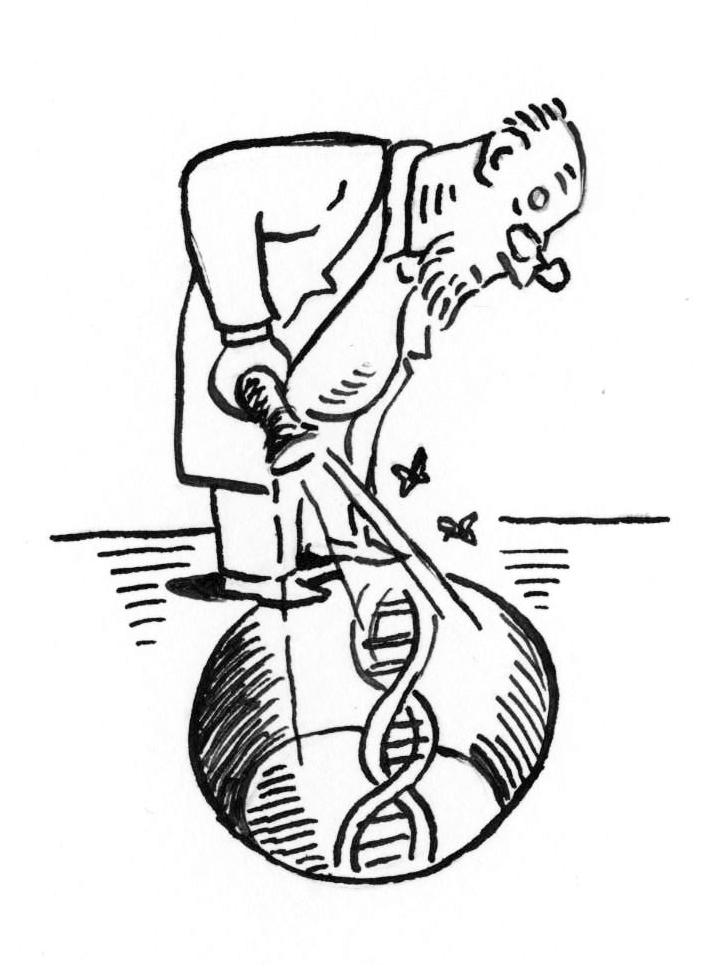 Earlier this year, I ordered a genetic sampling kit from a website, rubbed a cotton swab vigorously on the inner surface of my cheek, sealed and returned my biological sample via the US Postal Service, and some weeks later, received information about the DNA that sits inside my cells. In doing so, I joined the ranks of millions of people—more than 12 million as of the end of 2017—who’ve explored their own genetic blueprints in similar fashion.

So what did I learn from dipping my toes into the bustling direct-to-consumer (DTC) genetics market? The cocktail party talking points are too numerous to list, but here’s a taste: I’m 0.9 percent Ashkenazi Jewish, devoid of two of the genetic variants associated with celiac disease, likely to wake up around 8:02 AM (strike one, DTC genetics company), and unlikely to have a bald spot (strike...

Even if the results are not 100 percent reflective of my biological reality, these insights are entertaining, and can inform decisions—whether accurate or not—concerning diet, exercise, sleep, procreation, and a suite of other choices for how to behave in light of my genetic backdrop. But in a clinical setting, via a different DNA test, I also recently learned that I harbor abnormalities in a gene whose dysfunction leads to a very serious condition.

At first, I greeted this newly acquired knowledge with something like relief. I am in fine fettle, and have been so for 40+ years of life. Therefore, my children, should they too have the variant, are likely to continue enjoying good health through childhood, adolescence, and adulthood—at least in the context of this one tiny bit of genetic makeup.

But as I thought about the molecular mechanics at play, fear and guilt started to creep into my thinking. What if I’m not as flush with good health as I believe I am? Is my ultimate demise encoded in my cells, lying in wait like a patient predator, biding its time before lurching to the surface and snapping me up? And more importantly, could my surreptitiously scripted denouement signal a less rosy outlook for my kids or my unborn descendants? I found myself looking up from my perch in my family tree, wondering about the genetic legacy being passed on from branch to branch.

I also found myself looking down the tree. How many generations of my ancestors carried this now-identifiable genetic change without knowing it? Such is the weight that comes with science’s increasing ability to plumb the depths of life. Learning about the unexpected intricacies of one’s own DNA, about previously undiscovered biological communities, or about unprecedented evolutionary dynamics resulting from recent anthropogenic forces is only half the battle. The other half is ethical and moral.

In this issue, you’ll meet researchers working to characterize a biome that exists kilometers beneath our feet (“Life Thrives Within the Earth's Crust”); realize that ecological damage and evolutionary changes are wrought by light pollution (“The Vanishing Night: Light Pollution Threatens Ecosystems”); and gain a new appreciation for a traditionally vilified tissue that serves vital cellular and molecular, immune and metabolic functions (“Belly Fat Has a Role to Play in Fighting Infection”). These quests, much like the science that goes into illuminating human genetics, are monumentally important. But they should, and often do, lead to more questions, many involving human behavior.

Knowledge brings responsibility. The implications of all the new information science is acquiring extend beyond the laboratory, into the halls of government, the corporate boardroom, and even the family dining room. Here’s to hoping that our species can progress forward, guided by an increasingly robust body of scientific knowledge to lead politicians, educators, businesspeople, and consumers toward more-informed decisions and a better future.