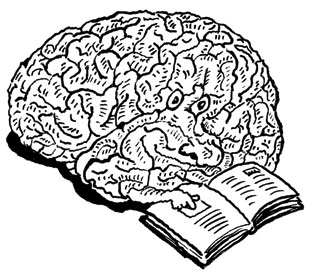 ANDRZEJ KRAUZEFor Proust, it was madeleines; for my kids, pizza. The Brooklyn neighborhood in which they grew up was dotted with pizzerias from which wafted the mouthwatering smells of newly baked pies. Eating pizza was a definite pleasure for them, but evoking the experience was another thing altogether. One of their favorite books was a scratch-and-sniff book that let the reader smell his way through the construction of a pizza—tomato sauce, cheese, mushrooms, oregano, the finished pie—odors remarkably like the real ones. Even scratching the pages now, some 30 years later, you can still inhale faint traces. Or maybe that’s just the scent of memories . . .

Once a year, TS devotes the better part of an issue to one of the senses. In 2011 it was taste; 2012, touch; this year, smell. As we were pulling content together, the staff realized that there...

Humans don’t use antennae to parse odors, as insects do, nor do humans seem to have special organs that respond to a class of compounds called pheromones. While there is little debate about the role pheromones play in eliciting insect reproductive behaviors, and general agreement about their role in certain mammals, there’s plenty of contention when it comes to humans. In “A Pheromone by Any Other Name,” C. Ron Yu lays out what is currently known about the vertebrate vomeronasal organ (found in vestigial form in human infants), the molecular machinery it uses to translate the perception of pheromones into action, and the developing realization that these elusive molecules are involved in more than just sexual behavior.

Behavioral changes are hallmarks of a number of neurodegenerative diseases. And so are disturbances in the ability to smell. In “Smell and the Degenerating Brain,” Richard Doty describes how olfactory loss often accompanies Alzheimer’s and Parkinson’s diseases, and how diagnosing smell dysfunction early could help differentiate between these and other disorders. Doty marshals evidence to support the hypothesis that “cholinergic dysfunction plays a significant role in the olfactory loss seen in a number of neurological diseases.”

This month’s profile, “An Olfaction Odyssey,” describes John Hildebrand’s contributions to the study of smell. He pioneered using the giant sphinx moth as a model to study the development of the insect antennal olfactory system, including a gender-bending experiment that he describes as “one of the greatest ‘wow, gee-whiz’ discoveries” to come out of his lab. And this past January, he and colleagues published in Science what he considers the “culmination” of his work on olfaction: the discovery that action potentials are sparked deep in the brain when a sphinx moth smells an odor that is “behaviorally significant,” and that learned odor preferences can be added to the moths’ innate repertoire.

You can read about optogenetics in many places, but Amber Dance (“Scents in a Flash”) covers the technique’s use in sorting out different aspects of olfaction’s complexity.

Finally, the entire Literature section is devoted to recent scientific publications that relate to olfaction. Two studies use calcium imaging: one to follow scent selectivity by individual neurons in olfactory glomeruli; another to show that a network of as few as 25 nerve cells activated in a Drosophila mushroom body encode enough odor information to explain a fly’s behavior. The third paper reports that odors evoke a neural afterimage that may play a role in memory formation. Madeleines? Pizza?

Next year: the sense of sight.