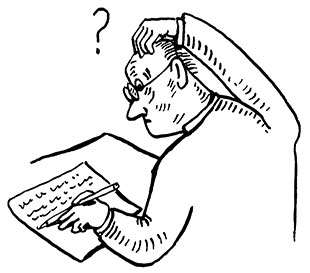 ANDRZEJ KRAUZERecent days and weeks have brought ever-more-alarming reports of Ebola’s march across West Africa. The highly fatal viral disease now has all the hallmarks of an epidemic that is spinning out of control: most of its victims live in poor, rural areas with inadequate health-care systems and tend to be suspicious of hospital personnel and ignorant of how the disease is spread; there is currently no treatment other than strict quarantine and palliative measures, both of which are usually ineffective because they are often applied too late.

In response to the epidemic’s mounting death toll, vaccine research in the U.S. has kicked into high gear, and several small pharmaceutical companies with not-yet-approved strategies for attacking Ebola are finding themselves in the spotlight, not just for the potential of their barely tested treatments, but for the ethical implications of using them at such an early stage. Two...

Another drug aimed at Ebola uses RNA interference (RNAi), a gene-silencing method discovered 16 years ago that happens to be the subject of “The Second Coming of RNAi.” Science writer Eric Bender describes the RNAi-containing lipid nanoparticle designed by Tekmira Pharmaceuticals to silence three of Ebola’s seven genes and reviews other RNAi therapeutics that may one day treat other nasty viral infections, liver disease, and cancer. Bender reports that a Phase 1 human safety trial of Tekmira’s Ebola drug, conducted in May, was put on hold in July “due to problematic immune responses among volunteers given the highest dose.” But as The Scientist reported on August 8, the FDA has “verbally” changed the status of the hold. What this will mean for getting the drug into clinics remains to be seen and many ethical questions surround its deployment.

What’s perhaps most puzzling about the ongoing Ebola outbreak is that researchers still have no idea how the virus is transmitted to humans in the first place: Is it from contact with raw bushmeat? From eating fruit on which an infected bat left droppings?

Here’s another puzzling, if less dire, natural phenomenon: Why are 90 percent of humans right-handed? We didn’t put the chimpanzee on this month’s cover to illustrate tool use, but to focus on which hand the animal is using to extract its termite meal. Observing hand use among nonhuman primates and corresponding asymmetries in their brain anatomy might tell us something about humans’ lopsided handedness ratio. Senior Editor Bob Grant (“On the Other Hand,”) reports on the progress researchers are making in relating handedness to brain asymmetry and in pinning down genes associated with hand preference. An accompanying TS Live video records Bob’s visit with Emory University neuroscientist Bill Hopkins and the chimps whose hand use he studies at the Yerkes National Primate Research Center.

And in the grand scheme of things, an organism’s chosen hand preference may well affect the others in its social group, or even other species with which it interacts. “No individual exists in a vacuum, isolated from the influences of others it encounters,” write the authors of “Beyond the Blueprint,” which examines what effects the genes of your neighbors can have on your own phenotype and explores the reverberations this can send through an entire ecosystem—so-called indirect genetic effects (IGEs). They argue that evolutionary theorists must recognize that IGEs can be key drivers of evolution with far-reaching effects and should be incorporated into models that will allow “more accurate predictions about how biological systems will change in the future.”

From quirky mysteries such as why we prefer to use one hand more than the other to the serious challenges of infectious disease, researchers strive to push the boundaries of science outward to the benefit and edification of all people. This issue celebrates that spirit and the people who embody it. 