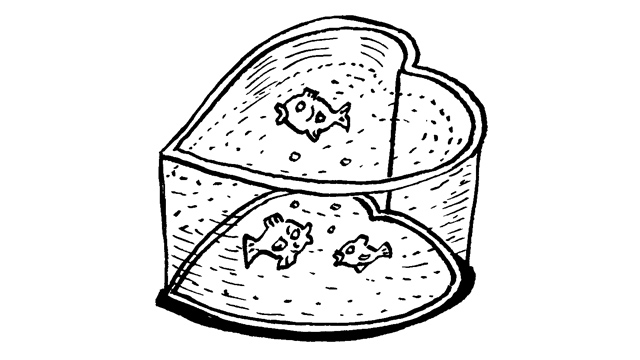 This year, life science researchers bagged both the Physiology or Medicine and the Chemistry Nobel Prizes. Cell biologists John Gurdon and Shinya Yamanaka won “for the discovery that mature cells can be reprogrammed to become pluripotent,” and molecular biologists Robert Lefkowitz and Brian Kobilka “for studies of G-protein-coupled receptors.”

Gurdon was recognized for his pioneering nuclear transplantation experiments, in which he inserted nuclei from adult intestine cells into enucleated frog eggs that went on to hatch into tadpoles, demonstrating that adult genomes can be returned to a state of pluripotency. When the work was published in 1962 (the year Yamanaka was born), “there was virtually no expectation of any immediate therapeutic benefits. . . . It took nearly 10 years for the major result to be accepted,” says Gurdon. Just 6 years ago, Yamanaka reported that he’d reprogrammed adult mouse cells to inducible stem cells...

Just 2 years earlier, the Nobel selection committee rewarded what could also be deemed pluripotent cell transplantation research when it named Robert Edwards the 2010 Nobel Laureate in Physiology or Medicine for his development of in vitro fertilization (IVF). Nature opened the article announcing the news with the following sentence: “Very few scientists can say that four million people are alive because of their work, but Robert Edwards is one of those few.” Clearly, this is basic research that has had an enormous impact.

But in 1978, whirlwinds of ethical and religious controversy greeted the ultimate outcome of Edwards’s many decades of research: the birth of the first successful IVF child, Louise Brown. And IVF has continued to stir the pot, despite those millions of births, mostly because the current practice of transferring more than one embryo in order to ensure at least one successful implantation is attended by significant risks to both the mother and her child/children-to-be.

In this month’s cover story, “Coming to Terms,” Anna Ajduk and Magdalena Zernicka-Goetz describe some exciting new methods for selecting the most viable embryos for implantation—techniques that are not only noninvasive, but may allow transfer to the mother’s womb days earlier. The combination of such methods with advanced genetic screening will enable transfer of just a single embryo, drastically reducing the number of multiple births and increasing the percentage of successful IVF treatments.

Another of this month’s features speaks directly to an ongoing controversy that recently made the front pages of many newspapers: Is omega-3 polyunsaturated fatty acid (PUFA) supplementation beneficial to cardiovascular health? The answer is “no” according to a review and meta-analysis published in the September 12 issue of JAMA. Ethan Anderson and David Taylor review the known effects of PUFAs in preventing and treating cardiovascular disease and propose a counterintuitive mechanism for how omega-3 fatty acids confer beneficial therapeutic outcomes. In an e-mail to The Scientist, Anderson writes that contradictory results have fueled the controversy because “the total daily intake has just been too low to see an effect (< 1 g). The Greenland Eskimo study that started this whole thing in the ’70s noted that the daily intake of these people was on the order of 13–15 g per day!!! Far, far greater than anything that has been attempted in a clinical trial, to date.”

Kary Mullis won the 1993 Nobel Prize in Chemistry for his contributions to developing the polymerase chain reaction (PCR), a technique that is still being refined 19 years later. A Lab Tools column reports on how three labs are upping the ante on the amount of information that can be derived from using emulsion PCR to study recombination hotspots, to tease out cancer biomarkers, and to detect cancer cells earlier.