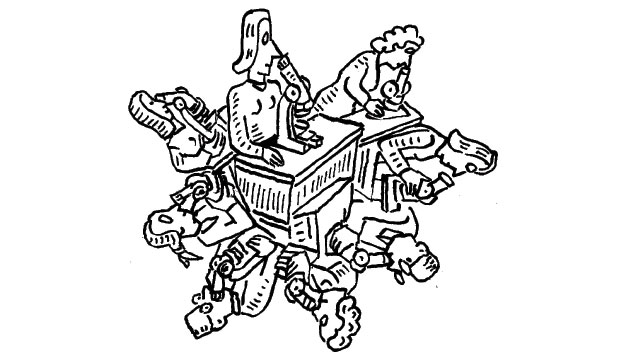 Sometimes it seems as though cancer research itself is metastasizing. Every day, we learn about new approaches to understand, prevent, and vanquish the many-headed monster that is cancer. But this is a beneficial, not a malignant, growth of knowledge and insight. The complexity in how we conceive of and learn about cancer mirrors the intricate—and on some levels still mysterious—workings of the disease. The efforts to beat cancer, which is actually a constellation of different diseases rather than a single malady, must spread and adapt to match the vagility of the foe.

In recent years, a fruitful strategy in the race to outpace cancer is to exploit the body’s own compromised defenses to awaken and mount an attack against rapidly dividing cells. Previously, and per the current standard of care, doctors primarily attempted to eradicate cancer through exposure to harsh chemicals or damaging radiation. But now, the...

In this issue of The Scientist, we explore a few of these exciting developments in cancer research. Here, author Amanda Keener dives into the peculiar behavior of macrophages, large immune cells that typically make their living gobbling up worn-out cellular components or invading pathogens in the body. For many years, scientists noticed that some cancer patients with a pronounced profusion of tumor-associated macrophages (TAMs) tended to experience enhanced tumor growth and poorer outcomes. But in the past decade, researchers have gained a still-emerging appreciation of the potentially therapeutic role of macrophages in cancer.

At least in some cancers, tumor cells lacking certain “don’t eat me” signals are available to the rapacious appetites of macrophages. While the picture is by no means crystal clear—as is the case with much of cancer biology—the recent findings represent a potential foothold for new strategies that might add these immune cells to the arsenal of recently approved immunotherapies that already actively target tumors.

Interestingly, clinical trials that test the anti-cancer strategy of tamping down macrophage recruitment and activity and those that seek to enhance the tumor-fighting capacity of the immune cells are both underway. Only time and data will tell which approach proves more viable.

In another feature article, “Make Me a Match,” contributor Anna Azvolinsky runs down the state of knowledge regarding combining different cancer drugs to hit the disease at multiple points in its life cycle. The strategy has yielded promising combos, but surprisingly, the field arrives at these formulas using a variety of methods—some of which are less rigorous than others. “What’s going on right now in early clinical development is that some companies look at their portfolio of agents, come up with a combination, and then pursue a scientific rationale of varying quality,” University of Pennsylvania researcher Peter Adamson tells Azvolinsky.

More rationally designed combination generators are in the works. Hypothesis-driven modeling, relying upon an understanding of the multiple pathways that feed the development and spread of cancer, is producing interesting drug groupings that are wending their ways through clinical trials as well.

Beyond the treatment angle, cancer researchers are making strides in understanding basic principles in the behavior of cancerous cells. Metastasis is surprisingly understudied, according to Keener’s Lab Tools piece. Again, science is pushing the envelope, coming up with new ways to model metastatic dynamics in living laboratory animals.

On a non-cancer note, we’re proud to feature on this month’s cover a beautiful illustration of a little-known biological phenomenon. Perineuronal nets, the subject of our April cover story, play a role in modulating how neurons are able to form connections, change with environmental inputs, and even store memories.

This issue of The Scientist reminds us that scientific knowledge has much room to grow and spread. From watching scientists propel basic biology along, learning ever more about life’s seemingly boundless complexity, to observing researchers developing the treatments that may one day stamp out ills that have plagued humanity from time immemorial—how fascinating it is to watch it all unfold.