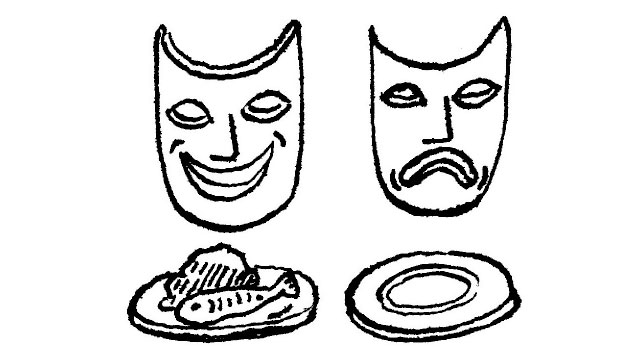 A couple of months ago, I was reading a graphic novel with my children, and one of the characters voiced this well-constructed line: “Food is the prize of living.” The simplicity of the thought appealed to me—that life comes with a handful of pleasures that compel us to march onward and, in some instances, serve as fuel for that march. But as we at The Scientist assembled this issue on the science of pain, my mind eventually wandered to the other side of that coin. If pleasures such as food, laughter, or dreams are the prizes of living, I thought, then surely pain is the penalty.

Pain is a penalty we all pay, to some degree. The lucky among us experience it only intermittently: the searing singe of a hot pan, the twang of a stubbed toe, the stab of a bee sting. But a growing cohort—some 50...

For all the mystery that shrouds pain, science is making strides in explaining it.

For a sensory experience so familiar to humanity, pain remains a stubborn mystery; science is still struggling to understand its full complexity. Doctors don’t have an objective way to measure pain, researchers don’t have a complete grip on the biology of chronic pain, and drug developers haven’t yet arrived at the most effective and safest strategies to alleviate pain.

Yet for all the mystery that shrouds pain, science is making strides in explaining it. Here, researcher Mark Hutchinson describes progress in characterizing the role of glial cells in chronic pain. These immune-like cells of the central nervous system aren’t mere support for neurons but can modulate neurons’ likelihood of firing, sometimes encouraging them to send sensations of pain to the brain even in the absence of an immediate bodily insult. Meanwhile, other researchers are looking to sodium channels on the surface of neurons as targets for pain relief. Editor Catherine Offord reports that researchers have learned that loss-of-function mutations in the gene for a particular sodium channel result in a syndrome characterized by the complete absence of pain sensation, while gain-of-function mutations in the same gene cause excruciating pain. These findings make the channel an attractive drug target, but realizing the therapeutic potential has proven tricky. “In principle, it may be a good target,” one researcher tells Offord. “However, from what we have seen in recent years, [exploiting] it seems to be really complex and difficult.”

This special issue covers other strategies for treating pain as well. For example, researchers have spent decades prospecting for novel analgesics in the animal toxins that activate or inhibit mammalian pain pathways, and now, they’re using modern technologies and methods such as genomics and proteomics to aid their search. Meanwhile, scientists working to develop safe and nonaddictive painkillers are ever closer to accomplishing that goal, though for now, traditional opioids remain the go-to treatment for the vast majority of pain patients.

As we enter 2018 and bid 2017 goodbye, we at The Scientist wish you a New Year filled with life’s prizes. And as we all encounter the penalties that come with our intricate biology, may we face them with the knowledge that smart people are working every day to better understand and more effectively combat our pain.