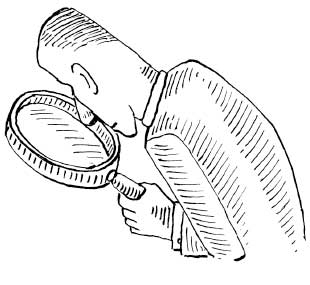 ANDRZEJ KRAUZELittle things mean a lot. To any biologist, this time-worn maxim is old news. But it’s worth revisiting. As several articles in this issue of The Scientist illustrate, how researchers define and examine the “little things” does mean a lot.

Consider this month’s cover story, “Noncoding RNAs Not So Noncoding,” by TS correspondent Ruth Williams. Combing the human genome for open reading frames (ORFs), sequences bracketed by start and stop codons, yielded a protein-coding count somewhere in the neighborhood of 24,000. That left a lot of the genome relegated to the category of junk—or, later, to the tens of thousands of mostly mysterious long noncoding RNAs (lncRNAs). But because they had only been looking for ORFs that were 300 nucleotides or longer (i.e., coding for proteins at least 100 amino acids long), genome probers missed so-called short ORFs (sORFs), which encode small peptides. “Their diminutive...

How little things work definitely informs another field of life science research: synthetic biology. As the functions of genes and gene networks are sussed out, bioengineers are using the information to design small, synthetic gene circuits that enable them to better understand natural networks. In “Synthetic Biology Comes into Its Own,” Richard Muscat summarizes the strides made by synthetic biologists over the last 15 years and offers an optimistic view of how such networks may be put to use in the future. And to prove him right, just as we go to press, a collaborative group led by one of syn bio’s founding fathers, MIT’s James Collins, has devised a paper-based test for Zika virus exposure that relies on a freeze-dried synthetic gene circuit that changes color upon detection of RNAs in the viral genome. The results are ready in a matter of hours, not the days or weeks current testing takes, and the test can distinguish Zika from dengue virus. “What’s really exciting here is you can leverage all this expertise that synthetic biologists are gaining in constructing genetic networks and use it in a real-world application that is important and can potentially transform how we do diagnostics,” commented one researcher about the test.

Moving around little things is the name of the game when it comes to delivering a package of drugs to a specific target or to operating on minuscule individual cells. Mini-scale delivery of biocompatible drug payloads often needs some kind of boost to overcome fluid forces or size restrictions that interfere with fine-scale manipulation. To that end, ingenious solutions that motorize delivery by harnessing osmotic changes, magnets, ultrasound, and even bacterial flagella are reviewed in “Making Micromotors Biocompatible.”

While technological advances continue to home in on the little (and little-known), doing so can also raise thorny ethical issues. In the same week that saw publication of the syn bio–inspired Zika test, two research groups reported the surprise result that human embryos can be cultured in vitro beyond the stage (seven days) at which this tiny mass of cells burrows into the wall of the uterus. Both research groups terminated the experiments before the embryos reached 14 days of development, the legal limit for study of human embryos in the lab. (For an MRI view of a 13-day embedded embryo, see “Notable Science Quotes.”) Because the early stages of human embryonic development are essentially a black box, revisiting the ethical implications of this rule is under intense discussion.