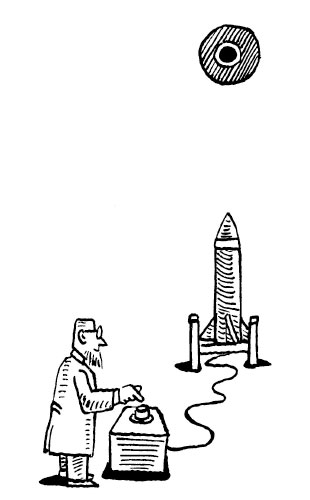 ANDRZEJ KRAUZELast year, Vice President Biden said that with a new moonshot, America can cure cancer . . . .Let’s make America the country that cures cancer once and for all.

The time has come in America when the same kind of concentrated effort that split the atom and took man to the moon should be turned toward conquering this dread disease. Let us make a total national commitment to achieve this goal.


In the decades separating these statements, such exhortations and promises didn’t come only from politicians; many scientists have also claimed that eradicating cancer was within reach. Beginning in February 2003, Andrew von Eschenbach, who served as director of the National Cancer Institute from 2002 to 2006, repeatedly named 2015 as...

So, in 2016, what’s the right degree of optimism to adopt? Treating cancer is enormously complicated by the fact that it is not a disease with just one root cause. It’s not even a single disease. But as massive databases accrue ever-more genomic information on myriad tumor types, cancer’s molecular underpinnings are coming into focus and beginning to guide the design of tailored therapies. Still, many conundrums remain.

This issue of The Scientist looks at progress in solving a number of those. Otto Warburg knew almost 100 years ago that tumor cells metabolize glucose differently than healthy ones. In “A Different Way of Doing Things,”  Kivanç Birsoy and David Sabatini dive into the diverse ways that cancer cells reprogram their own metabolism to fuel their rapid proliferation. New findings about these altered metabolic pathways are pointing to novel therapeutic possibilities for stunting cancer’s growth.

An appreciation for the importance of a tumor’s surrounding environment has also been growing for some time now. Solid and fluid pressures exerted by and on tumors influence proliferating cancer cells starved for nutrients and oxygen, and affect inflammation, metastasis, and drug delivery. Lance Munn and Rakesh Jain describe the interplay between cancer cells and components of the extracellular matrix (ECM) in which a tumor resides (“The Forces of Cancer,”). Targeting ECM components such as collagen and hyaluronan to alter physical stress on tumors could aid the delivery of antitumor drugs.

Metastasized cancers cause more than 90 percent of cancer deaths, but how that process occurs is still largely mysterious. An expanded version of The Literature section examines a number of recent reports about how exosomes released by primary tumor cells play a special role in preparing the metastatic site before the arrival of the primary tumor cells themselves. “They’re terraforming the envi­ronment to make it hospitable,” is how one researcher describes it. Exosomes are also possible targets for reducing cancer’s spread.

A relatively new conundrum in cancer research, and a complex one at that, is the role of the microbiome in both spurring and protecting against tumorous growth. Kate Yandell reports on how alterations to the gut microbiome and attendant changes in immune-modulated inflammation have been implicated in the progression of cancer and in the action of many anticancer therapies (“Microbes Meet Cancer”).

Conquering cancer will require deeper dives into genomic data and better noninvasive methods for diagnosing both the presence of cancer and treatment efficacy. “Pulling It All Together” describes system-biology approaches that take this plunge, identifying functional elements, master regulators, and dysregulated but highly conserved genes that may serve as potential new drug targets. And the hype and hope about liquid biopsies is examined in “Banking On Blood Tests.”

There are lots of reasons for optimism, but no shortage of conundrums as researchers continue their quest to wipe out cancer.