ABOVE: MODIFIED FROM © ISTOCK.COM, ZOONO3

At The Scientist, we report stories that deal mostly with the nuts and bolts of biology. Whether we’re writing about cutting-edge cancer research or the latest ecological insights, we tend to focus on new conceptual or technical ground that scientists are breaking in the lab and field, and how this knowledge changes, confirms, or enhances our understanding of living things.

But when one considers the practical ripples that biology sends through societies—issues of public health and the shared goal of minimizing the impact of diseases on a global scale—human behavior and prevention become vitally important. As I write this piece, prevention of this type is on the lips of just about everyone, with infections of the newly discovered SARS-CoV-2 virus sweeping around the world, causing illness and death and prompting closures and cancellations aplenty. Public health officials are rightly championing preventive measures, such as frequent and thorough hand washing and limiting social interaction, as keys to slowing the spread of the novel pathogen.

Prevention has been playing a growing role in other diseases, infectious and otherwise, long before this latest global pandemic. Cancer, the focus of this issue, is ubiquitous, and one would be hard pressed to find a person anywhere on Earth whose life wasn’t in some way touched by the complex and vexing malady. But its distribution is far from uniform. Cancer exists in patches. To be sure, some of these patches, or “clusters” as epidemiologists often refer to them, result from environmental carcinogens affecting populations that are, by dint of geography, occupation, or some other demographic feature, particularly exposed to them. Other clusters, though, owe more to lifestyle factors such as diet, smoking, and the uneven application of preventive measures, such as frequent medical screening and, more broadly, access to quality healthcare.

In 2017, the US Centers for Disease Control and Prevention reported a disturbing trend across the US that strikes at the heart of prevention’s power. “While rural areas have lower incidence of cancer than urban areas, they have higher cancer death rates,” the agency found. “The differences in death rates between rural and urban areas are increasing over time.” Residents of rural areas tend to be poorer, with less access to medical services than their city-dwelling counterparts. This disparity leads not only to a higher death rate in rural places from all cancer types, but also to a higher incidence of some cancer types, such as colorectal and cervical cancers, that can be more effectively treated or avoided altogether with measures for prevention and early detection, such as regular screening. As the oft-quoted Benjamin Franklin once said, “An ounce of prevention is worth a pound of cure.”

This cancer-focused issue features a cover story in which we explore one facet of cancer prevention: exercise. In this feature story, Danish researcher Bente Klarlund Pedersen explains that studies have shown frequent exercise to be useful in avoiding cancer as well as in helping cancer patients lessen the side effects of their cancers and treatments. Her research and that of others is seeking to enumerate the molecular and cellular mechanisms that underlie the benefits exercise seems to offer cancer patients.

I sincerely hope that by the time you are reading this, the thoughtful preventive measures that are being taken now at the recommendation of scientists and public health officials have served to dampen the effect of SARS-CoV-2 and turn the tide of infection and death seen around the world. Only time will tell, but it’s comforting in times like these that researchers are studying the biology of prevention and seeking to apply rigorous science to help people and societies change their behavior, to the benefit of humanity’s health. 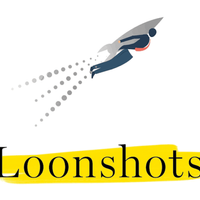