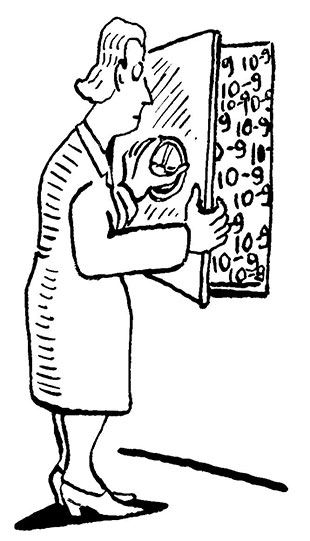 ANDRZEJ KRAUZEGood things come in small packages” is a well-worn saw, but rearrange it to say “small packages of good things are coming” and you’ve got an updated proverb that nicely encapsulates subjects covered in this issue of The Scientist.

There’s nothing small about the number of research articles reporting the potential medical benefits of nanoparticles. The last decade has seen a rash of new journals launched solely to publish studies on the topic, and every week press releases touting novel research in this field are delivered to our inboxes. A number of these discoveries are already well on their way to the clinic. In “Nanomedicine,” we learn that “nearly 50 biomedical products incorporat­ing nanoparticles are already on the market, and many more are moving through the pipeline, with dozens in Phase 2 or Phase 3 clinical trials.” Authors Guizhi Zhu, Lei Mei, and Weihong...

There’s nothing small about the number of research articles reporting the potential medical benefits of nanoparticles.

Manifesting the truth of our new proverb means that the many different types of nanoparticles being designed for biomedical use must not only be efficacious, they must also be safe. Safety is the clarion call raised in a Critic at Large piece, “A Matter of Size,” by Scott McNeil, director of the Nanotechnology Characterization Laboratory. Launched a decade ago by the National Cancer Institute to help “accelerate the pace at which cancer nanomedicines get into clinical trials,” McNeil explains, the lab is dedicated to working with researchers to characterize the true physical properties—size range, charge, purity, and stability—of the nanoparticles they devise. “Reliable, validated characterization data will provide a more complete picture of the nanomedicines in development and serve as a foundation for realizing the promise of these new technologies to diagnose and treat disease,” writes McNeil.

Instead of constructing nanoparticles from an array of chemical elements and biomolecules, another tack is to use natural particles already inside our bodies—crafting “magic bullets” that are more likely to evade immune-system attack. Northwestern University’s Chad Mirkin is exploring the use of exosomes, which are naturally secreted by a number of cells, to encase therapeutic RNAs. In this issue, you will learn of much less well-known, keg-shape particles called vaults, varying numbers of which reside in the cell cytoplasm of diverse eukaryotic organisms. Smaller than lysosomes but larger than ribosomes, vaults can fairly be described as “enigmatic.” While their natural function remains unknown, some researchers are exploring methods for packaging medically useful materials inside the nano-barrels. Read all about it in “A Vaulted Mystery” by Eufemia S. Putortì and Massimo P. Crippa, with a sidebar contributed by Leonard H. Rome, whose lab first described the particles in the mid-1980s.

The human microbiome is a lot of small parts, each seemingly trivial, but collectively essential to human existence. What’s a lot? Weighing two to six pounds in a 200-pound adult, the bacteria and fungi that make up the human ecosystem outnumber the cells of our body by a factor of 10 (make that 100 when you include viruses). The gut microbiome has received much of the research and press attention, so The Scientist staff addresses what’s known about the body’s other microbiome locations—the mouth, lungs, skin, vagina, penis, placenta, and breast milk—and how such knowledge can be used to promote health or treat disease.

“You’ve got to think about big things while you’re doing small things, so that all the small things go in the right direction.” Good advice attributed to futurist Alvin Toffler and well-demonstrated by the research covered in this issue.