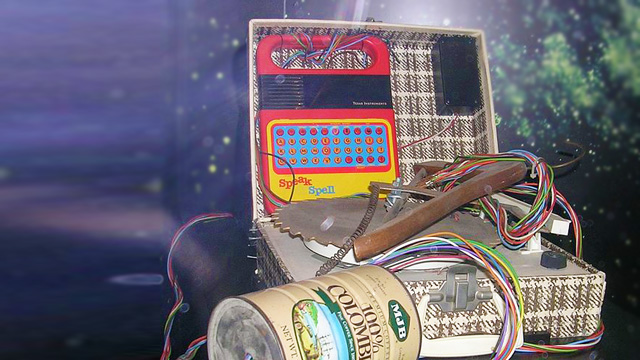 Earthlings have wondered for a long time whether life-forms as smart as we are—or smarter—are out there. Our species finds the idea of intelligent extraterrestrial life so fascinating that it has become a staple of literature, music, and film. Think H.G. Wells’s The War of the Worlds, E.T. phoning home. And the notion may not be so far-fetched, as more and more stars are found to have orbiting planets—853 such planets confirmed as of December 1, a handful of those possibly resembling our own.

Life scientists quickly jumped into distributed computing to solve some of the thornier problems of life as we know it right here on Earth. Launched just one year after SETI@home, Folding@home, founded by Stanford University’s Vijay Pande, and Rosetta@home, launched by David Baker’s lab at the University of Washington, use volunteers’ personal computers and game consoles to suss out how proteins fold (or misfold) into 3-D shapes.

While passively offering your computer to search for extraterrestrial intelligence or to perform protein-folding calculations is certainly appealing, where’s the fun? In this issue of The Scientist, the staff reports on how scientists are recruiting some unlikely but remarkably productive new contributors to research: video game players. Even though most have no science background, players of Foldit, which grew out of Rosetta@home and launched in May 2008, have contributed protein-folding solutions as good as or better than Rosetta’s automatically generated structures. As a number of online games are demonstrating, tapping human brainpower and gamers’ ferocious competitiveness can make solving difficult research problems a lot of fun. The article also reports on the use of video games as therapy for stroke victims and children with autism, and as teaching tools in science and math.

In the plant kingdom, too, collaboration and co-option make amazing things possible. In “Steal My Sunshine,” David Smith starts from the eukaryotic engulfment of a cyanobacterium a billion and a half years ago—an event that would ultimately equip algae and green plants with the “solar-powered generators” known as plastids—and traces the remarkably complex evolutionary journey of these vital organelles. In another article devoted to plant biology “Fighting Microbes with Microbes,” Amy Coombs reports on the amazing parallels between the microbial community that inhabits the human body and the soil’s microbiome, where scads of microorganisms work in concert with plant cells to maintain soil and plant health. A better understanding of how soil microorganisms communicate could lead to the concoction of soil “probiotics”—microbial mixes that support plant health and reduce the use of toxic biocides in agriculture.

This issue also offers articles about a startlingly rich phytoplankton bloom growing beneath Arctic sea ice; new insight into how biofilms wrinkle; ingenious new methodologies for studying protein-protein interactions and monitoring sperm motility; and a paleontologist’s discovery of perhaps the first vertebrate to have sex.

As 2013 begins, we resolve to stay in touch with the latest terrestrial intelligence about advances in life-science research and innovations in technology, both in print and online through our daily news and a series of webinars.