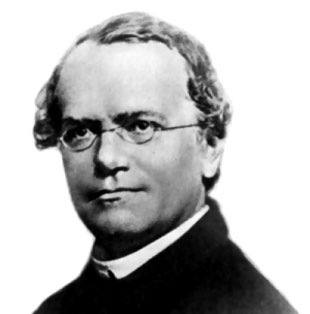 NIH/WIKIMEDIA COMMONSToday, citizen science is a widely discussed movement in biology. Headlines regularly report news of community residents monitoring bacteria in a local pond or playing protein-folding video games in their living rooms—all in support of rigorous scientific research. A small, but growing, number of community laboratories now offer equipment, space, and safety training to support the biocurious. Do-it-yourself biology (DIYbio) has become so trendy that the predominant response to breakthrough genetic studies of the H5N1 avian influenza virus was fear that the information, if published, could be used maliciously by bioterrorists or by amateurs not following proper safety protocols.

Recognizing the importance of these trends, The Scientist editorial team decided to devote a special issue to the topic of DIYbio. The conundrum we encountered, however, was how to define a do-it-yourselfer. Most obvious are the untrained devising homemade experiments. But there are also formally trained scientists working...

Indeed, DIYbio is not new. Even into the 20th century, when it came to procuring research tools and equipment there was little that wasn’t do-it-yourself. Before made-to-order cell lines and microarrays, researchers had to make their own cell culture media, customize their own reagents, and even wash their own test tubes and beakers.

Today’s DIYers are different, however, because they are not following mainstream science. In the last half century, as technology grew prohibitively expensive, researchers were forced to turn to central funding sources, and science became increasingly institutionalized. Tinkerers were no longer welcome. The 21st-century DIYbio movement is now challenging that dogma.

In “Biology Hacklabs,” Megan Scudellari reports on the creation of DIY wet labs that support both established and amateur scientists in fields that were once out of reach for garage innovators. And even in the lab, scientists are once again doing more on their own to avoid spending precious dollars on equipment they can build or repair themselves. (See “DIY in the Lab” and “Sticky Lithography.”)

Of course, the resurrection of DIYbio has the scientific community discussing the risks and regulation of such activities. (See this month’s Critics at Large, “DIYbio: Low Risk, High Potential” and “Regulating Amateurs.”) One arena that has raised particular concerns is clinical research. More than ever before, patients are connected to new scientific information and to each other, and as I report here, they’re taking the initiative to track down promising experimental treatments, dose themselves, and record their results. Could these patient efforts accelerate the drugs’ path to the clinic—or derail FDA-sanctioned trials?

I thought I’d been born too late to be surprised by what science can accomplish, but the exponential growth of a research community outside of an institutional setting is, to me, entirely unexpected. I already knew science was fun; I just didn’t know so many other people thought so too.