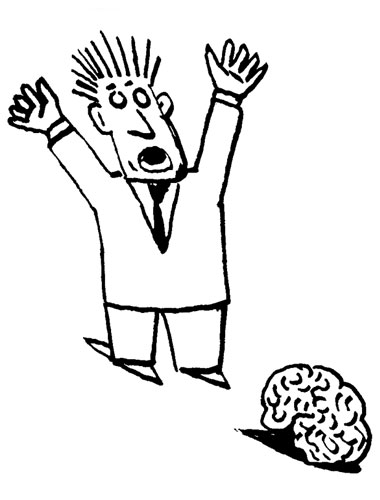 I was delighted to see a couple recent F1000 evaluations that strayed from traditional peer-reviewed literature. F1000 Members Frank Harrell, a biostatistician at Vanderbilt Medical School, and Daniel Beard, a bioengineer at the Medical College of Wisconsin, independently evaluated an article by Jonah Lehrer in The New Yorker magazine, “The truth wears off: Is there something wrong with the scientific method?” (Dec. 13, 2010). Rated “exceptional” and “must read” respectively, the article claims that many, many scientific findings are ultimately not replicable, and attributes this to individual biases brought to experimental and epidemiological research, as well as to the inherent failures of models and statistics. Harrell writes in his evaluation that “clinicians should be far more skeptical of medical journal articles,” and Beard warns that “the real scientific failure occurs when one substitutes statistical for scientific thinking.”

Researchers bring their own values and passions to the lab bench.

We can all relate to misinterpretation and error—but who among us will admit to bias and deception? Yet there’s no denying that a continuum of deception occurs in science, as in every other sphere of our lives, starting at the low end with values and passions that lead to unconscious bias, and escalating to outright fraud. Grinnell quotes philosopher Annette Baier’s “commons of the mind” as the way these deceptions get weeded out by the research community and real science emerges—sometimes long after the original results are published. Wouldn’t it save time and effort, however, and be a boon to scientific discovery, if we recognized our innate impetus toward bias and simply controlled our passions?

Germane to this question is an article by F1000 Member Ahmad Hariri and Paul Whalen, describing methods employed to study the role played by the amygdala in how we respond to emotional signals. This region of the brain is intimately involved in our implicit (automatic) as well as explicit (informed) responses to emotional challenges we encounter. The authors explain that by combining information derived from imaging studies of the amygdala with data on genetic polymorphisms, it is possible to begin mapping variability in individuals’ modulation of their emotional responses. This understanding can help predict a person’s relative risk for mood and anxiety disorders that are reflected in antisocial behavior, and to suggest targeted treatment.

Interestingly, one predictor of emotion modulation in our brains is the amount of the neuroregulator anandamide, which is one of our body’s very own cannabinoids. People whose genetic imprints predict higher levels of anandamide (which is named for the Skanskrit word ananda meaning “bliss, delight”) have shown decreased threat-related amygdala responses. This finding may, umm, point to a treatment for anxious researchers who are more inclined to interpret data based on their passions. One hopes that further experiments monitoring brain function, including the proposed 4-D mapping described in this month’s Thought Experiment by Björn Brembs of Freie Universität Berlin, “Do Fruit Flies Dream of Electric Bananas?” will point the way.

But will they? That’s the question posed in “How Free is Your Will?”—a song by the rock band, The Amygdaloids, headed up by New York University neuroscientist Joseph LeDoux:

How free is your will?
Do you have control?
Are you in charge?
Who’s running your soul?

How free is your will?
Are you automatized?
Just a bundle of habits?
Is your freedom disguised?

Have a listen at http://amygdaloids.com—and find your inner ananda.