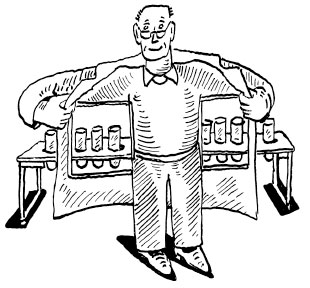 ANDRZEJ KRAUZEAt the end of March, when the prestigious Tribeca Film Festival posted its schedule, a hue and cry arose about one of the films: Vaxxed: From Cover-Up to Catastrophe. The film was directed and co-written by none other than discredited British gastroenterologist Andrew Wakefield, who led the infamous 1998 study purporting to have established a link between autism and childhood vaccination against measles, mumps, and rubella (MMR). That highly controversial study was retracted in 2010 (a fact only briefly mentioned in the film), and Wakefield’s license to practice medicine was revoked a few months later (not mentioned in the film).

Objections to the film raised by clinicians, researchers, and others led Oscar-winning actor, producer, and festival cofounder Robert De Niro, the father of an autistic child, to cancel the Tribeca screening. But almost immediately after the cancellation, Vaxxed opened some five blocks north at the...

It took 12 years and a chorus of saner voices decrying the paper before its retraction by The Lancet, even though 10 of the paper’s 13 authors had published a “retraction of an interpretation” in 2004. More specifically, it took an exhaustive two-part BMJ series in which investigative reporter Brian Deer painstakingly pointed out the errors and misrepresentations in the paper, and research study after research study, to thoroughly debunk the conclusions. This was a high-profile outing of shoddy results.

But what about subtler errors that persist in the scientific literature? Flawed papers that will never be retracted or corrected, especially those resulting from studies that contain honest inaccuracies in experimental design or statistical analysis? In “The Zombie Literature,” Senior Editor Bob Grant reports on campaigns afoot to make all aspects of a published scientific paper more transparent. These efforts aim to allow reviewing, commenting, correcting, annotating, and revising of the original paper as new evidence arises. In essence, the original paper becomes a living document, rather than a static entity.

This issue of The Scientist also opens windows on a number of biological puzzles. One of these is why so many human eggs end up with the wrong number of chromosomes. In our cover story (“A Scrambled Mess”), reproductive biologist Karen Schindler reviews the many ways things can go wrong during the meiotic divisions that produce female gametes, resulting in aneuploid eggs. And as a historical complement, this month’s Foundations shows the very first drawings of chromosomal missegregation, made in 1916 by Calvin Bridges, who termed the errors “nondisjunction.”

Another puzzle is how to fight the increasingly antibiotic-resistant microbes responsible for the rising number of hospital-acquired infections. Researchers Edward Marks and Steven Smith describe nanoscale particles and patterns that could turn hospital rooms, patient implants, and other surfaces into microbe killers in “Nanoscale Defenses.” And in a Thought Experiment, Iain Johnston and Ben Williams address yet another biological mystery—why the mitochondrion has hung on to just a few of the thousands of genes harbored by the ancestral microbial interloper—by using statistical approaches to comb through mitochondrial gene sequences.

As scientists continue to pose and answer questions, we will continue to tell the stories of how they do it and what they’ve found—warts and all. Here’s to open windows everywhere.