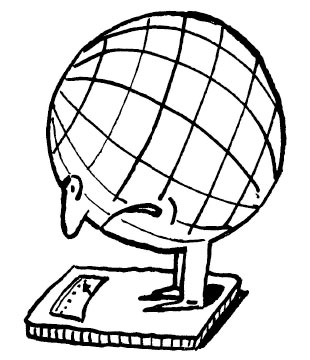 ANDRZEJ KRAUZETalk about timing. As I write this editorial introduction to our special issue on obesity research, a food fight is going on in a hearing room at the US Congress. The point of contention is the scientific validity of studies informing 2015’s proposed Dietary Guidelines for Americans, released every five years since 1980. Fueling the harsh questioning of the latest guidelines is the doubling of the global incidence of obesity over the past 35 years. “In some ways, haven’t these guidelines somewhat failed? . . . They don’t seem like they are accomplishing their objective,” said Representative Glenn Thompson (R-PA) at the hearing.

One can hardly blame the skeptical questions of the pols. The stats are staggering. According to the World Health Organization, in 2014 more than 1.9 billion adults were overweight, 600 million of whom were obese. In 2013, 42 million children under the...

Who’s to blame? Sedentary, overindulgent people, food manufacturers, nutrition and obesity researchers focused on the wrong questions? Two opinions in this issue, by Rudy Leibel (here) and Joseph Proietto (here), put forth the idea that genes and lifestyle are both at fault, but are only part of a complicated story of metabolic and hormonal dysfunction, epigenetics, and environmental influences.

The features in this issue take the pulse of current research from two areas on the periphery of many obesity researchers’ radar: the relationship between obesity and cancer, and the effect of environmental chemicals on weight gain.

At least 10 cancers are associated with obesity, from the development of a malignancy to its progression and its response (or not) to treatment. “This year obesity overtook smoking as the top preventable cause of cancer death in the U.S., with some 20 percent of the 600,000 cancer deaths per year attributable to obesity,” write Stephen Hursting and two of his postdocs in “Breaking the Obesity-Cancer Link.” The researchers catalog findings on the contributions of obesity-related inflammation, altered intracellular signaling between adipose tissue and the brain, and epigenetics. They explain that permanent weight loss—so far, a pretty hopeless goal—may not be the best prevention strategy. “The idea that preventing obesity-related cancers depends on targeting the obesity-associated metabolic dysregulation rather than weight is further reinforced by the recent recognition that some 20 percent of normal-weight people are metabolically unhealthy and at increased risk for cancer, while approximately 10 percent of obese individuals are metabolically healthy and show no elevated cancer risk.” (For more on this, read “A Weighty Anomaly.”)

In a second feature, “Obesogens,” Associate Editor Kerry Grens reports on research relating environmental chemical exposure to weight gain. Disruptions in hormonal signaling seem to be a common denominator leading to abnormal fat cell production and lipid storage in animal models, and the changes show up across generations.

There’s lots more to sink your teeth into: weight-loss strategies, including bariatric surgery then and now; new pharmaceuticals for treating chronic obesity; microbiome changes associated with obesity; oxidative stress in adipocytes linked to insulin resistance; and new chemogenetic tools that allow monitoring of the neurology of appetite behavior in the brains of living animals.

In putting together this issue, we learned that obesity and nutrition research is complicated and often contradictory. Figuring out the causes of—and cures for—the ongoing obesity epidemic calls for a concerted effort to “science the shit out of this,” as the stranded astronaut in the newly released film The Martian concludes after taking stock of his seemingly hopeless situation. That’s certainly what it needs.