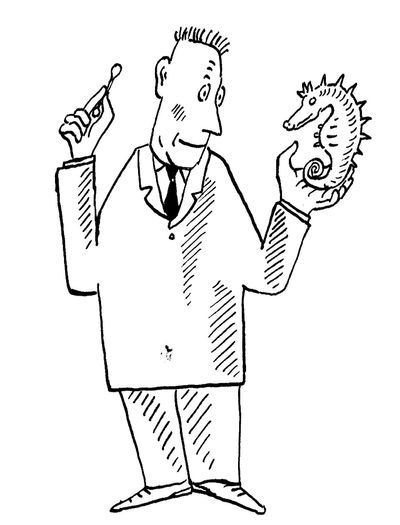 "Building a house is littering.” This is the thought my seven-year-old son recently shared as we tended our vegetable garden in the late-spring sun. His reasoning went like this: if throwing a gum wrapper out of the window is considered a minor assault on the environment, constructing a relatively massive edifice in a natural setting is littering on an epic scale. This peek into his evolving conception of humanity’s role in the environment came as I found myself struggling with similar quandaries and trying to reduce my footprint in a world that seems overburdened by human activity.

At The Scientist, we’ve covered the science behind many pressing environmental issues over the years: from the effects of climate change and pharmaceutical pollution to the decimation of biodiversity and the crisis of plastic contamination in marine and terrestrial ecosystems. It’s this last topic that has really had me...

As relayed in an early-June speech by UN Secretary-General António Guterres, more than 8 million tons of plastic ends up in the ocean every year, and “microplastics in the seas now outnumber stars in our galaxy.” Eerie images of wildlife mingling with household plastic goods, mountains of plastic garbage piled up on the outskirts of major metropolises, and discarded water bottles choking the world’s waterways have splashed across the pages of National Geographic and other publications.

As a hapless fisherman and an erstwhile environmental scientist, I’ve always thought myself a reasonably good steward of nature. I recycle everything I can. I capture and use rainwater. And my family eats vegetables from the garden that inspired my son’s introspection. But lately, I find it hard to so much as drag a cotton swab through my ear canal and flick it toward the wastebasket without my mind conjuring the image of a seahorse in the South Pacific clinging to my Q-tip.

Yet life requires consumption. Even at the subcellular level, when biological entities stop extracting energy from their surroundings and cease to deposit waste, death is soon to follow.

So how can a privileged but reasonably conscientious organism lessen the negative effects of his existence? For me, the answer lies first in lessening the consumption itself. Eschewing unnecessary conveniences such as plastic bags, plastic cutlery, and disposable water bottles is a start. But maybe thinking more deeply about what I can do without is warranted in this day and age. After all, humanity made do with more-permanent solutions to the inevitable buildup of earwax for millennia (tiny metal scoops and pinkie finger nails come to mind).

But aside from the sort of ecological inventorying we could all do, I return to my abiding trust in the brilliance of the scientific community to help save the planet from its most rabid consumers. Vegetable-based, compostable alternatives to petroleum-based disposable plastic plates and cups were once science fiction but are commonplace today. Researchers are working hard on the front lines of pollution problems, developing innovative ways to break down durable synthetics and remediate areas tainted by the refuse of billions of Homo sapiens. And as editor Catherine Offord explores in this issue, scientists are refining methods to predict which species might fare worst under the onslaught of anthropogenic climate change, in the hopes of directing societies’ conservation efforts where they’re needed most.

As I litter my way through life, with my house, car, kids, and recyclable pickle jars in tow, I remain cautiously optimistic on two counts: that journalism from The Scientist and numerous other outlets will convince more of the global citizenry, industrialists, politicians, and innovators of the importance of environmental protection; and that scientists will continue to record, predict, and mitigate the often disastrous effects our species is having on the planet and its inhabitants.