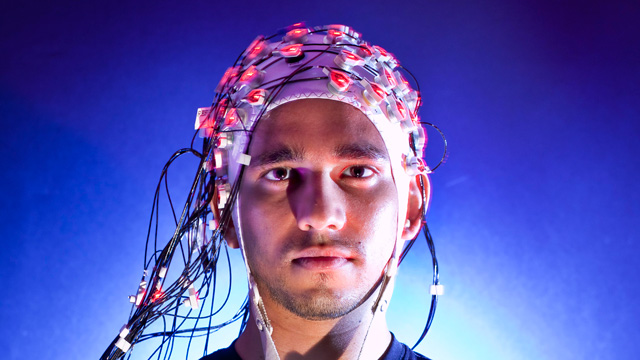 The etymology of the term “putting on one’s thinking cap” is not entirely clear, but the head wear seems to have started as a “considering cap.” One source gives the honor of first usage in print (1605) to Robert Armin, an author of comedies and an actor associated with Shakespeare. Or the term may have been derived from the caps worn by scholars of that time. Or it may have described what judges did, and what they wore, while deciding a case.

Whatever the origin, many of the articles in this month’s issue have me musing about how scientists think, not just when employing the time-tested scientific method, but when they think outside their own particular box. Robert Boyle, who is usually lauded as...

To keeping the creative juices flowing, researchers should try on the thinking caps of scientists from other fields.

Vern Schramm has been thinking about the intricacies of enzyme transition states for decades, but had to wait for computational power to catch up with theory in order to design exquisitely specific inhibitors to target the femtoseconds-long state during which an enzyme is primed to do its stuff. In “Freezing Time," Schramm offers a fascinating history of this little-known field and describes a number of t-ransition-state analogs now being tested in clinical trials as possible therapeutics to treat leukemia, gout, malaria, and cancer.

Two other researchers, Rodrigo Calado and Neal Young, use their caps to think about actual caps—the telomeres that form the ends of linear chromosomes. In their feature, "Telomeres in Disease," they describe how telomere shortening and telomerase dysfunction are associated with diseases as seemingly unrelated as pulmonary fibrosis, hepatic cirrhosis, and acute myeloid leukemia. More hard thinking about the biology involved will surely improve diagnosis and aid in the development of drugs to treat these telomeropathies.

The considering caps donned by those who analyze the efficacy of clinical trials don’t work very well at all because those analysts suffer from an acute lack of information, Kerry Grens reports in “Data Diving.” As an example of why published efficacy studies are just the tip of the iceberg, Grens writes of being told that “one publication of a Tamiflu trial was seven pages long. The corresponding clinical study report was 8,545 pages.” Her article details the difficulty of obtaining unpublished data for study, explains how such data change the perception of published results, and outlines efforts to improve information sharing. As we go to press, the New York Times published an opinion piece, “Drug Data Shouldn’t Be Secret,” by two of Grens’s sources, Peter Doshi and Tom Jefferson, in which they make the case for why the sharing of clinical trial information is imperative. Both were among the coauthors of two reviews of Tamiflu’s clinical effectiveness (2009 and 2012).

Today it’s almost impossible to be a Robert Boyle sort of researcher. Science was a field just beginning to come into its own in the 1600s, and Boyle had nothing like today’s data deluge to deal with. Critic at Large H. Steven Wiley offers his recipe for keeping the creative juices flowing—try on the thinking caps of researchers from other fields and put your heads together. Boyle would approve. In 1661 he wrote in The Sceptical Chymist, “It is my intent to beget a good understanding between the chymists and the mechanical philosophers who have hitherto been too little acquainted with one another’s learning.”

After considering all this issue has to offer, be sure to let us know what you’re thinking.