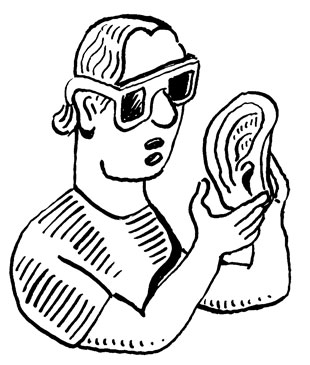 ANDRZEJ KRAUZEThe first-ever French retrospective of American artist Edward Hopper, mounted in Paris’s Grand Palais from October 2012 to February 2013, proved to be so popular that the museum opened its doors round the clock for the exhibition’s last three nights—an unusual and particularly fitting honor for a painter whose most famous work, “Nighthawks,” portrays three lonely patrons in an all-night diner.

The detail of the 1942 painting that graces the cover of The Scientist’s September issue aptly illustrates this month’s feature “Out of Sync.” In this story, Kerry Grens describes what is currently known at the cellular level about the coupling of metabolism and circadian clocks, both in the brain and in peripheral tissues. While night-shift workers have long been known to suffer metabolic disorders at a higher rate, “humans, particularly those in developed countries with abundant artificial light, late-night TV, and...

Elsewhere in this issue, “Organs on Demand” by TS intern Kate Yandell (here) is the magazine’s third feature in the last year about possible solutions to the shortage of human organs suitable for transplantation. In “Replacement Parts” (August 2012), Ed Yong wrote about the feasibility of xenotransplantation, the use of pig organs modified for better immune tolerance, and the progress being made towards engineering organs from scratch using artificial scaffolds. But the more complex the organ, the harder it is to modify or build. Complex organs are also harder to preserve, reported Megan Scudellari in “Icing Organs” (February 2013), which describes the state of the art of cryopreservation. Here, Yandell reports on how the use of three-dimensional printing in regenerative medicine has advanced to the point that prototypes of complex organs can be fabricated. And while fully functioning versions of kidneys and the like remain elusive—mainly because 3-D printing the vasculature needed to supply these organs with blood is so technically difficult—researchers are making remarkable progress printing simpler organs and tissues, such as bone, heart valves, spinal discs, and skin.

3-D printing has advanced to the point that prototypes of complex organs can be fabricated.

“Going Viral” by Breeann Kirby and Jeremy Barr is the second of three features planned to report on the growing appreciation of both how many viruses blanket the Earth (some 1031) and the important roles they can play in medical therapies and environmental remediation. “An Ocean of Viruses” (July 2013) looked at marine viruses (many of which are viruses that infect bacteria—so-called bacteriophages), especially their role in mediating carbon turnover. In this month’s feature, Kirby and Barr describe bacteriophages that live on land as well as in the seas as “the most ubiquitous ‘organisms’ on Earth,” ones that “freely share their genes among diverse ecosystems, making [phages] a powerful and large genetic reservoir that challenges how we think about all biological life.” In a future issue, Didier Raoult will complete this triumvirate of articles with one about giant viruses—such as the one that broke size records in July—in which he will consider what such enormous viruses mean for the origin of life and the evolution of cells as we know them.

Other highlights in this issue include point/counterpoint Thought Experiment articles about why humans undergo menopause (here and here); how seashell spines are formed; methods for measuring mechanical forces in living cells; and an update on making new and improved engineered antibodies.

Feel free to stay up late reading this issue of The Scientist—just mind what you munch on.