Usually, changes in positron emission tomography (PET) results are not dramatic enough to be seen by the naked eye, says Gregory Sorensen, a radiologist at Massachusetts General Hospital (MGH). The signal must be interpreted through a series of calculations gauging...

Drug companies are desperate for these tools. Last year, the US biopharmaceutical industry spent $49.3 billion on research and development, according to estimates by the industry group Pharmaceutical Research and Manufacturers of America (PhRMA). But for all the funds allocated, a majority of experimental drug candidates fail to become approved drugs. In 2004, the US Food and Drug Administration (FDA) estimated that a drug entering clinical trials had only an 8% chance of reaching the market, falling from the historic 14%.1 Reliable, early read-outs of whether and when an experimental treatment works would spur investment in innovative therapies.

To find new biomarkers, companies are forming alliances with academic centers. Sorensen heads MGH's Center for Biomarkers in Imaging, which works with many pharmaceutical companies. His group is currently using magnetic resonance imaging (MRI) to test a statin-for-stroke treatment. They examine patients' blood vessels for plaques before and after receiving the drug. In another example, Pfizer and Yale University scientists will use PET and other scans to figure out where in the body medicines work. And Ciphergen Biosystems, a company that sells tools to analyze the proteins in blood, urine, and tissue samples, is funding work at Johns Hopkins to develop a blood test for ovarian cancer that could detect the disease in its earliest stages.

But identifying a putative biomarker is very different from showing that it can be trusted. The former might require only a matter of weeks and a few patient samples, yet the latter may require multiple multicenter trials. Skimping can have devastating results.

Past failures show how even seemingly straightforward, logical biomarkers can prove false. Some osteoporosis drugs increase bone density but boost the risk of fractures. A trial for chronic granulomatous disease, an immune disorder, was originally planned to last only long enough to evaluate whether patients' white blood cells overcame the disease's characteristic defect – an inability to generate a bacteria-killing oxygen burst. Fortunately, a longer trial plan was adopted: The drug had no detectable effect on oxygen production or bacterial death, but still cut the rate of recurrent serious infections by 70%.

The most notorious example, however, comes from former heart drugs encainide, flecainide, and morcizine. These drugs normalize dangerously irregular heartbeats and were once prescribed to hundreds of thousands of patients. Ethicists argued that multiyear trials would endanger the untreated placebo group. In fact, death rates for treated patients were 2.5 times higher than for controls, and the drugs were quickly pulled from the market.

Instead of bone density or heartbeat, biomarkers are now more likely to be differences in genes or protein expression. But techniques to find them produce diverging answers. For example, mass spectra can be analyzed through machine learning and various computer algorithms to identify sets of peaks that distinguish between, say, late-stage and early-stage cancer. Nevertheless, Paul Tempst and colleagues at the Memorial Sloan-Kettering Cancer Center recently found that in five published studies on prostate cancer, "only two of the many discriminatory masses appear in more than a single publication."2 Stephen Naylor, a computational biologist at the Massachusetts Institute of Technology and former chief technology officer of Beyond Genomics, says the same proteins tend to pop up for multiple unrelated diseases, making them useless for accurate diagnosis.

"You've got some new technology that tells you something has changed, but you have to know what that change means," says Stephen Williams, head of clinical technology platforms at Pfizer. To find that meaning – and to convince the regulatory authorities and scientific community of that meaning – you need strong data tying biomarker to clinical outcome. Often, that's more data than any individual company can afford to collect.

Companies are playing close to the chest both to maintain their competitive edge and protect information that could spin out diagnostic tests. Thus, scientists can't replicate each other's work or offer alternative hypotheses. The dream of making big money on a diagnostic biomarker just holds back the industry, says Don Stanski, scientific advisor to the director at the FDA's Center for Drug Evaluation and Research, who is working to foster collaboration among academia, industry, and government.3 "It's hard to think of a biomarker that one person owns." Resulting tests probably won't be predictive enough to generate huge profits, says Rolan. "If it's just done on a pure commercial model, you get one company, one test. But a combination of tests can give you a better result." Combinations, he says, would be much more likely to arise from consortia.

Though none so far have the goal of producing diagnostics, some successful cross-industry collaborations have emerged. In 2001, at Imperial College London, six pharmaceutical companies funded the Consortium for Metabonomic Toxicology (COMET) through a subscription fee that paid for up to five postdocs, equipment, and other costs. The companies provided blood and urine samples from drug safety studies on rats and mice. Imperial researchers tallied results of 147 treatments to find how chemicals known to be toxic affected concentrations and ratios of a few hundred metabolites. Subscribers got access to databases of the results along with models to predict toxicity. COMET-2 is already in the works.

The National Institutes of Health has launched two larger, better-funded efforts. The Alzheimer Disease Neuroimaging Initiative (ADNI) and Osteoarthritis Initiative have both received funding from multiple pharmaceutical companies to identify biomarkers that can be used to track disease progression and severity. ADNI will spend $60 million over five years to fund longitudinal prospective studies correlating cognitive assessments with serial MRI, PET, and biomarkers found in blood and cerebrospinal fluid.

Still, drug companies have been slow to embrace collaboration. Executives tend to be uncomfortable funding research that helps their competitors. Right now, says Sorensen, collaboration requires "a funny accident of particularly good questions with particularly big diseases where other approaches have failed." ADNI took years to get off the ground, he says, and attempts at collaboration in cancer have fizzled.

Williams says industry has other reasons to be wary. Companies have diverse but specific questions, and academics' questions are often, well, academic. Collaborative studies address questions other than the ones a drug company values. Studies that aimed only at those questions could be smaller and faster, tempting companies to try studying solo. Still, Williams says, collaborations can be incredibly cost effective. "You get access to a big expensive experiment and you don't have to pay for all of it."

Sharing existing data would be even more cost effective than collective efforts that generate new data, since pharmaceutical companies already own heaps from clinical trials. That might already be happening. "Companies [are starting] to recognize the fact that they are spending their individual research dollars on something that another company is duplicating," says Caroline Loew, vice president for scientific and regulatory affairs at PhRMA. If, for example, companies have collected a substantial amount of data on a biomarker, the information could be blinded and pooled, and the FDA could determine whether the biomarker had sufficient evidence to back its use in regulatory decisions. An NIH-industry group is already evaluating a portfolio of biomarkers. Pfizer's Williams is hoping to organize such efforts. His colleagues are interested, but nervous. "Sharing data causes the biggest anxiety," he says.

The FDA's Stanski, also working to promote wide-ranging collaborations, is used to this attitude. "Some people think they have to protect everything," he says, "and some people are more visionary." 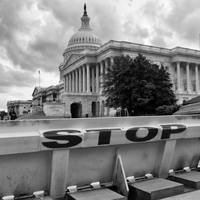 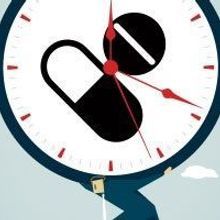