Scientists hunger for breakthroughs in the lab, but it's the venture capitalists who continually scout the life sciences for the next great money-making bonanza. After a pivotal study in the May 2001 issue of showed that RNA could effectively silence gene expression in mammalian cell lines, RNA interference (RNAi) began to look like a possible contender.

Right out of the box, RNAi proved be an extremely useful tool for validating potential drug targets in the laboratory. A quick and easy way to see what happens to cells when a gene is knocked out, RNAi can potentially speed up the process of designing molecules to block unwanted messages. It also takes a fraction of the cost and time of creating a single knockout mouse....

RNAi research has spawned three distinct business sectors. Reagent companies which make siRNA for research purposes is one sector. Dharmacon of Lafayette, Colo., currently sells half of all custom-made siRNAs, but suppliers such as Ambion in Austin, Texas, and Qiagen in the Netherlands threaten to cut into its market share, according to Navigant.

Large pharmaceutical manufacturers have leapt aboard the RNAi bandwagon as well, thrilled by the speed and efficiency it offers as a tool for identifying and confirming drug targets and for understanding how cells react when selected genes are shut off. Abbott Laboratories of Abbott Park, Ill., an early Big Pharma adopter, teamed up with Dharmacon in July to develop an siRNA library covering 4,000 genes in the drugmaker's key clinical areas. The agreement covers genes deemed important to conditions such as cancer, diabetes, pain management, inflammation, and neurological disorders.

The big money rides on companies that can produce siRNA drugs to cure human diseases. Alnylam Pharmaceuticals, founded in 2002 by Nobel laureate Phillip Sharp along with an international team of scientific experts, is widely considered one of the market leaders. The Cambridge, Mass-based start-up, which received early financial backing from Polaris Venture Partners and Cardinal Partners, raised $17 million in private equity in 2002. It received another $24.6 million in private equity financing upon acquiring its German rival Ribopharma in July 2003. Alnylam went on to raise another $30 million in an initial public offering last May, which will help to fund efforts to commercialize treatments for hepatitis C and the "wet" form of AMD.

"It is really the kind of investment that venture firms look for," says Peter Barrett, a senior partner with Atlas Venture and member of Alnylam's board of directors. "It certainly is innovative science, it's obviously risky, and it has potential for very high returns." Glistening long-term forecasts add to the excitement. Look for worldwide RNAi market revenues to grow an impressive 31.5% a year, on average, reaching $328 million by 2010, up from an estimated $48 million in 2003, according to international consulting firm Frost & Sullivan.

No company has even begun testing these genome-based therapies in humans. But that is about to change. In August, Acuity Pharmaceuticals in Philadelphia filed an investigational new drug application with the FDA to begin testing an siRNA treatment for the wet form of AMD.

Still, it could be years before the first RNAi drug is approved for consumer use, analysts warn. "It's a very long way to go before anything happens," cautions Raju Adhikari, a pharmaceutical and biotechnology analyst with Frost & Sullivan in London. "At least it's going to take 15 years before anything comes on the market," he says. Other analysts are more optimistic, predicting RNAi drug approvals within the next seven to 10 years.

Whatever the timeline, there's little dispute that biotech companies chasing RNAi drugs must overcome some major obstacles before reaching their goals. One of the greatest challenges will be finding appropriate vehicles for delivering siRNA-based medicines into cells. (see Biobusiness Vision article on p. 44 for an update on drug delivery technologies.) Barrett explains the question scientists are struggling with: "How do I make these molecules stable enough and directed enough to get into the right cell to fight disease?"

And as companies perfect their gene-silencing methods, questions about the ownership of that intellectual property are bound to surface. While Alnylam and Sirna each claim rights to key patents on their respective RNAi technologies, analysts predict patent battles ahead. Indeed, litigation has already begun. In March, Australian biotech Benitec filed patent infringement suits against Nucleonics in Horsham, Pa., GenScript in Piscataway, NJ, and Ambion, claiming violations of the company's patented DNA-directed gene-silencing technology.

Despite these hurdles, fledgling RNAi ventures are captivating investors, attracting millions in public and private capital. Nucleonics, founded in January 2001, recently raised an additional $8.3 million for a total of $49.2 million in Series B financing. Initially, the privately held company is focused on developing drugs to treat hepatitis B and hepatitis C. "As long as the hype's around, I think the money's going to be there," says Alek Bituin, an associate consultant with Navigant.

Alnylam and Merck & Co. in June announced a multiyear pact to jointly develop RNAi-based therapies for AMD. Alnylam could collect up to $19.5 million under the deal, including an initial payment and additional cash for meeting certain milestones. "What Pharma thinks is [that] RNAi is a risk rather than an opportunity in terms of therapeutics," asserts Adhikari. "They don't want to take risk from the very beginning." But once these drugs start entering clinical trials, he adds, "I think a lot of interest would come from Pharma."

Currently, US and European biotechs dominate the RNAi landscape, representing 55% and 30% of the total market, respectively, according to Frost & Sullivan's Adhikari. That will change in the next three years as Japan boosts its market presence from 10% currently to between 25% and 30%, Adhikari says.

Today's relatively small field of RNAi drug designers will blossom as well. What's less clear is who will dominate: early entrants with key patent claims on intellectual property, or newcomers who devise novel solutions to the drug delivery problem.

"There's too much that you could potentially do here for one little company to own it all, so I think there can be a number of winners," says Fambrough. Of course, he is betting that Sirna will be the biggest winner. But he adds, "You're talking about degrees of winning here, not winners and losers." 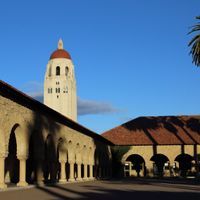 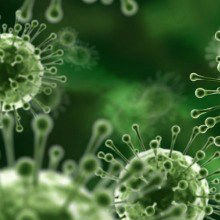