No protein is an island. They're linked by complex networks, and many cellular processes – transcription, translation, mitosis, and motility, to name but a few – are the work of complex macromolecular machines. Researchers keen to figure out how proteins interact were for many years hamstrung by relatively crude, and labor-intensive, analytical tools. Then, in the late-1980s, a new option emerged: the yeast two-hybrid (Y2H) assay.

The brainchild of Stanley Fields, a Howard Hughes Medical Institute investigator at the University of Washington, Y2H is a genetic method that relies on the modular architecture of transcriptional activators to identify protein-protein interactions in the yeast nucleus.

At first, researchers used Y2H mainly to find partners for individual proteins. But by the year 2000, the scientific community had developed both the hardware (e.g., liquid-handling robots) and the intellectual capital (e.g., annotated genome sequences) necessary to take Y2H to the genomics...

Y2H was born of a flash of insight one afternoon in 1987. Fields was a relatively new faculty member at the time, having been at the State University of New York at Stony Brook less than two years. Cash-strapped, he learned of a grant opportunity at the university to support commercially promising research.

But how to make money from yeast transcription? Aware that others had demonstrated transcription factors' modular nature – that is, that the factors possessed functionally and structurally distinct domains – Fields realized transcription factors could be used to screen for protein-protein interactions.1 "Immediately upon having the idea, I could envision its commercial potential, such as molecular biology kits that would contain strains, plasmids, and libraries," he recalls.

The grant committee was less prescient, however, and rejected his application. Fields went ahead and performed the experiments anyway. Today the technology is SUNY Stony Brook's most licensed invention, earning just under $4 million since 1987, according to John Petersen, Stony Brook's director of the Office of Technology Licensing & Industry Relations. PubMed lists nearly 4,700 Y2H-related citations, 317 this year alone. And Y2H accounts for three-quarters of the more than 50,000 protein-protein interactions archived in the European Bioinformatics Institute's IntAct database.

The technique allowed researchers to perform experiments that otherwise would be impractical. Lesley Page, a graduate student in Margaret Robinson's lab at Cambridge University in the mid-1990s, used Y2H to investigate vesicle formation in secretory pathways associated with the trans-Golgi network.2 She says her work would have been almost impossible without Y2H's ability to pull interactions out from the vast array of possible relationships.

"To look for interacting proteins by immunoprecipitation is difficult, especially for transient or weak interactions," says Page, now a postdoc at The Scripps Research Institute in La Jolla, Calif. "And to detect interactions by probing western blots with antibodies requires that the potential interacting protein is known, with antibodies generated to it." The technique therefore doesn't allow for the discovery of novel proteins, which is what Page found using the yeast two-hybrid assay.

Y2H detects interactions using two fusion (or hybrid) proteins. The "bait" contains a query protein fused to a DNA-binding domain; the "prey" is a fusion of a second protein (often, a member of a recombinant library) to a transcriptional activation domain. Neither fusion can activate a reporter gene on its own, but the reconstituted protein that results from interaction between the two can.

The constructs are introduced into haploid yeast cells and the cells mated; interactions are scored by the ability to activate one or more reporter genes. "Y2H works for a wide spectrum of proteins from virtually any organism," says Fields, now a HHMI investigator at the University of Washington. "Indeed, one of the assay's strengths is that it is generally independent of each protein's idiosyncratic behaviors."

When Fields first started work on the Y2H, he says, his team made several suppositions for which there was, at the time, no experimental evidence. They assumed, for instance, that hybrid proteins maintained the structural integrity of small domains. They also guessed that most cytoplasmic proteins could target to and function in the nucleus.

Partly because of the lack of evidence, some biologists were skeptical.3 "Biochemists were the most resistant group," he recalls. "They argued that proteins were not like DNA and could not be cut and pasted together. Molecular biologists and geneticists were comfortable with the idea of screening libraries, and more readily accepted the approach."

A PLETHORA OF FALSE POSITIVES

Today critics offer other complaints. For example, Y2H provides no information about dynamics, and yeast biology has inherent limitations, such as a lack of tyrosine phosphorylation. "In mammalian cells, many proteins require post-translational modifications," Vidal notes. He also says researchers need a "deep knowledge" of yeast genetics to run experiments and design controls.

But the biggest concern by far is the question of false positives, which some analyses suggest could represent as much as half of some high-throughput data sets. Careful experimentation can control for "technical" false positives, in which the bait construct activates transcription without binding to the prey. Controlling for "biological" false positives (interactions that researchers cannot find in vivo) means conducting additional assays and using the power of bioinformatics.

Fields says the accelerating scale of two-hybrid experiments over the past few years made validating each candidate interaction using another experimental approach impractical; as a result, several published data sets include protein pairs that seem biologically implausible – RNA splicing factors interacting with leucine metabolic enzymes, for instance, or proteins found in the endoplasmic reticulum binding to a DNA polymerase. It's possible many of these interactions are biologically real; some proteins have multiple functions, not all of which are known. But at least some of them inevitably won't be, Fields says.

That doesn't mean the experiments aren't worth doing, he adds. Even messy data can provide starting points for further work on a researcher's particular protein; plus, it also can identify ways to improve the technology itself.

To control for "biological" false positives Vidal's group retests "a significant proportion" of its Y2H interactions using an independent binary assay, such as co-affinity purification. "In our most recent data set, we got up to 80% verification rate, showing that our interactome networks are of very high quality," he says. "It's a question of how you run the Y2H assays. There is nothing inherently wrong with Y2H itself." Cross-referencing interaction data against other functional data, such as expression and phenotypic profiles, also helps reduce biological false positives, he adds.

The Paris-based company Hybrigenics uses a systematic statistical analysis that assigns each interaction a 'Predicted Biological Score' which correlates with the biological significance. "In particular, it detects false positives and discards them from further analysis," says Laurent Daviet, director of biology at Hybrigenics. Future studies, he adds, should compare genomic and proteomic data sets generated in different organisms. "This should prove very useful in cross-validating the data and making inferences."

TOOL FOR THE GENOMICS AGE

Despite these shortcomings Y2H has become a key tool for functional genomicists, first because of the ease with which it can be scaled up, and also because it requires neither antibodies nor purified proteins. In one variation, a library's-worth of bait constructs are mated individually against a prey library in bulk. In another variation, bait and prey libraries are mated in an array (e.g., 6,000 bait versus 6,000 prey, in 36 million pairwise combinations).

Today, around 10 organizations worldwide, from academia and industry, provide Y2H screening services, says Daviet. Demand, he says, is growing. Some biotechs provide genome-wide data to promote their technology platforms. Hybrigenics, for instance, published a new interactome this past March; its 2,300 protein-protein interactions had little overlap with the earlier map.6 Other companies use Y2H analysis to understand the function of, or identify new, drug targets.

Still other companies, including Invitrogen, Clontech, and Stratagene, are commercializing the technology for individual researchers, offering ready-to-use kits containing vectors, yeast strains, and troubleshooting tips. Tom Chappell, an R&D scientist at Carlsbad, Calif.-based Invitrogen, says commercial Y2H technology is easier to use than home-brewed systems, and offers a wider range of binding and activation domains.

The company's current R&D focuses on techniques to understand the systems biology that underlies interactomes. "We are more interested in developing ways to disrupt the system rather than building up ever larger complexes," Chappell says. "This allows researchers to tease out how interactions occur in a way analogous to using traditional yeast genetic techniques for phenotypic [studies]."

VARIATIONS ON A THEME

Researchers have developed several variations on Y2H, each of which makes a different contribution to interactomics, says Takashi Ito, a computational biologist at Tokyo University. There's a one-hybrid version (commercialized by Clontech of Mountain View, Calif.), for example, that detects interactions between DNA and proteins. "These [transcription factors] are the false positives that have to be eliminated in the Y2H," says Franck Martin, Institute of Molecular and Cellular Biology in Strasbourg, France. There also is a three-hybrid, two-reporter approach that can detect interactions between nucleic acids and proteins or small molecules and proteins,7 which a German group used recently to detect targets for kinase inhibitors.8

Some scientists have ported the two-hybrid principle to mammalian and bacterial cells, while others have modified the system to detect membrane and cytoplasmic interactions. A "reverse two-hybrid" approach screens for factors that disrupt protein-protein interactions. Earlier this year a Belgium team used this strategy to monitor interactions between the erythropoietin receptor and suppressors of cytokine signaling proteins in mammalian cells.9

Barry Causier's team at the Center for Plant Sciences, University of Leeds, has unpublished data for a four-hybrid experiment, which activates a reporter only when all four proteins are present. "With that we are probably reaching the practical limit of the current technology," he says.

"Right now," says Fields, "the assay and its many permutations still fill a need in the community, so there's no reason to think it's on its way out. But technology moves quickly, and there's no telling what will be commonplace a few years from now."

Development of a membrane-based Y2H variant 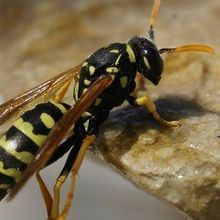