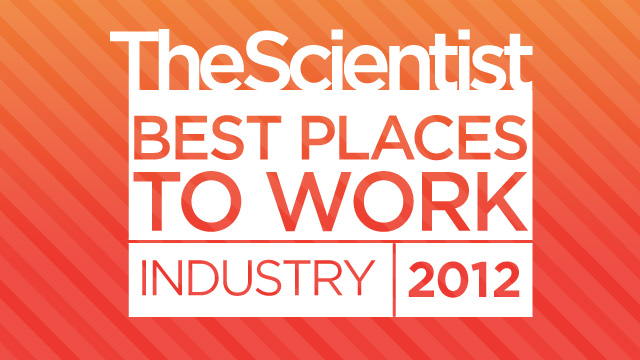 Back in 2003, when The Scientist launched its Best Places to Work series, the biotech and pharma industries looked a bit different than they do today. Ten years ago, in the wake of large industry scandals involving Enron and ImClone, industry research scientists said that they wanted nothing more than to work for a company that had integrity. In this year’s survey, researchers say what they look for most in an employer is the ability to provide deep personal and scientific satisfaction—although high ethical standards still rank as the third most important factor, and  six of this year’s top 20 institutions scored high marks for integrity. Back then, to fill gaping holes in pharmaceutical pipelines, many companies pumped more money into research and development (R&D), with investment tripling over the previous 10 years to more than $30 billion a year. While R&D investment is still high—at around $65 billion...

In many other ways, small companies have not changed over the past decade, especially when it comes to fostering scientific excellence. This year’s 6th place company, Rib-X Pharmaceuticals, for example, builds its success on Nobel Prize–winner Thomas Steitz’s work on ribosomes, which was leveraged to develop new antibiotics. Small companies can also nurture their employees in a way that large companies cannot, and as a result often occupy the top rungs of our Best Places to Work in Industry surveys. This year, ADInstruments, a New Zealand-born company that provides researchers and astronauts alike with physiology-monitoring equipment, takes first place, in part for its collegial environment, where problems are most often solved in groups rather than in isolation.

A Decade of Change

The ups and downs experienced by biotechs and pharmaceutical companies over the last decade have prompted a noticeable change in how business is done. As the industry recovers from the 2008/2009 financial market crash and faces shrinking revenue streams, research and development is shifting from the big pharma powerhouses to the ever-growing biotech sector, and the line between the two is no longer as clear-cut as it once was. “If you look at where big drugs are going to be 10 years from now, virtually all of them are coming out of the biotech world,” says G. Steven Burrill, CEO of Burrill & Company, a life s-ciences venture capital and financial services firm. “The nomenclature of Big Pharma on the one hand and biotech on the other has really changed—the big guys and the small guys are no longer big and small.” CANCER DRUG DISCOVERY AT EPIZYME: Elayne Penebre analyzes the effects of treatment with one of Epizyme’s histone methyltransferase inhibitors on human lymphoma cells.

Part of this shift has been driven by pharma’s slipping revenue streams. As patents for blockbuster drugs expire, pharmaceutical companies are facing more generic competition than ever, and producing fewer revenue-generating drugs to make up for it. Abbott Laboratories, ranked #14 in this year’s survey, for example, will lose its patent for the cholesterol- and triglyceride-reducing drug TriCor in July 2012, while the patent for #17 Novartis’s high blood pressure medicine Diovan will expire in September 2012, costing the companies some $68 million and $1.5 billion a year, respectively. “Between now and 2016 roughly 30 percent of revenue is going to drop off because of the products coming off patent protection,” says Alan Edwards, a product leader for Kelly Scientific Resources, a staffing company.

This means less revenue to put back into research, and last year, for the first time in industry history, pharma R&D budgets began to fall, forcing the companies to look elsewhere for innovation. “If you were the head of R&D at any of the big pharma companies a decade ago, you kind of looked down the hallway and said, ‘How are we doing, guys?’” Burrill says. “Now, [if] you look down the hallway, there’s nobody there. You’re basically looking outside at the biotech industry.”

In addition to the overall restructuring seen over the past several years, there have also been significant trends in research focus. Pressure from regulatory agencies as well as insurance agencies are forcing both biotech and pharma to spend more time and resources developing products for more specialized populations. “In order to get a product approved today, increasingly . . . you have to be able to have a diagnostic that can identify the subset of patients that’s actually responders,” Burrill says.

While this push for personalized medicine will be revolutionary for patient care, it won’t be easy on the industry. With much smaller patient populations targeted, “the products don’t have as much revenue as they did before,” Edwards says.

Companies are also focusing more and more on large-molecule biologics, on diagnostics, and on technologies to deal with the growing deluge of data being generated by advancing genomics techniques. “We are a data-rich environment today,” Burrill says. “We have a wealth of patient information today that we never had before, that can not only tell you what’s wrong with you but can increasingly be predictive.” This is beginning to spur a shift in focus from healing sick patients to treating healthy populations proactively, he adds. “We’re just at the front end of that change, but the consequence of that change is extraordinary, and that’s all come about in the last decade.”

Physiology and Foosball at ADInstruments

The atmosphere at this year’s #1 company is still laid-back, even after 25 years in business—and after going global. Founded in New Zealand in 1988, ADInstruments, which provides equipment for recording physiological signals, encourages a sense of project ownership among its employees rather than requiring adherence to a regimented hierarchy. Programmers work in groups, so that several brains tackle each problem, says CEO Michael Macknight. “Maybe [the culture] is a Kiwi thing,” he adds. ADInstruments’ equipment measures heart rate, blood pressure, and nerve impulses, and develops software that makes analyzing the data a breeze for biologists without engineering or programming backgrounds. As part of a larger effort to study cardiovascular deconditioning in space, the company’s technology has even been used to collect blood-pressure measurements of astronauts preparing to travel to the International Space Station.

All of the company’s salespeople have technical backgrounds, usually in biomedical engineering, which allows them to do consulting and at times even help clients tailor software to meet their particular needs, says North American sales manager Greg Boulet. For example, when a client needed to correlate sympathetic nerve impulses with subtle changes in ECG waves, Boulet was able to create a system where medical doctors with no programming experience could press one button and measure the right signals, export the data to a spreadsheet, and graph it. Project manager Brandon Bucher agrees that it’s gratifying to work at a company where a whole day spent helping solve clients’ problems is not considered wasted time, he says.

Even though ADInstruments operates from several far-flung locations, including New Zealand, Australia, and North America, it still manages to foster a sense of community, says Bucher. In addition to in-country socializing, where officemates play foosball after work or celebrate Friday happy hour, ADInstruments hosts a company-wide conference every 2 to 3 years, so most of the 170 employees in the company are on speaking terms with the CEO, says Bucher. “It’s just very different from other biomedical companies,” he adds.

Cofounded by Nobel Laureate Thomas Steitz in 2001, 6th-place company Rib-X Pharmaceuticals develops novel antibiotic compounds based on Steitz’s work on the structure and function of the ribosome. Its most advanced preclinical program, RX-04, focuses on developing antibiotics that target a 20 angstrom-wide binding site on the bacterial ribosome, and is slated to enter compounds into phase I trials later this year. The company partnered with Sanofi last year to usher these therapies, which will combat both gram-negative and gram-positive pathogens, toward clinical approval.

Rib-X, which now employs 43 people, did most of its hiring in 2002, and many of the researchers who came onboard then are still at the company a decade later, says CSO Erin Duffy. “A lot of [staff scientists] grew up at Rib-X,” she says. “It’s more like a family, and I’m proud to say at this point, not so dysfunctional.”

Ashoke Bhattacharjee, head of Rib-X’s chemistry group, first came to Rib-X as a junior scientist in 2002, fresh out of a postdoc at the University of Texas Southwestern Medical Center. “I’ve seen how Rib-X started and how it has been growing until now,” Bhattacharjee says. “It’s fascinating.”

Four groups—crystallography, chemistry, biology, and animal studies—interact on one floor at Rib-X’s headquarters in New Haven, Connecticut. “Here your ideas and your efforts are really embraced by the team,” says Andrea Marra, Rib-X’s director of preclinical pharmacology. “You never feel like you have a bad idea or a stupid question.”

Sharing ideas and tracking the fate of promising compounds is done in hallways, in offices, and at weekly teatime at Rib-X. “You’re not interacting with the data through a database,” says Zoltan Kanyo, the company’s director of structure-based drug design. “You’re actually interacting with the people who are doing the assays.”