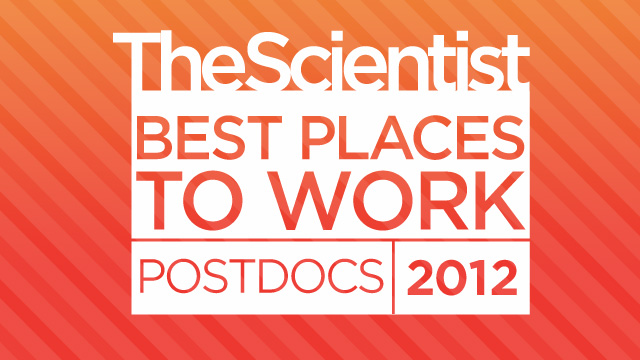 Postdoctoral training originated in the late 19th century as a brief pause after thesis work for would-be professors to gain additional training and experience. More than a century later, the number of life sciences postdocs is increasing, with the United States homegrown and visiting postdoc population tripling since 1983, now totaling well above 50,000. And that brief pause is lasting longer and longer. Over the 10 years of The Scientist’s annual Best Places to Work for Postdocs survey, this trend has become clear: the percentage of respondents who have been postdocs for 3 or more years has increased from less than 30 percent in 2007, when The Scientist first started collecting such data, to almost 40 percent this year; postdoc careers lasting 7 or more years have more than doubled in that same time period, as reported by almost 6 percent of this year’s respondents. These days, “you need a really complete story to get the high-profile paper,” says postdoc Ilka Reichardt of the Institute of Molecular Biotechnology (IMBA) in Vienna, which ranked 2nd among international institutions in this year’s survey—and it takes a good 6 or 7 years to amass all the data, she says. Furthermore, because research technology has evolved by leaps and bounds in the last decade, it’s unlikely a solitary postdoc can obtain all that data, says Todd Strochlic, a postdoc at #3-ranked Fox Chase Cancer Center in Philadelphia. Collaboration is the only way to get high-profile work published, he says, citing Fox Chase’s small size and collegial atmosphere as keys to his own success at finding collaborators.

And the length of postdocs isn’t the only thing that’s changing. The last 10 years have seen increasing support for the young scientists, including the founding of the National Postdoctoral Association in 2003 and the subsequent improvement in benefits such as retirement plans and relocation allotments. Accordingly, our survey shows that postdocs are more content than ever.

Read on to learn how 2012’s top-ranking institutions nurture their postdocs, including this year’s #1 international institution, the Champalimaud Centre for the Unknown in Portugal; compare the strengths and weaknesses of the top 30 US institutions, topped by the Whitehead Institute for Biomedical Research; and find out more about how postdocs have changed over the past decade.

It may sit amid the bustling metropolis of Philadelphia and boast enough personnel to fill a large village, but the Fox Chase Cancer Center, ranked #3 among US institutions this year, “has a definite small-town feel,” says postdoc Joy Little, who studies the role of a docking protein in cancer. The yearly postdoc picnic in Fox Chase’s grassy courtyard brings together postdocs and their families, and if anyone ever feels the need for a neighborly chat with a side of sugar, they can find free tea and cookies each afternoon in the cafeteria. Despite its cozy atmosphere, Fox Chase boasts an impressive history of research excellence. Two Nobel Prize winners, Baruch Blumberg and Irwin Rose, maintained labs at Fox Chase. And Alfred G. Knudson Jr., who developed the “two-hit” theory of cancer in 1971, has headed a lab at Fox Chase since 1976, and earned a 1998 Lasker Award and a 2004 Kyoto Prize for career excellence.

To help their research continue to meet these high standards, Fox Chase postdocs present their work to each other in a seminar series that allows them to get feedback from their colleagues. Although faculty do attend, the seminars are a more informal place where postdocs gain public-speaking experience and keep up to date with their peers’ research, explains Little.

And though Fox Chase may lack the sea of students seen at a university, postdocs still have the opportunity to mentor and teach. Every May, an influx of college undergrads on summer research fellowships swell the lab ranks. A few high school students also pursue projects at Fox Chase, says Little, who is in her third year of mentoring the same high school student.

Although less than 2 years old, the Champalimaud Centre for the Unknown tops our list of best international institutions for postdocs. The Centre focuses on neuroscience and cancer research and occupies a picturesque setting overlooking the Tagus River in Lisbon, Portugal. Supported by the Champalimaud Foundation, the institution is outfitted with enviable core facilities and a gorgeous new campus. But above all, it’s the opportunity to be involved in the start of something new that makes working at Champalimaud so rewarding, says Ricardo Gonçalves, a postdoc who investigates Drosophila metabolism and behavior. “There’s something really good starting,” says Gonçalves, describing an enthusiastic group of young, excited researchers working to bring scientific excellence to Portugal. Because the facility is so new, most of the postdocs are fresh out of grad school, and most group leaders in the neuroscience division have been running their own labs for less than 5 years. Though young, the PIs at Champalimaud are already making waves in their fields. Among the first group of researchers to receive International Early Career Scientist awards from the Howard Hughes Medical Institute are Champalimaud’s Rui Costa, who investigates the mechanisms underlying learning and habit formation, and Megan Carey, who studies how neural circuits in the cerebellum contribute to behavior.

Working at such a new facility also gives postdocs a bigger role in the institution’s future. Like many of Champalimaud’s postdocs, Cindy Poo has been at the Centre less than a year, but she’s already drafted an advertisement attracting trained technicians to the Centre’s histology core facility and participated in the postdoc panel that screened the applicants. And since most investigators are just starting up their labs, group leaders encourage postdoc input when deciding how to allocate new lab space, what future experiments to pursue, and what new equipment to buy.

“I’ve never worked anywhere so democratic,” says Poo, who performed research as a graduate student at the University of California, San Diego and Massachusetts Institute of Technology before traveling to Portugal for her first postdoc. The culture at the Centre is very “freely moving,” she adds, “not formal.”

As The Scientist’s annual postdoc survey reaches its 10th year, it’s assessing a very different postdoc world. While many institutions now boast internal postdoc associations where postgraduate researchers can air their complaints, when The Scientist first launched its Best Places to Work survey in 2003, the National Postdoctoral Association (NPA) was only just being conceived. And when the Sigma Xi Postdoc survey was published in 2006, it reported that many postdocs worked without retirement benefits or clear mentoring guidelines. NUMBER ONE: The Whitehead Institute for Biomedical Research in Cambridge, Massachusetts, took the top spot among US institutions in both this year’s and last year’s surveys.
WHITEHEAD IINSTITUTE, CHRIS SANCHEZ

Today, postdocs have a markedly stronger support system, which is reflected in the noticeable rise in postdoc job satisfaction seen in our survey. The percentage of postdocs who responded “Fair” or “Poor” to our survey dropped from 25 percent in 2006 to 19 percent this year, while postdocs who rated their positions “Excellent” jumped from 20 to 32 percent over the last 6 years.

And postdoc happiness is of growing importance, given that many are staying in their positions longer and longer. Almost 15 percent of postdocs who responded to The Scientist’s survey have been in their current position for more than 5 years, up from just over 8 percent in 2007, when we began collecting data on postdoc length.

The length of training is one of the biggest challenges postdocs face, says Jana Koubova Hersch, a postdoc at Whitehead Institute for Biomedical Research in Cambridge, Massachusetts, which ranked #1 among US institutions for the second year in a row. Spending long years as a postdoc, and perhaps in more than one position, means that by the time scientists start the arduous process of launching their own labs—if they even get to that point before finding jobs in industry or elsewhere—they are much older, says Hersch. This forces some to put on hold other parts of their lives, like getting married and raising a family.

But longer tenures may also motivate postdocs to continue pushing for benefits they deserve. “I think the longer time spent here means that they’re more invested,” says John LeViathan, who has advised postdocs for the past 12 years at the 2nd-ranked Gladstone Institutes in San Francisco. In the past few years, postdocs from his institution have successfully agitated for subsidized child care, for example, and have initiated seminars that teach nonresearch skills, such as grant writing and people management. At the Institute of Molecular Biotechnology (IMBA) of the Austrian Academy of Sciences in Vienna, #2 among international institutions in this year’s survey, postdocs unhappy with the available technology convinced administrators to provide everyone with a personal laptop.

The NPA has also been an active force in improving postdoc life. The Association has worked with the National Institutes of Health and the National Science Foundation to create mentoring guidelines for federally funded postdocs, and advises postdocs hoping to form a postdoc association at their home institution. Now, most of the institutions that rank in The Scientist’s survey each year boast some sort of retirement package, as well as other benefits such as life and disability insurance, relocation allotments, and on-site child care.

Editor’s note (March 30, 2012): The Donald Danforth Plant Science Center in Saint Louis, MO, updated its number of postdocs from 28 to 39 to include senior level postdocs, who are given the title research scientist.