Between 2013 and 2014, 19 people were voluntarily locked in a clinic for days at a time—not once, but on four separate occasions. They were fed a different, strict diet on each of their three-day-long visits, and were forbidden to exercise. Computer access and visitation were allowed, so long as guests didn’t smuggle in snacks. Subjects turned over all their urine, from morning, afternoon, and night, to researchers.

These participants temporarily sacrificed their freedom to help dietician Gary Frost and colleagues at Imperial College London understand how eating habits influence the relative concentrations of metabolites excreted in urine, and thus how urine could serve as an indicator of a person’s diet, which in the team’s experiment ranged from healthy to gluttonous. Frost’s team anticipated that such metabolomics analyses would provide more-reliable data for nutritionists than the traditional tactic of asking free-roaming subjects what they’ve been noshing—an approach that is notorious for its huge error rates.

“Most people have a really bad memory of what they’re eating. . . . People will deny eating a dessert or forget that they ate a chocolate,” says David Wishart, a biochemist who works on metabolomics and nutrition at the University of Alberta but was not involved in Frost’s study. On the other hand, he adds, “blood and urine don’t lie.”

Indeed, Frost’s team was able to use the volunteers’ data to turn profiles of metabolites in urine into a single score, which they can now use to make inferences about the diets of people whose meals they didn’t control. Other researchers seeking objectivity in nutrition research are identifying metabolites that reveal if a person has consumed a specific food.

The approach is not yet perfected or widespread, and researchers are still working to define the metabolites linked to certain dietary qualities or foods. But with careful analyses, scientists are beginning to uncover nuanced information about people’s diets, such as how much milk and cheese they consume, or what kind of brew coffee drinkers drink. As the techniques improve and data on diet-metabolite correlations amass, researchers expect to standardize dietary epidemiology, which seeks to elucidate links between specific eating habits and disease risk. Some even see an opportunity to develop personalized nutrition recommendations to help people boost or maintain physical and mental health. Wishart, for example, is the chief informatics officer at a Vancouver-based company called Molecular You that uses metabolomics and other information to advise customers on eating habits to improve their health.

“There is a high expectation that [metabolomics] will play a leading role in deciphering the interactions between diet and health,” says Cristina Andrés-Lacueva, a nutrition researcher at the University of Barcelona.

Before scientists can begin to link metabolites with health and disease, they must detail the relevant biomarkers for consumption of diverse foods. In 2019, Wishart and collaborators from Europe and New Zealand wrapped up a project that aimed to identify biomarkers for various foods and drinks, from Coca-Cola to chicken breast to Gruyère cheese. Potential biomarkers include compounds directly derived from those foods or fluctuations in the concentrations of human metabolites or metabolites produced by the gut microbiome. Called the Food Biomarker Alliance (FoodBAll), the study turned up several promising candidates. 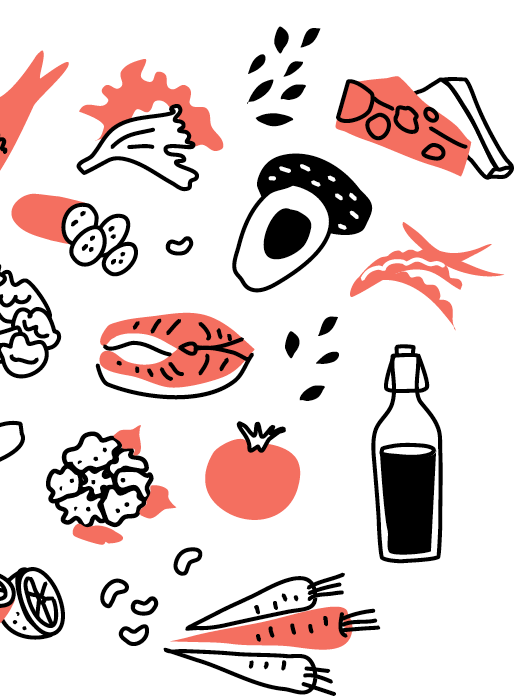 For example, the team investigating blood biomarkers for dairy proposed the sugar alcohol galactitol as an indicator for consumption of cow’s milk, and the aromatic compound 3-phenyllactic acid as a signal for cheese ingestion. The FoodBAll collaborators also developed protocols for validating these novel biomarkers and created several online databases to fuel food metabolomics research. (See table below.)

Even beyond the FoodBAll group, once researchers started looking, they found metabolites that reveal striking details about dietary habits. For example, biochemist Augustin Scalbert, of the International Agency for Research on Cancer, is interested in coffee, which comes in various types. It’s also been linked to a range of health effects, so scientists want to know the best biomarkers for what kind, and how much, subjects consume. Scalbert and colleagues compared blood metabolites from 451 individuals from four countries: France, where people often drink espresso; Germany, where drip-filtered coffee is the norm; Greece, where boiled coffee is preferred; and Italy, where an espresso-like shot brewed by a percolator called a moka pot is popular. In France and Germany, the alkaloid trigonelline was the best marker for coffee consumption. But in Greece the best way to estimate someone’s coffee intake was quinic acid, Scalbert says, and in Italy, it was the amino acid derivative cyclo(isoleucyl-prolyl). The results suggest the ideal biomarkers might depend on the population under study.

Diet has long been linked to cancer risk. But most studies have simply asked people what they eat, and then tracked later cancer diagnoses.

Like many nutrition researchers, epidemiologists at the American Cancer Society are now seeking specific markers for individual foods to obtain more-reliable data on diet-cancer links. A couple of years ago, Marji McCullough and Ying Wang analyzed 1,186 serum metabolites from 91 food groups and individual items, based on a study of 1,369 women who had filled out food-frequency questionnaires as part of the Cancer Prevention Study II. Correlations abounded: the scientists were able to connect 42 of those foods and food groups to 199 different metabolites, including some novel, not-yet-named biomarkers for coffee and for dark fish, a category that includes sardines and salmon. McCullough and her colleagues hope to validate and apply this profiling method to understand cancer risk in future studies. “The field is still young,” she says.

Scalbert agrees. “We are learning, little by little, to exploit this information and make the best use of it to understand the link between food intake and different foods . . . and different diets and the risk of cancer.”

He was interested in coffee because it is associated with a lower risk for liver cancer and its precursor, chronic liver disease. Liver cancer affects about 33,000 Americans each year, according to the CDC, but a regular coffee habit slashes cancer risk by up to 50 percent. Armed with their knowledge of coffee biomarkers, Scalbert and collaborators investigated banked blood samples collected from male smokers during a trial of nutritional supplements for the prevention of lung cancer in Finland in the 1980s. In this dataset, coffee-drinking was associated with higher blood concentrations of several compounds—including the neurotransmitter serotonin, glycerophospholipids that make up cell membranes, and trigonelline from the coffee beans themselves—and lower concentrations of tyrosine and bile acids.

Then, the researchers compared the data from trial participants who’d later been diagnosed with liver cancer or who died of liver disease before the end of 2012 with the data from volunteers in the same trial who had healthy livers. Those healthy controls tended to have higher levels of the coffee compounds and associated molecules, while tyrosine and bile acids were higher in those who went on to develop liver disease or cancer.

“This is a very nicely done and well-designed study,” says Wishart, who was not involved in that particular piece of research but has collaborated with Scalbert on other projects. He says the results fit with other studies suggesting that consuming coffee can diminish inflammation in the gut while promoting the growth of a beneficial microbiome—factors that then limit the damage caused by compounds such as bile acids and tyrosine.

What metabolites can tell us about overall diets

Taking a more generalized view of eating habits, Frost and others are attempting to quantify the overall healthfulness of a diet. In the lock-in study, held at the UK’s National Institute for Health Research/Wellcome Trust Imperial Clinical Research Facility in London, he and his team fed their subjects four different meal plans: Diet 1 included foods considered healthy by the World Health Organization, including whole-wheat cereal, steamed salmon, and grapes. Diet 4 represented the opposite end of the spectrum, with sugar-coated cereal, fried pork sausages, and milk chocolate. Diets 2 and 3 fell in between those extremes.

Within just a few days, the researchers could detect the effects of these menus in the subjects’ metabolomic profiles. For people eating the nourishing Diet 1 meals, 19 metabolites appeared at higher concentrations than they did in the urine of people consuming junk food–heavy Diet 4. One of those metabolites, for example, was hippurate, an indicator of fruit and vegetable consumption. Conversely, nine metabolites were higher in people feasting on unhealthy Diet 4 than those on Diet 1. Carnitine, a biomarker for red meat, was one. 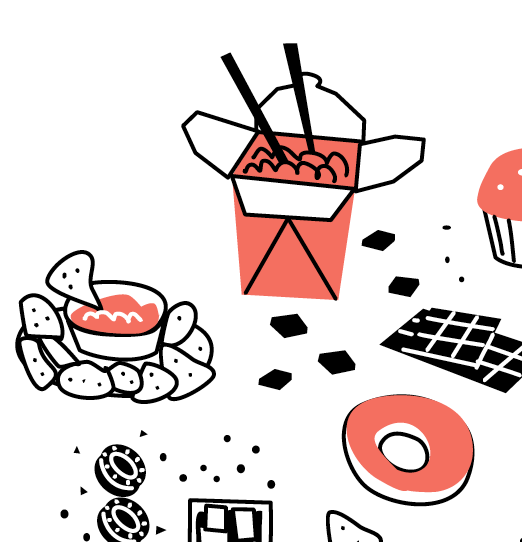 To incorporate these individual signals into a broader assessment, data scientist Joram Posma applied machine learning. He used the biomarker levels from participants on Diet 1 or Diet 4 to train a computer algorithm to predict a person’s diet quality by profiling their urine. Then, the team tested its model on the data from the intermediate diets. Sure enough, the model correctly identified Diet 2 eaters as having relatively healthy metabolomes, and Diet 3 diners as skewing closer to the unhealthy patterns. The team also validated the model in other cohorts from Denmark and the UK. Those with healthier reported diets had metabolomes more similar to those of locked-in subjects who ate Diet 1.

“This paper is interesting as it combines an intervention study with observational studies in two different cohorts,” says Scalbert, who was not involved in the research. “This has often been done for specific foods, but more rarely for whole diets.”

Based on a metabolite profile, the team can now calculate a single Dietary Metabotype Score (DMS) to represent how healthy a person’s eating habits are.2 “We can say where you are on the spectrum,” says Frost.

Crucially, the scores are objective, with no interference from faulty recollections by eaters, adds Isabel Garcia-Perez, a chemist on the project who is now putting the algorithm into practice. In a trial of clients seeing dieticians collaborating on the project, Garcia-Perez will use dietary scores to give providers an idea of a person’s eating habits before they meet, and to determine how closely clients follow, or don’t follow, their prescribed eating plans. She predicts that clients will be more motivated to keep up with the recommended diets if their metabolome provides frequent, reliable feedback on their adherence to the instructions.

McCullough and colleagues are seeking easy markers for broad dietary patterns in blood. They specifically looked for metabolites that would likely indicate scores on four different diet measures: the alternate Mediterranean diet score, the alternate Healthy Eating Index, the Dietary Approaches to Stop Hypertension, and the Healthy Eating Index. Top predictors for high scores on these indices, reflecting a healthy diet, included markers for fish consumption such as the omega-3 fatty acid DHA, and the vitamin carotene from fruits and vegetables.

Ultimately, says McCullough, this kind of research may lead to affordable blood tests that indicate a person’s true dietary patterns—an objective measure that clinicians could use to assess disease risk and advise patients. “That’s far in the future,” she says, “but there’s a lot of potential.”

Amber Dance is a freelance science journalist living in the Los Angeles area. Read her work or reach out at AmberLDance.com.