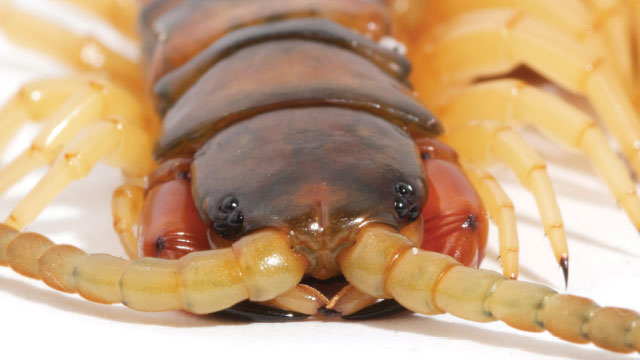 Centipede venom has a long history as a painkiller—toxins from the Chinese red-headed centipede (Scolopendra subspinipes mutilans) have been used in Chinese medicine for hundreds of years. But the leggy creature’s arsenal has only recently gained attention as inspiration for modern analgesics. “There’s on the order of 3,000 venomous centipedes,” says Glenn King, a biochemist at the University of Queensland, Australia. “Yet they’re massively underexplored in terms of what’s in the venom.”

In 2013, King and colleagues reported that one centipede-made peptide, Ssm6a, selectively inhibits NaV1.7—a voltage-gated sodium channel implicated in pain sensing in mammals, including humans (PNAS, 110:17534-39). In rodent models, Ssm6a was more potent than morphine, though the finding has yet to be reproduced. Last year, a Chinese team showed that another centipede peptide, potassium channel blocker SsmTX-I, has analgesic properties in mice (J Ppt Sci...

“These venoms are full of ion-channel modulators,” says King. From a pain-killing perspective, “some of those molecules may turn out to be more or less useful therapeutically—we just don’t know yet.”