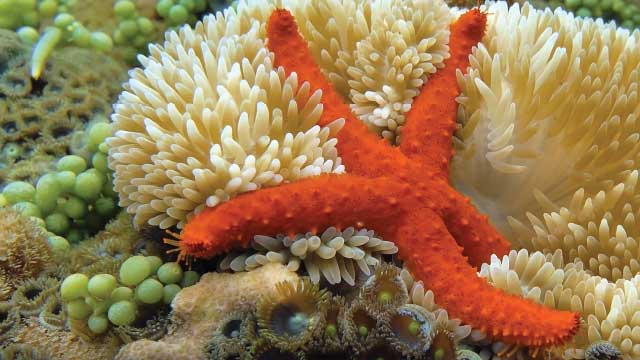 © ISTOCK.COM/DAMOCEANIn the early days of searching for interesting compounds in animal venoms, researchers regularly discovered molecules that blocked voltage-gated sodium channels. While these channels play critical roles in pain perception, the protein family that makes up the channels also mediates other physiological functions, so the challenge became to block channels only on cells involved in pain. “It’s all about selectivity,” says Christine Beeton, an immunologist at Baylor College of Medicine.

In the mid-1990s, researchers discovered an alternative—stichodactyla toxin (ShK) from a Caribbean sea anemone (Stichodactyla helianthus), one of the first peptide toxins identified that blocks a voltage-gated potassium channel. And not just any potassium channel; ShK targets KV1.3, which is upregulated on autoreactive T lymphocytes—cells that drive numerous autoimmune diseases, Beeton explains. “That makes this channel a very, very good target, because now you can target autoreactive T lymphocytes without targeting all the T lymphocytes...

In 2001, Beeton started working on ShK as a postdoc at the University of California, Irvine. There she helped develop the analog ShK-186—so called because it was the 186th compound tested—which was highly selective for the KV1.3 channel and bound to it with a high affinity. Now known as dalazatide, the drug is being developed by Seattle-based Kineta for the treatment of multiple autoimmune disorders, including psoriasis (the only indication for which dalazatide has progressed to early-stage human trials), inclusion-body myositis, and lupus. While dalazatide is not an analgesic per se, “each time you have an inflammatory disease, if you manage to reduce this inflammation, as an effect you’re going to reduce pain also,” Beeton says.