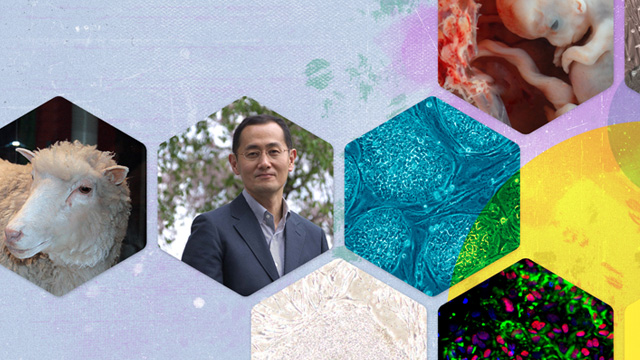 Stem cell research was going strong by the late 1990s. Developmental biologists had been using human embryonal carcinoma (EC) cells at the bench since the mid-1980s, but work on embryonic stem cells (ESCs) and embryonic germ cells in the mouse had given researchers hope that they could derive pluripotent cells from humans that wouldn’t have the EC cells’ abnormal genomes. Leading up to the new millennium, a handful of researchers were working furiously toward this goal.

Restrictions to federal funding for human embryo research in the U.S. severely hindered efforts, but in November 1998, two labs supported by private funding from the Geron Corporation succeeded. James Thomson, a developmental biologist at the University of Wisconsin–Madison,...

Mining human embryos and fetuses for pluripotent cells incited a public outcry. “It was clear once we published that all hell broke loose,” says Gearhart. Two extremist camps rapidly arose. “For some people . . . I was the one who was going to provide all of these cures,” he recalls. “And to other people I was the devil—killing babies, all of that.” Within months, Gearhart says, he and Thomson were testifying before Congress in defense of their work, while Johns Hopkins removed the signs pointing to Gearhart’s lab for his protection and his family endured threats from protestors. To help his trainees understand the debates, Gearhart brought ethicists and philosophers into the lab.

The public backlash continued for years, but the science carried on. Despite the fraught political backdrop, research on pluripotent stem cells has sparked advances in fields from developmental biology to genetics, from drug discovery to regenerative medicine.

When pluripotent stem cells were isolated from mouse embryos in 1981 (Nature, 292:154-56; PNAS, 78:7634-38), the new cell lines enabled two major advances: the growth of large numbers of cells for studying development, and the creation of genetically engineered mice. “Mouse embryonic stem cells changed the whole of mammalian genetics,” says Janet Rossant, a developmental biologist at the Hospital for Sick Children in Toronto. “The ability to take a cell in culture, genetically manipulate it—alter it, knock out genes, add genes, do anything you want—and put it back into the embryo, and have it contribute to the mouse, really was revolutionary.”

Over the next 17 years, biologists developed procedures and culture conditions to derive multiple differentiated cell types from mouse ESCs, including hematopoietic cells, muscle cells, and neurons, but researchers struggled to replicate the feat in human cells. With the isolation of pluripotent stem cells from human embryos and fetal tissue by Thomson and Gearhart in 1998, however, the stem cell field entered a realm where human cell therapies seemed attainable.

In the meantime, at the University of Edinburgh’s Roslin Institute, embryologist Ian Wilmut and his colleagues had inserted the nucleus of a mammary cell into an ovine egg cell to create Dolly the sheep, demonstrating that the mammalian oocyte contained factors that could reprogram a fully differentiated cell’s DNA (Nature, 385:810-13, 1997). Later cell-fusion experiments showed that human embryonic stem cells also contained reprogramming factors that could restore the somatic genome to a pluripotent embryonic state (Science, 309:1369-73, 2005). Once identified, researchers expected, these reprogramming factors could convert any differentiated cell into an embryonic stem cell–like state—and conveniently sidestep much of the controversy over using human embryos for research.

In Massachusetts, MIT geneticist Rudolf Jaenisch tasked most members of his lab with finding these factors as a side project to their primary research. “It was clear that it would be a very important finding, but it was also clear that it may not work,” says Stanford University’s Marius Wernig, a postdoc in Jaenisch’s lab at the time. But Shinya Yamanaka, a stem cell biologist at Kyoto University, beat Jaenisch’s team to the punch. In 2006, Yamanaka and colleagues described four transcription factors—Oct4, Sox2, c-Myc, and Klf4—that could convert mouse fibroblasts to a pluripotent state when their genes were introduced to the cells’ genome using a retrovirus (Cell, 126:663-76). The results were called induced pluripotent stem cells (iPSCs).

“That’s really the secret to the whole field,” says Jeanne Loring, director of the Center for Regenerative Medicine at the Scripps Research Institute. “Making iPS cells turned out to be very straightforward.”

Since the mid-2000s, the number of labs using iPSCs in research has steadily increased. But the process of reverting adult cells to a pluripotent state wasn’t perfect, and the danger of tumor formation posed a major obstacle to therapeutic development. Reprogramming cells to a pluripotent state is an inherent risk; one of the tests of pluripotency is whether the cells can create teratomas. Additionally, one of Yamanaka’s original factors, c-Myc, is the product of a proto-oncogene that can spur tumor growth in iPSCs (Nature, 448:313-17, 2007), and viral vectors raised the possibility that the transcription factors would activate an oncogene when they integrated into the host genome.

Early work on the reprogramming recipes incorporated new factors in place of c-Myc (Nat Biotech, 26:101-06, 2008). Researchers have also tried other delivery methods, such as introducing proteins or synthetic mRNA. But these alternatives are still laborious, and most are no more efficient than the retroviral reprogramming—and often less so. A few years after iPSCs were developed, Wernig’s team figured out how to skip the pluripotent state altogether, converting directly from one differentiated cell type to another (Nature, 463:1035-41, 2010).

Direct conversion may theoretically avoid some of the cancer risks of pluripotent cells, but researchers are also looking to the process as a way to streamline cell generation. “A lot of these differentiation protocols that you use to get a specialized cell type like lung or hepatocyte, they’re quite long and cumbersome,” says Rossant. “If one could shortcut that and do a direct conversion, it could be very useful.”

While some teams worked to improve stem cell conversion at the bench, others have been eyeing ways pluripotent cells could be transformed for the clinic. But cell therapies have been dogged with quality-control concerns, with critics asking how closely the final differentiated cells mirror those in a healthy adult. Working out the details of different developmental pathways has been a challenge, says Gearhart. “Many of us thought we’d be able to do it in a few years, but here we are still struggling 20 years later in some of these lineages.”

Nevertheless, stem cell–based regenerative medicine is finally edging closer to clinical application. Labs around the world are using pluripotent cells to generate a variety of therapeutic cell types, such as pancreatic beta cells for diabetes and dopaminergic neurons for Parkinson’s. In 2010, the Geron Corporation began the first FDA-approved clinical trial using human ESCs to treat spinal cord injury, though the project was shut down in 2011 due to high costs after enrolling only four patients. The Astellas Institute for Regenerative Medicine (formerly Advanced Cell Technology) is pursuing an ESC treatment for macular degeneration, and launched a Phase 2 clinical trial last year. In 2014, Masayo Takahashi, an ophthalmologist from the RIKEN Center for Developmental Biology, in collaboration with Yamanaka, began the first iPSC clinical trial for a therapy to also treat macular degeneration. The trial was put on hold after the researchers discovered mutations in the cells, but one patient safely received the treatment, and the study team plans to resume the trial.

Dozens of other pluripotent stem cell–based therapies have shown promise in preclinical studies, but so far, a definitive clinical success remains elusive. To break open the field of regenerative medicine for good, “we need to have a trial succeed,” Loring says. 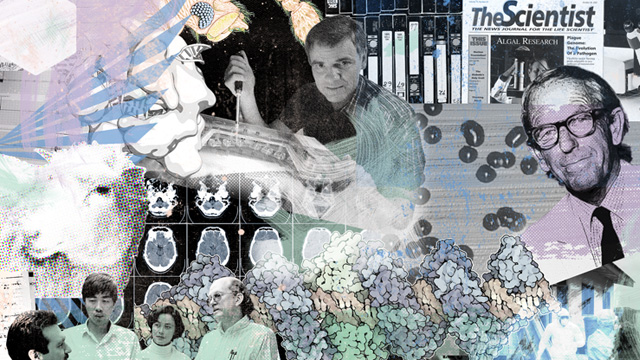