In September of this year, pharmaceutical companies Biogen and Eisai announced that they were halting Phase 3 clinical trials of a drug, elenbecestat, aimed at thwarting amyloid-β buildup in Alzheimer’s disease. Although the drug had seemed so promising that the companies elected to test it in two Phase 3 trials simultaneously, preliminary analyses determined that elenbecestat’s risks outweighed its benefits, and the drug shouldn’t be moved to market. The cancellation “amounts to a further step in the unwinding of Biogen’s expensive, painful, and ultimately fruitless investment in Alzheimer’s disease (AD) drug development,” analyst Geoffrey Porges told Reuters at the time.

Biogen’s misfortune is just the latest in a slew of late-stage Alzheimer’s drug failures. Six months earlier, the company had halted another set of parallel Phase 3 trials due to lack of efficacy of a different drug candidate, aducanumab (though after further data analysis, Biogen announced that it will seek approval for aducanumab after all). And between 2013 and 2018, Pfizer, Eli Lilly, Merck, and Johnson & Johnson all terminated Phase 3 or Phase 2/3 trials due to poor early results. Yet some Alzheimer’s researchers say they think they’ve spotted a silver lining in this cloud of bad news—a hint in the data from these studies about how future work might meet with more success.

At this point, I don’t think we have the best idea in terms of what biomarker is exactly going to be used for what.

In some of these trials, Alzheimer’s patients who were at earlier stages of the disease did better than those with more advanced cognitive decline, says Colin Masters, a neuroscientist at Florey Institute of Neuroscience and Mental Health in Australia who was not involved in the trials. This indicates that the key to finding an effective treatment might be to catch subjects before their condition advances too far, he adds. “The idea is very firmly in our minds that you have to go before the onset of cognitive decline, and you may be successful then in actually delaying the onset of cognitive decline by five years, which would be a major advance.”

Thanks to the recent development of new detection technologies that yield more-precise and reliable measurements of circulating proteins, RNAs, and other molecules, the field is hoping to do just that. Using these analytic tools, which weren’t available just a few years ago, multiple labs around the world are now searching for new biomarkers of the disease to develop blood tests that can screen for early signs of Alzheimer’s, differentiate it from conditions with similar symptoms, or track its progression.

Finding patients in the early stages of the disease and getting them into clinical trials is researchers’ preliminary goal—and identifying biomarkers that can help do that is “the low-hanging fruit,” says Anne Fagan, an Alzheimer’s researcher at Washington University in St. Louis (WUSTL). Making clinical diagnoses that aid treatment decisions, which could involve the same or different biomarkers than those used in trial screening and monitoring, will require a higher level of accuracy—which Fagan, for one, doubts can be attained with a blood test. “[When] there’s a drug,” she says, “it’s going to be a whole ’nother ballgame.”

AD is the most common type of dementia and is characterized by cognitive decline, worsening memory, and mood and behavior changes. Although some controversy remains about the underlying mechanisms of Alzheimer’s, one idea known as the amyloid cascade hypothesis is widely accepted in the field. It states that amyloid-β peptides gradually aggregate as plaques between neurons and kick off a sequence of pathological processes. A major component of these amyloid plaques is an amyloid-β isoform called Aβ42. Less Aβ42 is detected in the cerebrospinal fluid (CSF) of Alzheimer’s patients than in healthy controls, likely because it’s tangled up in plaques.

Aiming to enroll patients early in disease progression, recent trials have initially identified people who show mild cognitive and memory problems in clinical tests, and then selected those who also have the telltale plaques of amyloid-β in their brains according to positron emission tomography (PET) or decreased CSF levels of Aβ42. But that process is onerous. A PET scan costs thousands of dollars and is only available at major medical centers in wealthy countries. While the spinal tap needed to collect CSF is considerably cheaper, the procedure can sometimes cause complications such as headaches, and isn’t common at US doctors’ offices. A well-validated blood test could make the entire process of trial enrollment easier and more efficient, and potentially allow researchers to cheaply screen large numbers of healthy people to identify those most at risk for Alzheimer’s before even mild symptoms have set in. But the task has proven challenging. As Fagan explains, unlike blood, CSF is in direct contact with the brain, “so it’s much easier to detect pathologic biomarkers from the CSF than it would be for blood.”

Early results using newer analysis technologies have shown promise, however. In 2018, researchers at VU University Medical Center Amsterdam used a single-molecule array called Simoa to test the plasma of people who had normal scores on clinical tests of cognition but reported having memory and cognitive lapses in their daily lives. Lower ratios of Aβ42 to the most common isoform of amyloid-β, Aβ40, in plasma were associated with a higher risk of progression to measurable cognitive impairment and to dementia, including Alzheimer’s dementia, the researchers found.

Although a blood test has never been used in a selection process, certain blood-borne markers of AD are already being monitored in trials. Eli Lilly’s failed Phase 3 solanezumab trial, for example, included several blood draws from each patient over the course of the trial for tests of Aβ42 and Aβ40. Fagan explains that the ratio between the two isoforms (both in blood and in CSF) can be a more accurate predictor of the disease than Aβ42 levels alone because people who naturally make less Aβ42, but don’t have Alzheimer’s, also typically make less Aβ40.

In a study published this August, Fagan, her fellow WUSTL researcher Randall Bateman, and colleagues reported that a model combining plasma Aβ42:Aβ40, age, and genetic factors was 94 percent accurate in predicting whether a PET scan would reveal existing amyloid plaques, and that the plasma Aβ42:Aβ40 ratio was highly predictive of which subjects would go on to develop the plaques. Other amyloid-β isoforms, such as Aβ38, have also been evaluated for whether they reflect amyloid plaque burden.

Despite these promising results, the Aβ42:Aβ40 ratio—and even amyloid plaques themselves—remain imperfect predictors of whether a given individual has the disease. That’s due to patient-to-patient variation, and to the complexity of Alzheimer’s.

Decades of research have documented the accumulation of amyloid plaques in the brains of Alzheimer’s patients, but it’s become clear that the condition has various causes, says Walter Lukiw, a neuroscientist at Louisiana State University. “It’s a disease of neurons, [and] neurons can be killed in many different ways,” he explains. “There’s a huge number of factors that contribute to the Alzheimer’s disease process.”

Among those factors is APOE ε4, a variant of a gene involved in cholesterol transport also referred to as APOE4. The variant is associated with a heightened risk for Alzheimer’s: at least one copy of APOE4 is found in about half of patients with the disease, compared with 10–15 percent of the general population. Age is also highly associated with an increased risk, but of course not everyone who lives to be 90 will be affected, and people with early-onset AD may exhibit symptoms as early as their 40s. Researchers have also identified amyloid plaques in the brains of some people who never develop symptoms of Alzheimer’s, suggesting the protein aggregations don’t always have clinical relevance.

To wade through this heterogeneity, King’s College London neuroscientist Abdul Hye stresses the importance of stratifying patients based on the nature of their disease. Rather than discerning whether an individual fits under the Alzheimer’s umbrella, biomarkers should identify underlying disease mechanisms. “It’s not actually diagnosing people but [asking] do they have the target pathology?” he says. “If they do, we can then select them for clinical trials early enough, if there is a treatment available.” 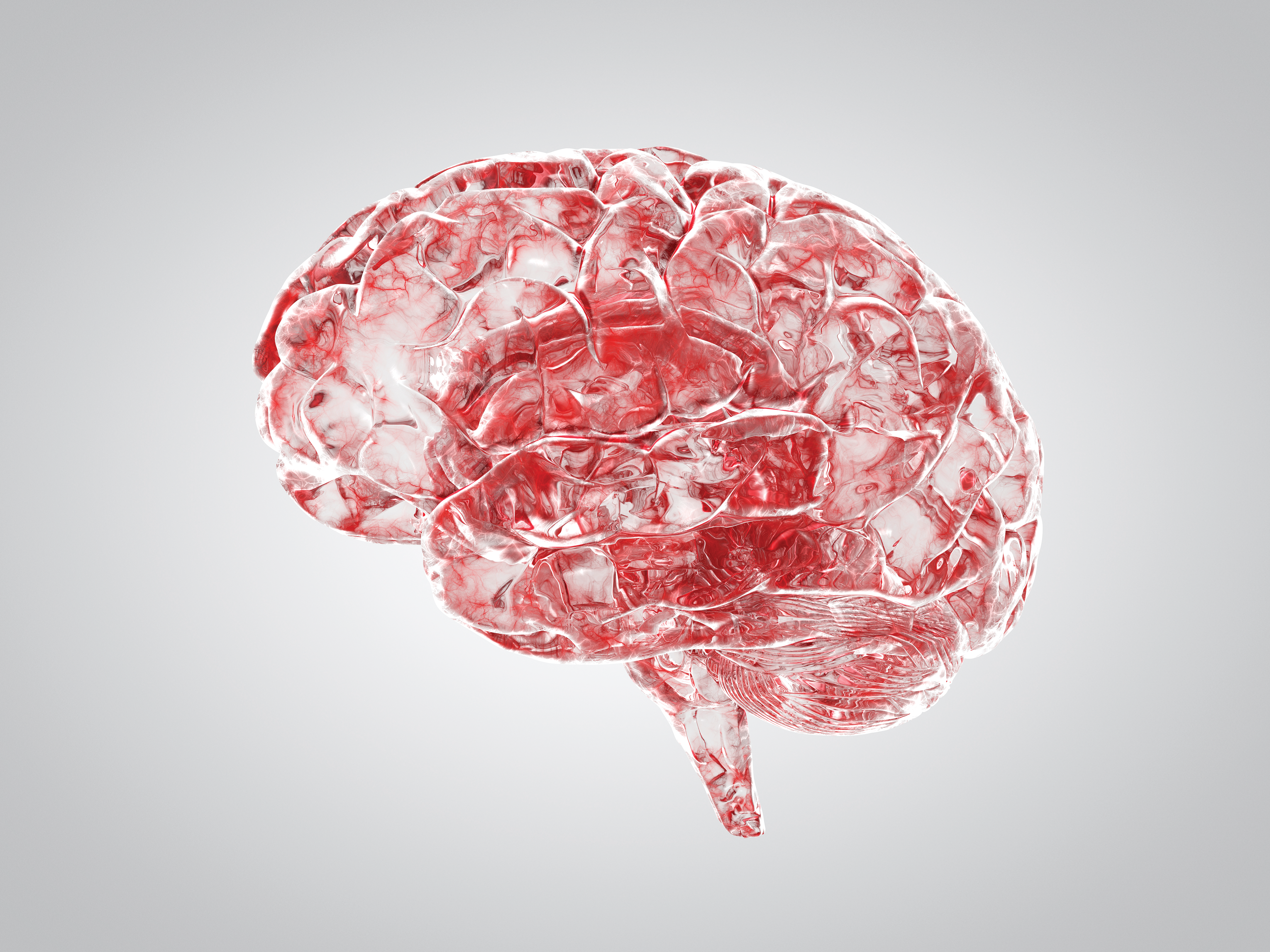 There’s currently no shortage of candidate blood biomarkers for identifying different Alzheimer’s-associated pathologies. In addition to levels and ratios of amyloid-β isoforms, multiple research groups are investigating overall tau as well as phosphorylated tau (p-tau), an abnormal form of the protein that can clump together in damaging neurofibrillary tangles. A 2018 study, for example, found that plasma levels of total tau added predictive power to a model that also included age, sex, and APOE4 allele status, more accurately forecasting whether healthy people were likely to develop Alzheimer’s over a 12-year follow-up period. Researchers are also looking at more-general markers of neuroinflammation and neurodegeneration.

See “Infographic: Biomarkers in Blood Provide a Window into the Brain”

According to Henrik Zetterberg, a biomarkers researcher at the University of Gothenburg in Sweden, improvements in the analysis of protein composition in blood samples have driven an explosion of research—and promising results—over the past decade. The new techniques include Simoa, which Zetterberg helped develop with the VU University Medical Center team and is now commercially available, as well as more-sensitive mass spectrometry assays. If validated, those candidates are likely to feed the development not of a single blood test for Alzheimer’s, but of multiple specialized tests, researchers in the field say. One biomarker or set of markers may be best suited for identifying people with incipient Alzheimer’s before symptoms start; another for helping to rule out other conditions in patients who’ve begun to exhibit Alzheimer’s symptoms; another for tracking progression; and still others for revealing what mechanisms are driving a particular person’s AD course.

“As we are trying to discover and identify these biomarkers, we’re also trying to figure out where they go,” says Michelle Mielke, who studies biomarkers in neurodegenerative disease at the Mayo Clinic in Rochester, Minnesota. “And at this point, I don’t think we have the best idea in terms of what is exactly going to be used for what.”

A number of questions and issues remain to be resolved before many of the biomarkers found in the blood are ready for use in trials, much less for clinical care, sources tell The Scientist. One issue that researchers must account for is individual variability, notes Fagan. “People are so different [and] there’s a lot of things we still don’t know how to even control for in terms of statistical analyses.” Age and APOE4 carrier status, for example, can change the levels of some AD biomarkers independently of whether an individual has the disease.

There are also technical challenges to scaling up newer, highly sensitive assays to yield results that are reliable and comparable across sites. A current thrust of the Alzheimer’s Disease Neuroimaging Initiative (ADNI)—a multicenter, longitudinal study aimed at identifying biomarkers for the AD—is developing standard protocols for blood draws and sample processing to ensure that differences in these steps don’t affect the reliability of testing results, says Leslie Shaw, a pathology researcher at the University of Pennsylvania who codirects the biomarker research component of the project.

In addition, the biomarker assays themselves need to be monitored for consistency, Zetterberg says. “As a lab, we run a number of international standardization programs; we work with all companies that are active in [assays for Alzheimer’s biomarkers],” he explains. The very need for these programs is, in Zetterberg’s view, a positive sign of progress toward reliable Alzheimer’s biomarkers. There’s strong commercial interest in developing such assays, and multiple established analysis platforms exist for each biomarker, he says, making him “very hopeful that this will be a viable field and eventually turn into clinical application.”

Correction (December 5): The original version of this article stated that spinal taps are painful. In fact, the procedure is performed with local anesthesia and is rarely painful. The Scientist regrets the error. 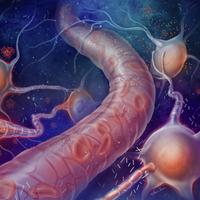