A new era in research on Friedreich’s ataxia, a rare, fatal neurodegenerative disease, began in 1996 when, 133 years after the disease was first characterized, researchers showed it is caused by mutations in the gene now known as FXN. While this finding was an important advance, it also presented researchers with the daunting task of determining why neurons with FXN mutations were dying in Friedreich’s ataxia patients. To meet this challenge, a team at the University of Utah turned to an unlikely source: the baker’s yeast Saccharomyces cerevisiae. A mere 15 months later, using genome editing, growth assays, and biochemical techniques, the Utah team demonstrated that FXN mutations cause fatal mitochondrial damage. This finding identified an important therapeutic target, and clinical trials have recently demonstrated that two drugs targeting mitochondrial function improve symptoms in Friedreich’s ataxia patients....

This serves as one of the earliest examples in which yeast, a single-celled fungus with a one-week lifespan, provided actionable insights into a complex, age-related disorder of the billions of interconnected neurons of the human brain. But remarkably, such stories are common in neurodegenerative disease research, and not just for rare diseases like Friedreich’s ataxia, but for more common diseases as well, including Alzheimer’s disease, Parkinson’s disease, and amyotrophic lateral sclerosis (ALS). Yeast have long been used to understand the fundamental cellular, molecular, and genetic features common to all forms of eukaryotic life and how disrupting these features leads to disease. After S. cerevisiae became the first eukaryotic organism to have its genome fully sequenced in 1996, researchers determined that 60 percent of yeast genes have a human homolog. This means that humans and yeast share not only a common set of cellular structures and functions, but also a set of genetic instructions that encodes them. Neurodegenerative diseases are likely caused by genetic and environmental factors that impair fundamental biological processes conserved across eukaryotic life, and yeast can serve as a valuable model for understanding the roles of these factors in disease and developing interventions to counter their deleterious effects.

Humans and yeast share not only a common set of cellular structures and functions, but also a set of genetic instructions that encodes them.

Yeast provide neurodegenerative disease researchers with unique advantages compared to other model systems. First, yeast cells grow faster and can be maintained at a fraction of the cost of other eukaryotic organisms. This allows researchers to complete experiments faster and at greater scale than in other systems. Moreover, yeast growth provides a simple and reliable indication of cellular health. In the context of neurodegenerative disease research, this provides a metric to decipher the environmental and genetic factors that cause neuronal death and to screen therapeutics intended to treat or prevent these diseases. And arguably the greatest advantage of yeast is the ease with which it can be genetically modified. Yeast, more than any other eukaryotic organism, readily incorporates foreign DNA into its own genome by the process of transformation. This enables researchers to add and remove native yeast genes, incorporate DNA from other species into yeast, and control gene expression, among many other applications. 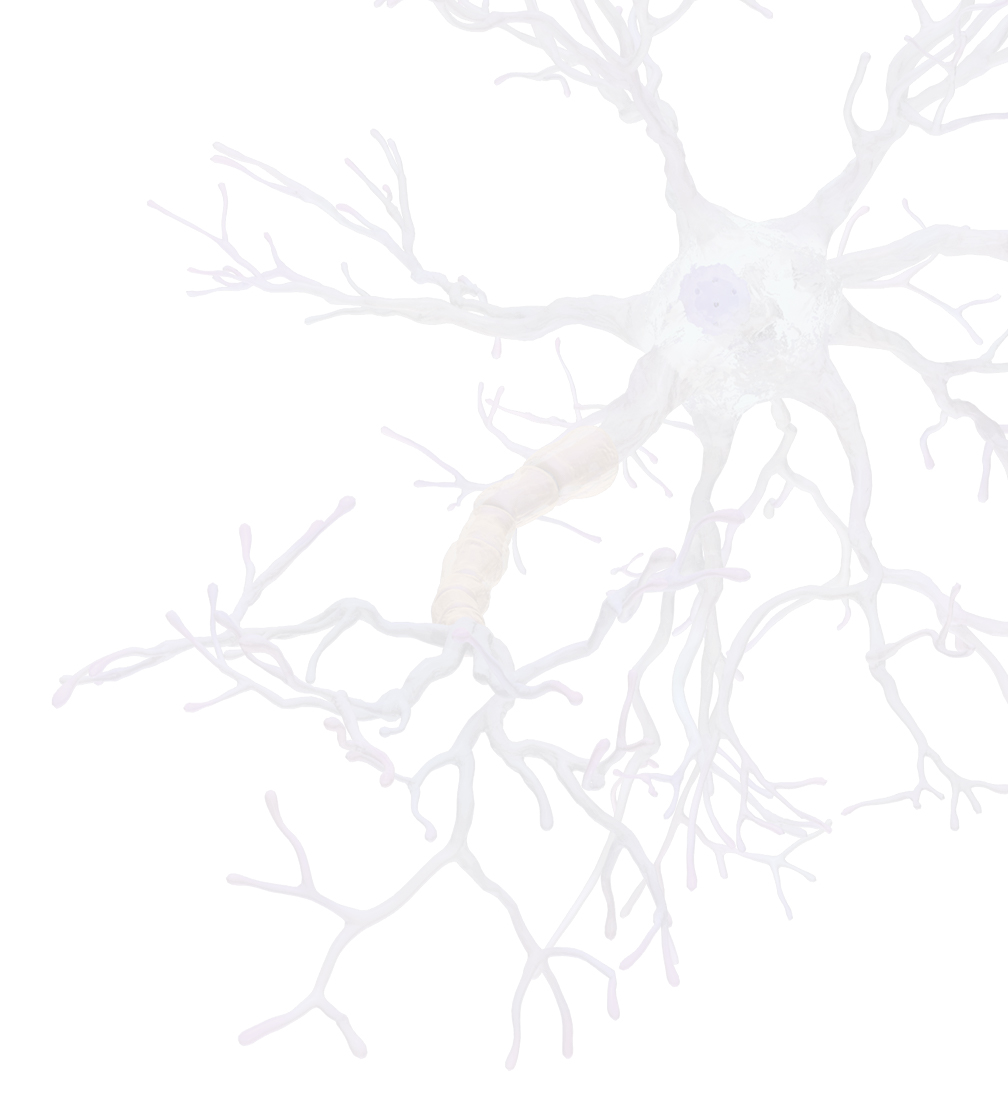 Yeast first came to prominence in the study of neurodegenerative diseases in the 1990s. At that time, advances in DNA sequencing technology enabled large-scale sequencing efforts that identified mutations that cause rare, familial neurodegenerative diseases such as Friedreich’s ataxia, Huntington’s disease, and Niemann-Pick disease, as well as inherited forms of Alzheimer’s disease, Parkinson’s disease, and ALS. The mutations that cause these diseases occur in distinct genes whose functions were, at that time, largely unknown. Thus, after researchers identified the mutations that cause these diseases, they then faced the considerable challenge of determining both the normal functions of the associated genes and mechanisms by which the mutations cause cell death.

Yeast models created through genome engineering methods unavailable in other model systems became critical tools in this endeavor. For disease-linked genes with a yeast homolog, researchers could remove the native yeast gene and replace it with wildtype or mutant forms of its human counterpart. This approach became an important platform for identifying mutations that cause disease by ablating a gene’s normal functions, such as the FXN mutations that impair mitochondrial function in Friedreich’s ataxia and the NPC1 mutations that impair lipid metabolism in Niemann-Pick disease.

Other neurodegenerative disease–causing mutations occur in human genes with no yeast homolog. Nevertheless, researchers found that when such genes are expressed in yeast, they often function as they do in human cells. These “humanized yeast” models supported neurodegenerative disease research in the 1990s and early 2000s, particularly for studying a phenomenon termed “toxic gain of function,” in which a mutation converts a gene’s product into a form that negatively affects cellular viability. By building humanized yeast strains expressing various mutant forms of disease-linked genes, researchers discovered that many mutations exert a toxic gain of function by causing the associated protein to misfold and aggregate into inclusions that disrupt a number of essential cellular functions. Researchers used humanized yeast strains expressing mutant, aggregating forms of human proteins linked to Alzheimer’s disease, ALS, and Huntington’s disease to understand how protein aggregates kill cells, identifying impairments in vesicle trafficking, protein degradation, and mitochondrial function.

In the 2000s, yeast researchers completed several milestone projects that would influence virtually all areas of biomedical research, including the study of neurodegenerative diseases. In 2002, researchers at Stanford University completed the Yeast Deletion Project, a collection of yeast strains, each with one of the yeast genome’s approximately 6,000 genes removed from its genome. The following year, not long after the completion of the Human Genome Project, the laboratories of Erin O’Shea and Jonathan Weissman at the University of California, San Francisco, released the Yeast GFP Collection, a set of 4,000 unique yeast strains, each with a single gene tagged with green fluorescent protein (GFP). In 2005, the laboratories of Brenda Andrews and Charles Boone at the University of Toronto released the Yeast ORF Collection, a set of 5,000 strains overexpressing individual yeast genes.

Researchers engineered the strains in these collections to express human disease genes to build screening platforms that rapidly accelerated the pace of discovery in neurodegenerative disease research. The deletion and overexpression strain collections enabled researchers to search for genetic modifiers of the toxic effects of neurodegenerative disease–linked genes. In particular, researchers searched for “enhancers,” genes whose deletion increased cell death in humanized yeast strains, and “suppressors,” genes whose overexpression protected cells. Pairing screens of the deletion and overexpression collections led to especially powerful insights into the mechanisms that cause neurodegeneration and, in many cases, led to the discovery of therapeutic approaches that are now being tested in humans, while the GFP collection enabled researchers to determine the precise subcellular localization of each protein in the yeast proteome. This helped to identify disease genes that disrupt a protein’s localization, such as by sequestering it in a toxic protein aggregate, and to visualize protein aggregation in humanized yeast strains, providing a rapid and reliable indicator of the effectiveness of candidate therapeutics that target protein aggregation.

Since the turn of the 21st century, technological advances have led to the emergence of entire new fields of study in biomedical research. The development of approaches capable of measuring the full complement of distinct classes of biological molecules in cells, tissues, and whole organisms led to the emergence of various omics disciplines, including genomics, proteomics, and metabolomics, among others. A particular focus of these disciplines is understanding how interactions among genes, proteins, or metabolites create functional networks through which the properties of cells, tissues, and organisms arise. This holistic, network-based approach to scientific inquiry represents a departure from the traditional reductionist approach that considers individual elements of biological networks in isolation.

The advent of new gene editing tools has advanced the use of yeast for studying the human brain.

As these fields matured over the past two decades, researchers began to explore how aberrant interactions among biological networks contribute to neurodegenerative diseases, and they once again leveraged the power of the yeast model to generate new, systems-level insights into disease. For example, in a 2020 study, researchers used a set of 30,000 yeast strains to build a network of 5,000 disease-linked proteins, revealing 30,374 interactions, many of which were not detected by traditional experimental approaches. Moreover, the resulting neurodegenerative disease network, termed NeuroNet, predicted that many more proteins than previously appreciated are likely aggregated in the neurons of neurodegenerative disease patients, a finding that the authors subsequently validated in brain tissue from Alzheimer’s disease patients. This reinforces the growing sentiment that there are common, conserved cellular processes that may underlie different diseases. These and related results suggest that neurodegenerative diseases perturb the normal functions of protein interaction networks in complex, multifaceted ways, which may explain why previous efforts to treat neurodegenerative diseases by focusing on individual proteins met with little success. However, the results also suggest that NeuroNet is a hierarchical network and that targeting upstream events that promote the protein aggregation in disease may help prevent the aggregation of multiple proteins and ultimately yield treatments that could be effective in multiple neurodegenerative diseases.

Other efforts to understand neurodegenerative disease networks have leveraged the large array of publicly available datasets on interactions between genes and proteins in yeast. Owing to both the advantages of the yeast model system and the relatively small number of genes in the yeast genome, yeast has the most comprehensively characterized networks of genetic and physical protein interactions. In a 2017 study, researchers used information from yeast networks to populate corresponding areas in human networks, which are relatively poorly characterized, to understand hidden connections between Parkinson’s disease genes. In this approach, human genes and proteins were connected to α-synuclein if their corresponding yeast homolog was previously shown to interact with this protein. The resulting “humanized network,” called TransposeNet, delineated a previously undetected defect in translation by identifying interactions between α-synuclein and two translation factors, EIF4G and ATXN2.

Alongside the application of various omics technologies to yeast neurodegeneration models, the advent of new gene editing tools has advanced the use of yeast for studying the human brain. Despite the many advances brought by CRISPR-Cas9, yeast remain unparalleled in the ease, speed, and scale with which they can be genetically modified, and new technologies allow researchers to address once-unanswerable questions in biomedical research. For example, yeast are also being used to understand genetic interactions, a phenomenon in which the effect of one mutation depends on the presence or absence of another mutation. Genetic interactions contribute to both the risk for and severity of neurodegenerative diseases, but are challenging to detect in humans. A team at the University of Toronto developed a system, termed the Synthetic Genetic Array, capable of measuring all pairwise genetic interactions in yeast. The resulting network, built using more than 23 million strains and containing approximately 800,000 unique genetic interactions revealed important principles about how genetic interactions shape cellular viability. For example, the yeast genome was already known to contain approximately 1,000 essential genes that cannot be removed from the genome without killing cells; however, the synthetic genetic array methodology identified an additional 10,000 pairs of nonessential genes whose pairwise deletion from the genome is lethal. Moreover, researchers have used the synthetic genetic array and related methods to show that a gene’s essentiality can vary between environments. Methods such as the synthetic genetic array may one day help establish the cause of noninherited forms of neurodegenerative diseases, which likely result from complex interactions between many individual genetic differences and an individual’s life history.

From their early role in understanding the function of disease genes to more recent systems-level insights into disease mechanisms and treatments, yeast have an important place in the history of neurodegenerative disease research. Some of the most highly studied disease mechanisms and therapeutic targets were first identified using yeast, and the fungus continues to provide needed insights into neurodegeneration, showing that model organisms are an important tool in our efforts to understand, treat, and prevent these devastating disorders.