Amid stacks of books in the front room of his house near Oxford University, writer and evolutionist Richard Dawkins points to a piece of memorabilia: A replica of the skull known as "Mrs. Ples," a gift to him from a 1997 lecture in South Africa. Dawkins, who spent the first two years of his life in East Africa, still remembers the whitewashed huts his parents built near the Mbagathi River, a scene he calls his private Eden. "On a larger scale, Africa is Eden to us all," he writes.1

For Dawkins, such metaphors are the basis of what he considers his gift to science: retelling the story of evolution in words that both inspire and instruct. Since publishing in 1976,2 Dawkins, 63, has won numerous honors for his work, and was named a fellow of the Royal Society of Literature in 1997. Today,...

Why did you choose science?

Originally, I drifted into it pretty much by accident, because my father did science in university. In my second year at Oxford, I became more deeply interested in, I suppose, the philosophical areas of science.

Who was your mentor?

Nikolaas Tinbergen. He was a distinguished Dutch scholar of animal behavior and later won the Nobel Prize. He was my official mentor. Michael Cullen, who was not so famous, was just as important to the development of the study of animal behavior at Oxford, and I knew him better.

I started because there was a long season with the electricity cut off; I couldn't do my experiments. That was in 1972. I wanted to write a book that the public would understand. Unfortunately, the power came back on, and I shoved the manuscript in the drawer and forgot about it for another three years; 1975 was when I resumed writing.

Who was your mentor as a writer?

I was influenced by people I enjoyed reading: P.B. Medawar [the British immunologist and writer] and Plato. Evelyn Waugh, whom I admire for extraordinary economy of language, which I think we all should follow. The sinewy economy of his style is admirable. I think it can be done for science, and I try to do it.

I'm almost reluctant to admit that my favorite poet is that confused Irish mystic, William Butler Yeats. He sought a theme, sought it in vain, how sad ... he's wrecked ... marooned among the fairies.

Do you think your polemic voice helps sell your books?

I haven't thought of that ... . It's almost the same way that putting sex in makes a novel good reading. I haven't done it for that reason. I do it because I feel strongly about things ... especially about double standards, hypocrisy, failure to think clearly.

Why do you spend so much time debunking religion?

I am very hostile to religion because it is enormously dominant, especially in American life. And I don't buy the argument that, well, it's harmless. I think it is harmful, partly because I care passionately about what's true.

Another of your pet peeves is Post-Modernist scholarship, and you satirize a few writers from this school in your book, . Isn't your problem with these academics simply that they are poor writers?

I don't think they are poor [writers] at all. They are dominant alpha males in the academic jungle and, in some cases, are ruining the careers of honest scholars who would make an honest contribution.

What do you consider your contribution to science?

I think I have changed the way that biologists think about natural selection, not by my own research, but by offering a sort of metaphoric vision, which does change the way research biologists think. I think in my more polemical writing, I may have helped people to see more clearly when they notice [that] they've been wrongly influenced by really bad influences like tradition and authority, as opposed to reasoning.

Also in , you write a "prayer" for your daughter Juliet. What do you think her future will be like?

I think she will see huge revolutions in science. Physicists in her time may very well solve the ultimate problem – the grand unified theory of the universe – and, in that sense, fundamental physics will come to the end, though the details will need to be worked out. Perhaps there will be similar closure to the problem of human consciousness. 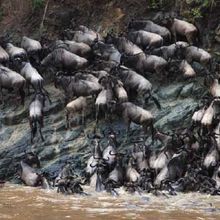 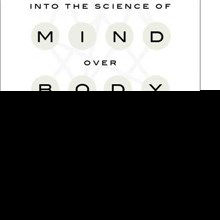