As a child growing up in Colorado, Illinois, and Vermont in the late 19th century, Florence Sabin lacked musical talent—but that ended up being a good thing. After a classmate told her that her piano-playing ability was “merely average,” Sabin gave up on her dream of becoming a pianist and started to study science. What followed was a long and illustrious career that spawned landmark discoveries and helped inspire women in STEM at a time when they faced many challenges.

PEEP THIS: Sabin at the Rockefeller Institute (now Rockefeller University), where she worked from 1925–1938. During her time in New York, Sabin raised money for women in science, including $10,000 (more than $183,000 in today’s dollars) for a scholarship in advanced mathematics that was established at Bryn Mawr College in 1936.
© BACHRACH

She took a special interest in embryology and developmental biology, an emerging field of study at the time. Sabin’s 1901 book, An Atlas of the Medulla and Midbrain, a detailed account of the structure of the brainstem of a newborn infant, became an important reference work for developmental biologists. “She had unbounded curiosity and a deep love for research,” retired historian Patricia Rosof, formerly an adjunct instructor at New York University and the Fashion Institute of Technology, tells The Scientist. “She pursued her goals relentlessly and had an independence of approach and spirit.” 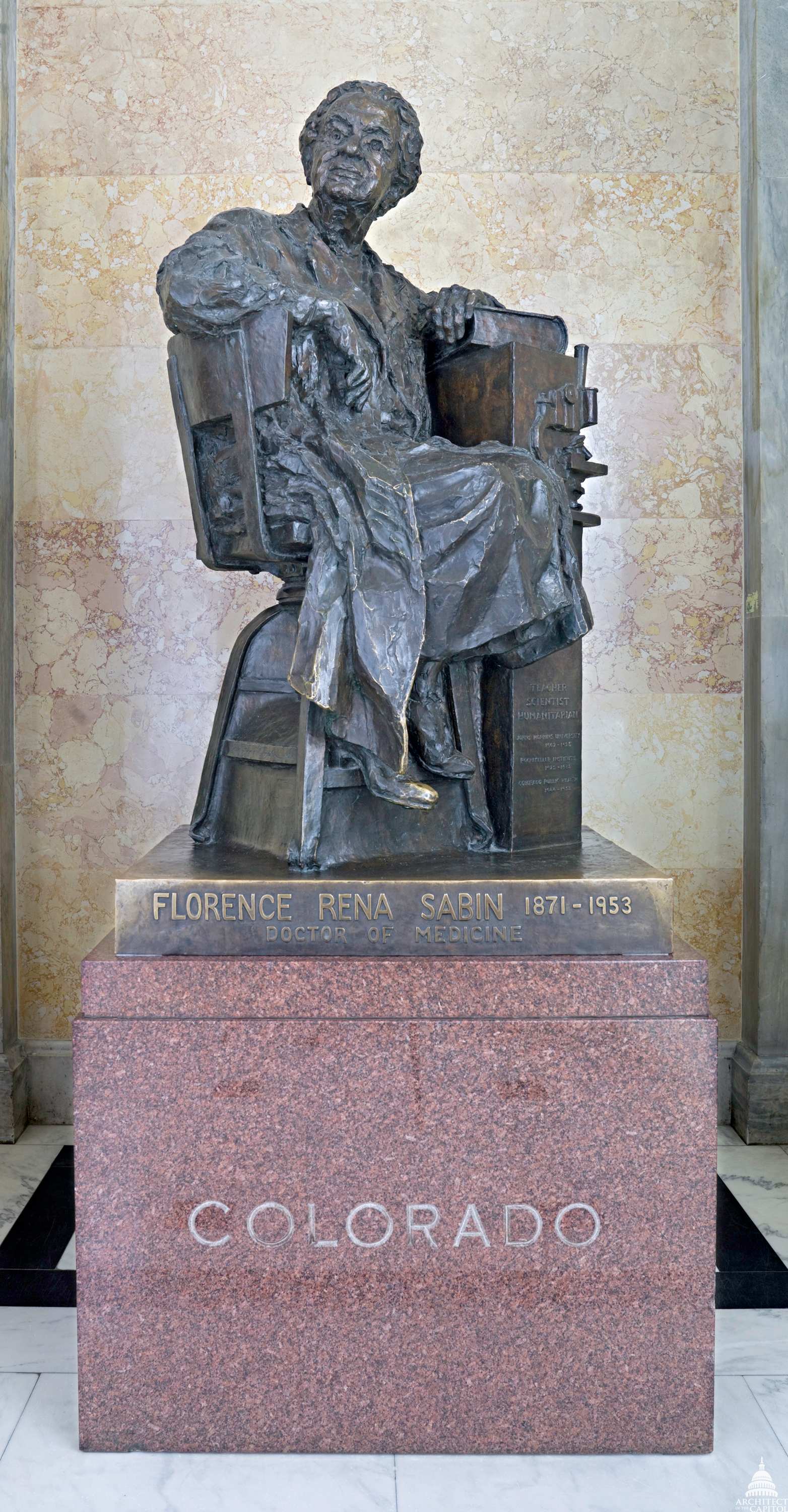 A statue of Sabin in the National Statuary Hall Collection at the US Capitol building
FLICKR, USCAPITOL

At Johns Hopkins, Sabin showed that mammalian embryos’ lymphatic vessels grow from veins out into surrounding tissues, in contrast to the then–commonly accepted belief among researchers that the vessels’ development occurred the other way around. After accepting a position at Rockefeller, she studied how white blood cells attack tuberculosis bacteria (Mycobacterium tuberculosis). Sabin retired from research in 1938 and moved back to Colorado. She became a public-health activist in Denver, and in the late 1940s, helped launch a TB prevention and screening campaign that lowered the incidence of the disease in the city by almost half in two years. She died in 1953, at the age of 81.

Sabin’s accomplishments are all the more notable considering the obstacles women faced in science during this time. Although medical schools had started to admit women, their enrollment numbers were limited so as not to deter men, and research funding opportunities for women were scarce. “I hope my studies may be an encouragement to other women, especially to young women, to devote their lives to the larger interests of the mind,” Sabin said after receiving an achievement award from the women’s magazine Pictorial Review in 1929. She had the intended effect on at least some of her contemporaries. “Your great work has been an inspiration not only to women in medicine, but to women in all walks of life,” Helen Keller wrote to Sabin in a 1922 letter.