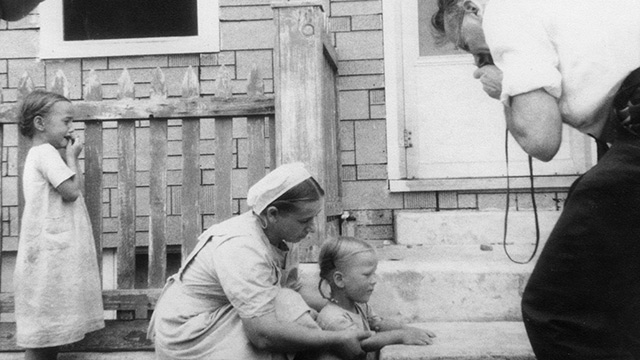 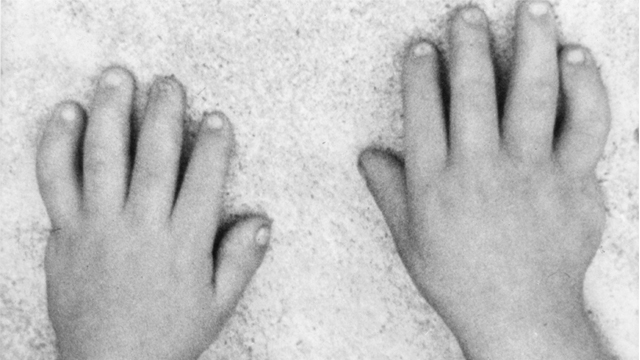 SNAPSHOTS: In addition to being a prolific scientist, Victor McKusick was an avid photographer. “He documented everything with his camera,” Francomano says. “His collection of photographs is unparalleled.” This was a bit of an issue among the Amish, she adds, because taking pictures ran counter to their community’s beliefs. However, they often agreed to have snapshots taken for medical purposes. Here McKusick photographs the hands of an Amish child with Ellis–van Creveld syndrome. THE ALAN MASON CHESNEY MEDICAL ARCHIVES OF THE JOHNS HOPKINS MEDICAL INSTITUTIONSIn the early 1960s, Victor McKusick, an American clinician and scientist, was in the early stages of his pioneering work in the field of medical genetics. He had recently left cardiology, and, after amassing over more than a decade’s worth of data on inherited connective tissue disorders, had established Johns Hopkins University’s first medical genetics program and clinic in 1957.

The other publication that captured McKusick’s attention was a magazine article by a physician, David Krusen, that noted high rates of achondroplasia, a common form of dwarfism, among Pennsylvania’s Amish communities. This observation “didn’t make sense to him,” says Clair Francomano, a medical geneticist at the Greater Baltimore Medical Center who worked with McKusick for more than three decades. Achondroplasia is an autosomal dominant disorder and therefore unlikely to be more prevalent in the Amish than in the general public.

His curiosity piqued, McKusick took a group of trainees and colleagues to investigate the Amish community in Lancaster County, Pennsylvania, less than two hours’ drive from Baltimore. In only a year of examining families with inherited anomalies, the team had found two different types of rare dwarfism, both recessive disorders: a newly identified form called cartilage-hair hypoplasia, which causes individuals to have fine, sparse hair, and Ellis–van Creveld syndrome, a condition also known as “six-fingered dwarfism,” which had been previously described.

After making these discoveries, McKusick and his colleagues spent decades teasing apart the genetics of those and many other inherited disorders they observed among the Amish. The researchers dug through genealogical and hospital records, visited families to examine phenotypes and document symptoms, and collected samples from patients. “We spent a lot of very long days going from household to household,” recalls Francomano, who was heavily involved in these studies. Still, she says, “it was such an exciting time, and one of the most stimulating and rewarding periods of my professional career.”

Despite the community’s insularity, most of the Lancaster County Amish came to welcome the researchers, and many developed close personal relationships with them over time. One of the reasons was that McKusick cared deeply for the families he studied, Francomano says. “If there were medical issues, families would come down to Hopkins and be cared for, so there was a lot of goodwill built up as a result.”

The work by McKusick and his colleagues in Amish communities led to a greater understanding of the characteristics and the risk factors associated with many hereditary disorders and contributed to another of McKusick’s key accomplishments—the book Mendelian Inheritance in Man (MIM), a comprehensive catalog of human genes and hereditary disorders. Today, that collection lives on as an online database, OMIM, and contains information on more than 15,000 genes. MIM “is one of the truly great guides to our field,” says Jim Evans, a medical geneticist at the University of North Carolina. McKusick, he adds, “was a visionary—there’s no getting around that.”