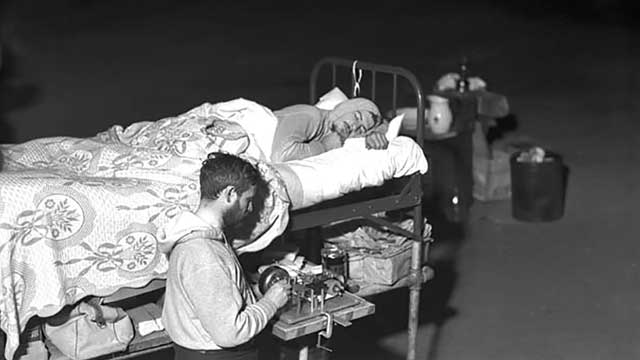 SPELUNKER SCIENTISTS: From June 4 to July 6, 1938, Nathaniel Kleitman (at left in both photos) and his student Bruce Richardson camped out in Mammoth Cave in Kentucky to study the body’s ability to conform to a non–24-hour cycle. The cave, 140 feet underground with no natural light, provided a location free from visual cues of day and night or temperature fluctuations—it was a constant and chilly 54 °F. The men brought lanterns to regulate their exposure to light, a table, and a bunk bed, and staked out a spot in a rock chamber about 26 feet high by 65 feet wide inside the cave. Each “day” they slept for 9 hours, worked for 10, and rested for another 9 hours. The researchers measured the daily rhythm of body temperature, finding an endogenously generated 24-hour body temperature cycle, despite the self-imposed 28-hour cycle. Still, Richardson, who was 20 years old...

Even though we spend about one-third of our lives sleeping, probing how sleep works seemed a trivial, soft science to most researchers in the early 20th century. But the nightly habit intrigued Nathaniel Kleitman, who launched the world’s first sleep laboratory at the University of Chicago after joining the physiology department in 1925. 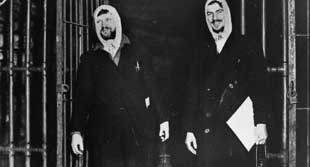 UNIVERSITY OF CHICAGO“When he began, I think he was the only man on the planet devoting his full time to the study of sleep,” says William Dement, a sleep researcher at Stanford University and one of Kleitman’s students. “Kleitman always said his interest in sleep was sparked by the question of what was required for us to stay awake.”

Kleitman often used himself as a subject in his sleep research, particularly on sleeplessness—whether in a pitch-black cave in Kentucky, in an underwater submarine during World War II, or on a trek above the Arctic Circle. To test one of his hypotheses—that the 24-hour clock could be modified—Kleitman and a student spent 32 days living in a deep cave in Kentucky, where the two imposed a 28-hour day on themselves. “The idea was to see how sleep could be generated in the absence of the normal environmental cues, especially light and temperature,” says Jerome Siegel, a sleep researcher at the University of California, Los Angeles.

The Mammoth Cave experiment demonstrated that human bodies maintain a roughly 24-hour temperature cycle even in the absence of external cues, and that our sleepiness ebbs and flows in synch with this temperature cycle. “This study was important, [a] step towards identifying the [human circadian rhythm],” says Siegel.

Kleitman was also interested in the sleep cycle and the depth of sleep. After reading studies on eye movements and respiratory cycles in sleep, Kleitman wanted to test whether eye movement could be used as a measure of sleep cycles. In the early 1950s, he instructed his graduate student, Eugene Aserinsky, to monitor eye and body movements, first of sleeping infants and then of older adults.

Aserinsky’s observations of adults led to his and Kleitman’s discovery of the rapid eye movement (REM) phase of sleep (Science, 118:273-74, 1953), although Aserinsky had been tempted to call the observed phenomenon “jerky eye movement” or “paradoxical” sleep. “It’s such a beautiful paper. There is nothing in that paper that is not absolutely true in the context of all the sleep research that followed,” says Siegel.

Kleitman died in 1999 at the impressive age of 104. Emmanuel Mignot, director of the Stanford Center for Sleep Sciences and Medicine, met him at a sleep meeting when Kleitman was being honored on the occasion of his 100th birthday. Although he made seminal contributions to understanding sleep, Kleitman left behind an as-yet-unexplained phenomenon in the field, says Mignot. “Considering [him] and the other founders of sleep research . . . Dement, who is still an active professor at age 88 without ever exercising, and Michel Jouvet, who is 90, it is very clear that studying sleep is associated with increased longevity!”