One cloudy day in the early 1830s, Robert Addams, a traveling lecturer in chemistry and natural philosophy, found himself at the Falls of Foyers in Scotland, admiring the water of the River Foyers cascading down from the cliffs tens of meters above. Situated at the eastern shore of Loch Ness, the waterfall was a well-known beauty spot immortalized in the poems of Robert Burns.

It was here that Addams noticed a strange optical illusion. After staring a few seconds at the falling water, he moved his gaze to the rocks nearby and was surprised by the impression—albeit a fleeting one—that they were hurtling upwards. Intrigued, he put his experience into a letter to The London and Edinburgh Philosophical Magazine and Journal of Science that was published in 1834 as “An Account of a peculiar Optical Phænomenon seen after having looked at a moving Body, &c.”

In the piece, Addams also described observations he’d made to see how generalized the illusion might be. He found he could elicit the same effect, for example, “whilst travelling parallel to one side of a narrow valley or lake, and looking across to the other.” Similarly, “it takes place when moving in ships in sight of proximate land.” He could create the illusion by “mechanical means,” too, such as by staring at rapidly unrolling pieces of patterned fabric before turning his gaze to something stationary. 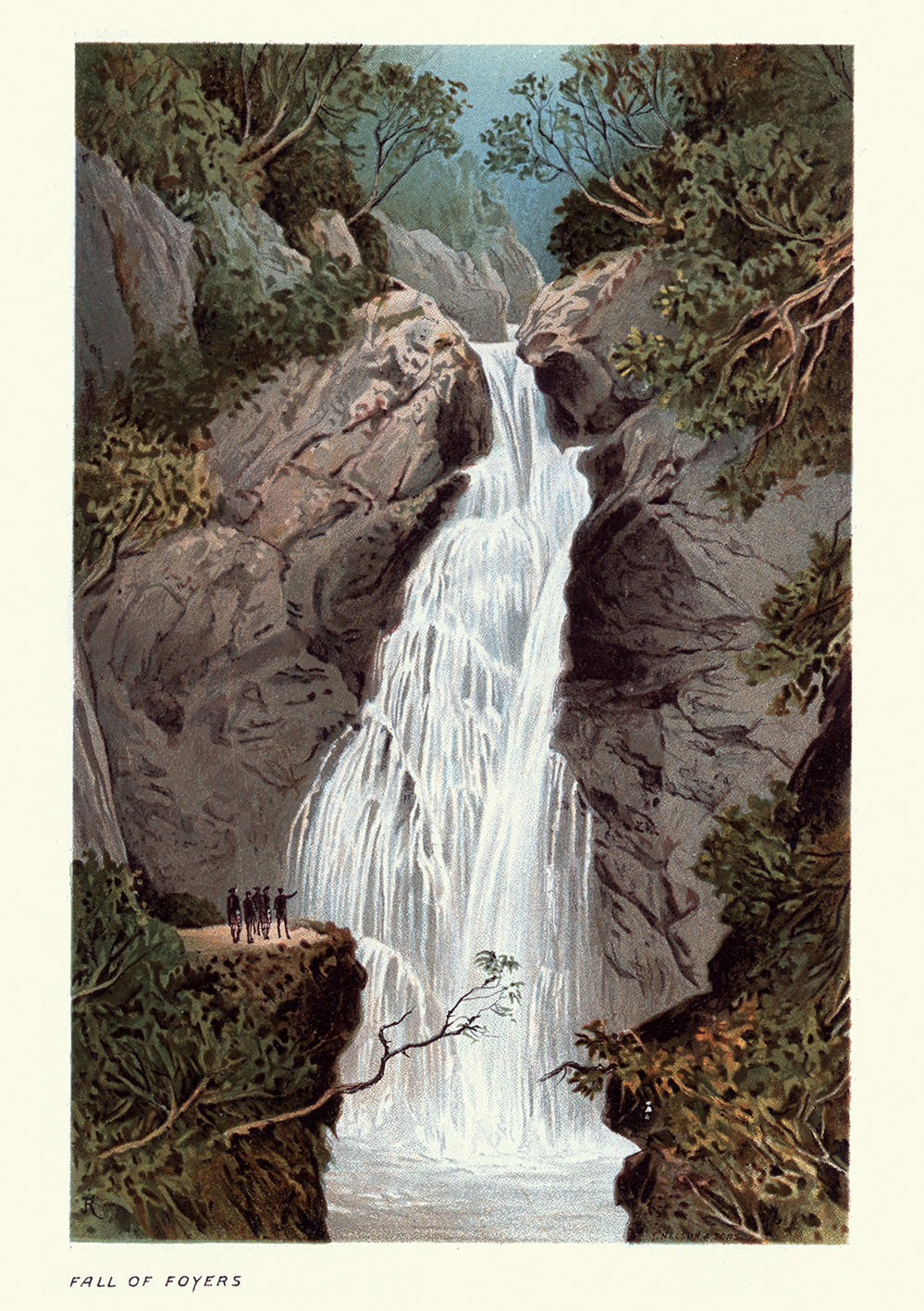 LIQUID DRAPERY: The Falls of Foyers, pictured here, inspired Robert Addams’s account of what would later come to be known as the waterfall illusion, a type of motion aftereffect.
© ISTOCK.COM, DUNCAN1890

Addams proposed a possible cause of the waterfall illusion: involuntary eye movements tracking the descending water. These movements, he wrote, might continue for a while even after the viewer looked away, and would cause a person to perceive still objects as moving “the contrary way, that is, upwards.”

He turned out to be wrong, says Aarhus University behavioral neuroscientist Niia Nikolova—although she says that “it was an interesting proposal at the time considering the knowledge that he had.” Since then, researchers have explained the illusion, a type of motion aftereffect (MAE), as the result of neural adaptation: neurons sensitive to downward motion become less sensitive while viewing that motion, and the consequent difference in excitability between downward- and upward-sensitive neurons causes the brief impression of upward movement when looking at something stationary. (Nikolova notes that researchers continue to study the neurological underpinnings of this effect today, using more-complicated motions, such as spinning or spiraling.)

There was much Addams did get right, though, including his observation that the illusory upward motion has “an apparent velocity equal to that of the descending water.” His work on the now-famous waterfall illusion was cited in one of the first major publications on MAEs, a monograph published in 1911 by businessman and psychologist Gustav Adolf Wohlgemuth.

The Falls of Foyers has remained a tourist attraction, though its flow was lessened after a hydropower dam for an aluminum smelter was built above it in 1895. As for Addams, Nikolova says, “there’s frustratingly little known about him as a person.” Any further experiments he conducted on illusions remain a mystery, too, although his letter indicates he may have done more. Capping off his 1834 missive, Addams wrote that “to particularize all the circumstances would make this communication inconveniently long.”