When Charles Darwin published On the Origin of Species in 1859, he suggested that traits could be inherited, and that natural selection could affect which traits were passed down. Around the same time, Gregor Mendel was conducting his pea plant experiments, which he published in 1866. Mendel gave a few lectures on his findings about genetics in pea plants, but no one seemed to grasp the importance for understanding how traits are inherited.

Meanwhile, based on Darwin’s writings, biologists thought natural selection happened in populations, but didn’t have an idea how it worked at the level of organisms. There wasn’t an understanding of genetics and how traits could be passed on to offspring until Mendel’s work was rediscovered around 1900 and independently reproduced by multiple researchers. 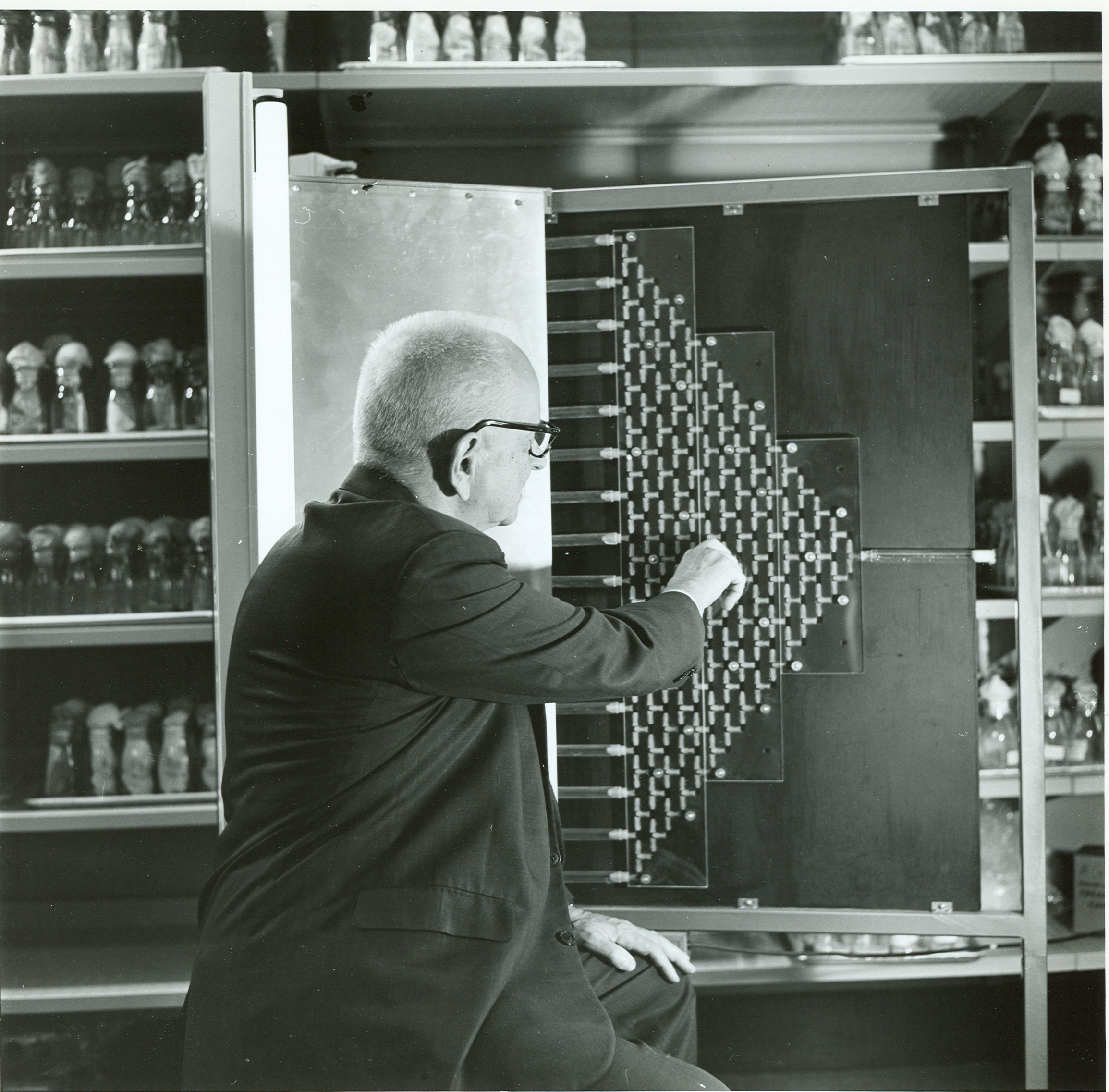 TREE OF LIFE: Theodosius Dobzhansky experimented with Drosophila to study the effects of mutations at the population level. He...

After that, biologists started working on how to fit genetics and natural selection together in a theory of evolution. Genetics gave scientists a mathematical framework for exploring natural selection and opened up questions about how reproduction affects which genes get passed on to offspring. The experimental and theoretical work that effectively combined Darwin’s theory of evolution and Mendel’s work on heredity came to be known as the Modern Synthesis, a term coined by Julian Huxley in his 1942 book Evolution: The Modern Synthesis. The goal was to “understand the genetic basis of evolutionary change at the populational level,” science historian Vassiliki Betty Smocovitis of the University of Florida tells The Scientist.

Theodosius Dobzhansky, born in 1900 in Nemyriv, Ukraine (then part of the Russian Empire), to a Russian-speaking family, would become one of the foremost architects of the Modern Synthesis. After he emigrated from the Soviet Union to the United States in 1927 on a scholarship from the Rockefeller Foundation, Dobzhansky joined labs at Columbia University and then Caltech. He investigated population genetics in Drosophila pseudoobscura and gathered empirical evidence for the genetics underlying natural selection and speciation. “He was a real naturalist, but he also knew that genetics was crucial to understanding evolution,” says Smocovitis.

Dobzhansky wanted to find out how genetic variation could lead to shifts at the population level and potentially to evolutionary changes. To that end, he tracked mutations and differences between fly populations in the lab. Dobzhansky noted the arrangements of chromosomes in different Drosophila species as well as their mutation rates. In his book Genetics and the Origin of Species, published in 1937, Dobzhansky argued that genetic mutations were sources of variability that, through natural selection, could lead to evolutionary change, and he suggested that these processes could lead to speciation of populations that are isolated long enough.

Dobzhansky published updated versions of his book for decades; the last version, released in 1970, bore the title Genetics of the Evolutionary Process. By then the structure of DNA had been discovered, and he was able to revise his ideas to include the molecular basis of genetic mutations. “[He] intellectually contributes the most to the Modern Synthesis,” says Smocovitis.