ABOVE: Chemist Percy Lavon Julian was known for synthesizing important plant-derived medicinal compounds, including the alkaloid physostigmine, originally from Calabar beans, and the steroid stigmasterol, derived from soybeans (pictured) and other sources. © iStock.com, DS70

Robert Robinson was a famous scientist. As the head of the University of Oxford’s organic chemistry lab in the 1930s, he’d become known for synthesizing alkaloids and other plant-derived compounds—research that would later be recognized with a knighthood and a Nobel Prize. So it was a surprise to some in the field when, in 1935, Robinson’s findings on the synthesis of physostigmine—a medically important alkaloid derived from Calabar beans and used to treat glaucoma patients since the 1870s—was publicly contested by a relatively unknown researcher on the other side of the Atlantic Ocean.

The challenger was Percy Lavon Julian, a young, Black chemist at DePauw University in Indiana. Born in 1899 in Alabama as the grandson of former slaves, Julian grew up under Jim Crow laws. He’d been one of the first African Americans to earn a PhD in chemistry, something he did at the University of Vienna after Harvard University’s policies stopped him from continuing his education beyond a master’s degree. Now a research fellow at DePauw, he was collaborating with Viennese chemist Josef Pikl on the same challenge that Robinson had taken on: making physostigmine in the lab.

Several chemists had published methods to generate the compound, but all had struggled with one step: the synthesis of an intermediate molecule called d,l-eserethole. In 1933, Robinson claimed success, describing in a paper an approach that apparently did just that. But Julian noticed that the team’s product had the wrong melting point—too high—suggesting that something was amiss. 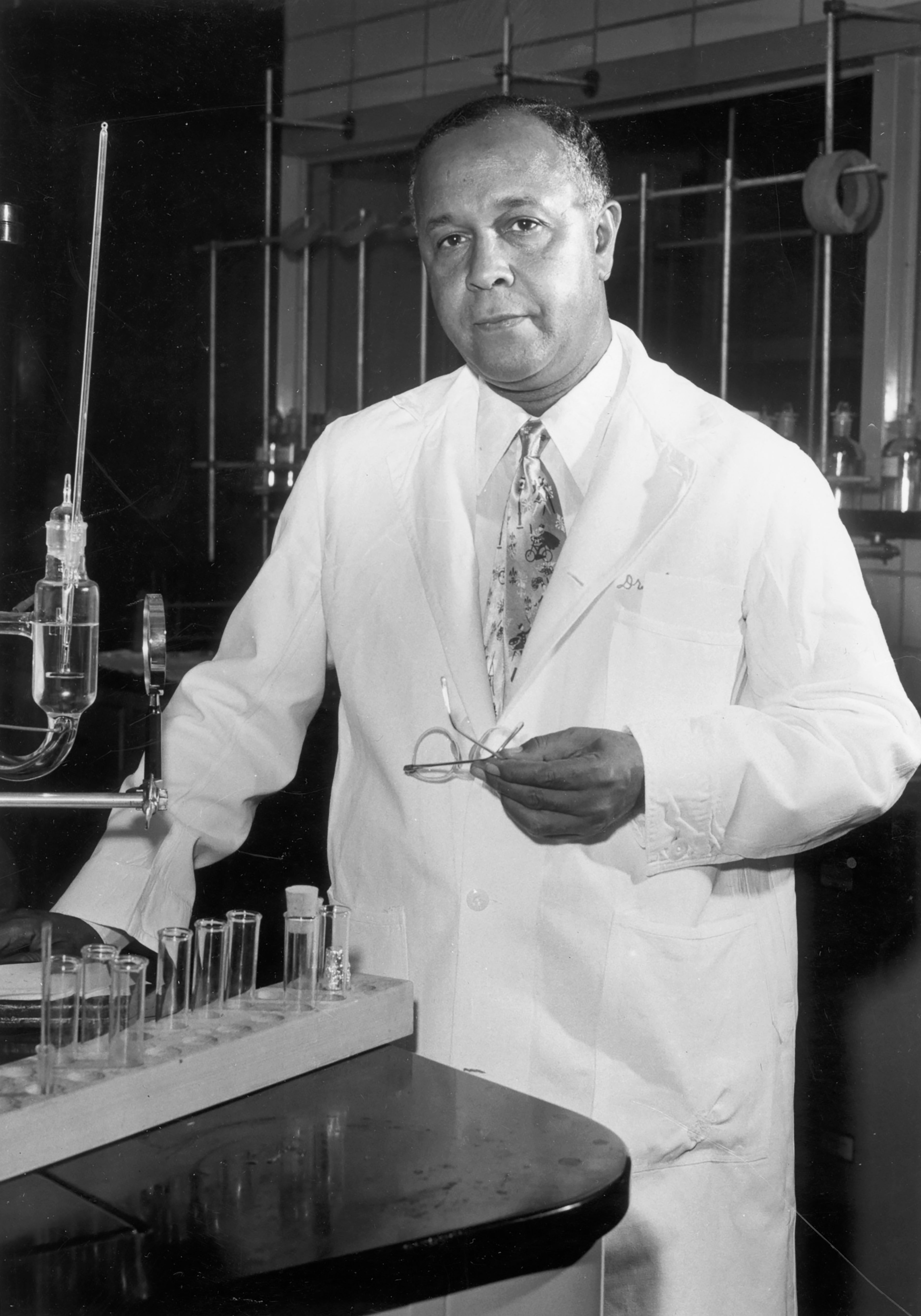 CHEMISTRY WARS: Early in his career, Percy Lavon Julian took on a giant in organic chemistry over the synthesis of a plant-derived, medically important alkaloid called physostigmine—and won.
Historical Society of Oak Park and River Forest

In 1935, Julian and Pikl published their own protocol, writing: “We believe that the English authors are in error, that the compound they describe as d,l-eserethole is not the substance, and that we are describing for the first time the real d,l-eserethole.” It was certainly a “proactive” way to share the findings, says Eve Higginbotham, an ophthalmologist and vice dean for inclusion and diversity at the University of Pennsylvania who coauthored a short biography of Julian. But the boldness paid off: the DePauw researchers turned out to be correct, and Robinson’s molecule was indeed a different compound. The success earned 36-year-old Julian international recognition. Physostigmine itself was used in eye medicine for another 40 years before being largely replaced by modern alternatives such as beta blockers.

Julian continued to face racism throughout his life; he was denied professorship at DePauw, had the prospect of a job at chemical giant DuPont (which hired Pikl) revoked once the company discovered his ethnicity, and even had his Chicago home firebombed in the 1950s. Yet he went on to make many contributions to synthetic chemistry, most notably “the democratization of steroids,” by developing methods for their large-scale production, says Higginbotham. In 1973, two years before his death, he became the second African American elected to the National Academy of Sciences, and he was depicted on a US stamp in 1993.

“He was such a trailblazer,” Higginbotham says. “He was able to really allow his discoveries and his brilliance to outshine lots of the barriers that were put in front of him.”