Katherine Irving is an intern at The Scientist. She studied creative writing, biology, and geology at Macalester College, where she honed her skills in journalism and podcast production and conducted research on dinosaur bones in Montana. Her work has previously been featured in Science.

ABOVE: One of the first chickens pathologist Peyton Rous experimented with was a Barred Plymouth Rock hen brought to him after its owner identified a large tumor growing on the animal’s chest. Although the hen herself died soon after the picture was taken, her tumor lived on in subsequent chicken generations. P. ROUS, J EXP MED, 12:696–705, 1910

In 1909, a chicken breeder approached Rockefeller Institute pathologist Peyton Rous with one of her hens. The chicken had a large, malignant tumor growing from the connective tissue in its breast, and Rous, who had long been fascinated by tumor biology and transmissibility, decided to investigate. He took biopsies and ground up the samples, then passed them through filters to remove any cells. Finally, he injected the mixture into healthy chickens of the same breed and watched as these chickens developed tumors of their own. This was to become the first major result that solid tumors can be infectious and spread through what some researchers at the time called “filterable agents,” now better known as viruses, which weren’t described in detail until the discovery of the electron microscope decades later. 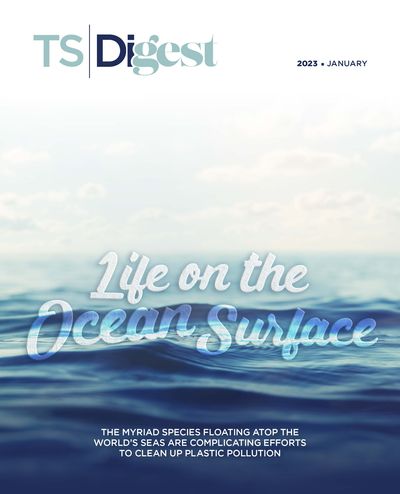 These findings would eventually change the course of cancer research, but when Rous first reported his discoveries in 1910 and 1911, the scientific community was underwhelmed, according to Scripps Research cancer biologist Peter Vogt. “Rous made this big discovery, and at the time it was incredibly ahead of the field,” says Vogt, who coauthored a perspective piece on the virus, later named Rous sarcoma virus, or RSV (not to be confused with respiratory syncytial virus, also abbreviated to RSV). “People either didn’t believe him or belittled his work.”

Although scientists had previously made similar discoveries studying blood cancers in chickens, few believed that these bird cancers could be accurate models for solid tumors in mammals. Moreover, with the limited technology available at the time, researchers couldn’t properly examine the tumors outside of the animals or isolate the tumor-causing agent. However, according to Vogt, “Rous was very confident that his work was important,” and decades later, other scientists finally began to recognize it too.

By the 1950s, cell culturing technology allowed researchers to study tumor formation and causation at genetic and molecular scales, prompting researchers to revisit Rous’s original work. A 1958 study demonstrating that RSV could transform healthy cells into cancerous ones kicked off a renaissance in tumor virus research, Vogt says. RSV was the first virus discovered to contain an RNA-based genome, which the virus uses to infect healthy cells and mutate some of their genes into so-called oncogenes: driving forces behind the onset of cancer.

Rous was very confident that his work was important,”and decades later, other scientists finally began to recognize it too.

RSV was also the virus in which reverse transcriptase—an enzyme that uses RNA as a template to make DNA—was discovered, in 1970. Scientists have since adapted the enzyme for use in everything from antiviral drug development and PCR analysis to COVID-19 testing. “Reverse transcriptase is with us in daily life, all the time,” Vogt says.

Rous received a Nobel Prize in 1966 for discovering RSV, four years before his death. Vogt, who remembers when RSV research took off during his PhD in the 1950s, says Rous remained active at the Rockefeller Institute (now the Rockefeller University) for many years. “[Rous caused] an incredible change in our thinking about cancer and our research,” Vogt says. “And he remained highly interested in new work on his virus, on cell culture work, and the results that were found throughout his life.”