Humans stopped producing the sialic acid, Neu5Gc, after they diverged from the great apes. When grown in traditional culture, Neu5Gc is metabolically incorporated into the embryonic stem cell. Varki calls it a Trojan horse effect; rather than contamination by contact, the cell does not recognize the molecule as foreign, and allows incorporation.

"We tend to forget that cell culture is very likely to influence stem cell properties and behavior," writes Paul De Sousa, from the University of Edinburgh, in an Email. "This is especially... 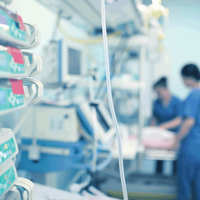