In 2006, Mark Bear's group at the Massachusetts Institute of Technology wanted to find out if enhanced synaptic strength between neurons, called long-term potentiation (LTP), was directly involved in learning. They exposed rats to a single electric shock and then implanted an array of electrodes into their hippocampuses. They found that synaptic activity increased at some electrodes after fear conditioning. This showed that learning induces LTP unevenly across the brain, in "little hotspots" of synaptic change, rather than uniformly as is commonly assumed, says Michael Browning of the University of Colorado.

"We were able to detect the biochemical marker of LTP in the hippocampus," says Bear. In this study, Bear's team also used the phosphorylation of hippocampal glutamate...

"People struggled to find this phenomenon in intact brains for years," says Mark Mayford of the Scripps Research Institute, La Jolla, Calif. With this knowledge, Agnès Gruart of the Pablo de Olavide University in Seville, Spain, has used conscious mice to show in vivo that the hippocampal mGluR1 receptor is involved in LTP.

If LTP is really necessary and sufficient for learning and memory, says Richard Morris of the University of Edinburgh, then the "Nobel Prize-winning experiment" is to artificially manipulate a synapse to make an animal "remember" an event that never actually happened. 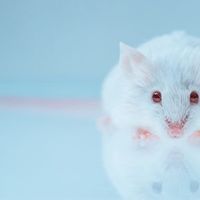