Aliens sifting through the remains of a lost human civilization might puzzle over the function of a ladle. But if found in a room associated with food preparation, its purpose would become clear. Similarly, a protein relegated to mitochondria, or another specific cellular location, might have a mercifully short list of possible functions. This guilt by association, or more formally, protein localization, plays an important role in assigning function to newly identified genes and proteins. "Localization helps you predict gene function. ... If you're in the nucleolus, you're likely to be carrying out a function that is nucleolar-specific," says Charlie...

Snyder used two tagging methods, producing multiple alleles for most genes tagged and corresponding strains where the localization patterns of the proteins could be assessed. The group cloned 2,085 yeast open reading frames into vectors containing the inducible GAL1 promoter and a V5 epitope allowing antibody visualization. They also created 2,958 mutants through random insertion of a transposon carrying a hemagglutinin epitope traceable by antibody. Overlap between the two methods meant that they could directly visualize the localization pattern of 3,565 proteins.

Working with human HeLa cells, Mann and colleagues took an entirely different approach to a similar problem. They biochemically purified nucleoli and used mass spectrometry to identify associated proteins. In this study, they identified 271 nucleolar proteins, the largest survey of the nucleolus at the time. More than 30% of these were encoded by novel or uncharacterized genes. When their work began, scientists were just starting to suspect that the nucleolus has functions beyond ribosomal-subunit biogenesis. " [We] showed that protein complexity was unexpectedly high, and that ties in with the idea of a pluripotent nucleolus," says Mann. In addition, cells treated with actinomycin D, an inhibitor of transcription, displayed unexpected changes in protein localization; this indicates a dynamic protein complement that may change in response to metabolic conditions.

The differing proteomic approaches each have advantages and disadvantages. Mass spectrometry can allow contaminating proteins to remain in the mix of purified proteins and may, therefore, miss proteins present at low levels. Mann's group employed clever computer techniques to largely overcome this problem ().

Also, certain organelles are more amenable to purification; Mann chose the nucleolus precisely because it is easily purified. "The proteomics technology was kind of bleeding edge ... so we didn't want to also push the organelle purification technology," he says.

Alternatively, the cell biology approach (tagging proteins with a marker such as a hemagglutinin epitope or green fluorescent protein [GFP]) eliminates most concerns about contaminants and low-level proteins and can provide more detailed suborganellar localization data. But, small proteins are less likely to be tagged than larger proteins, and insertions can disrupt sequence-based localization signals, which lead to false cytoplasmic staining patterns.

Tagging creates a set of yeast strains that are useful for genetic experiments and studies of protein localization under different conditions, whereas biochemistry creates a set of purified proteins that are useful for a different range of future experiments. In general, researchers agree that both methods have advantages. "The neat thing is that these are two very different methods of attacking a similar problem, and it is nice to come at it with a sort of orthogonal approach because then you feel really confident about the data," says Toronto's Boone.

These large-scale localization projects offer a largely unbiased look at proteins' cellular addresses. Boone says that after the yeast genome had been sequenced, researchers realized they had studied only a small subset of its 6,000 genes. "We tend to study things that we think are hot like signal transduction, or cell-cycle regulation. ... The large-scale projects can, in a nonbiased way, add experimental evidence for a large number of genes," says Boone.

Nevertheless, an ongoing concern in large-scale, high-throughput studies is the great potential for false-positive and false-negative results. "It is the nature of high-throughput experiments," says Eric Phizicky, University of Rochester Medical Center in New York. But the growing number of large-scale studies provides a filter for cross validation. Localization is just one of a number of huge data sets coming out of the yeast community. "The localization sets are a crucial part of the bigger picture," says Phizicky.

Snyder says that the localization data provide one of the best filters available for sorting out the noise in other large-scale projects, such as the two-hybrid and TAP-tagging protein-protein interaction studies. "If you superimpose the localization data and only count those [proteins] that are roughly in the same compartment, the noise filters out dramatically," he says.

Protein-localization sets also allow access to data not easily obtained. "Every time you have to do a new technology in a lab there is a steep learning curve," says Phizicky. He says he wouldn't attempt to localize proteins, but the data help his research. "One of the proteins that is related to proteins we work on turns out to be [unexpectedly] attached to the mitochondria. ... [It] opens up new avenues of research," says Phizicky.

The Snyder lab also benefited from surprising results: They found far more proteins in the bud neck than previously appreciated. One of those proteins was a kinase, Hsl1, that postdoc Yves Barral figured might be monitoring a cell-cycle G2/M checkpoint he was trying to dissect. "It really broke open the whole thing in telling us how this signaling pathway worked and probably saved us years of work," says Snyder.

On the human nucleolus, Mann says they have recently improved their techniques, employing more automation and improved instruments to increase their throughput. "Now, we have identified more than twice the number of [nucleolar proteins]," he says.

Researchers can now envision protein-localization evaluations in more detail, such as at the suborganellar level, and in more dynamic ways, comparing protein patterns at different developmental stages and under different environmental conditions. Moreover, protein-protein interactions may come into play. "If you have tools to look at the localization of a single protein, then in theory you have the tools to look at the colocalization of the pairs of proteins," says Boone.

Mann has already made progress identifying proteins in other human organelles and structures such as mitochondria and centrosomes. The yeast researchers fully expect that their studies are paving the way for similarly comprehensive studies in human cells. "If we could take a human cell to the same level of annotation [as yeast], that would just be incredible," says Boone.

Mignon Fogarty is a freelance writer in Santa Cruz, Calif. 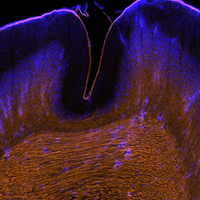