Before a cell can do its job, it needs to get oriented. Cells must determine their purpose in life, tell their tops from their bottoms, and quite literally find their place amidst a confusing array of physical and chemical signals. Cell polarization meets these challenges. Spatial segregation assumes different roles in embryonic cells, epithelial cells, and neural precursors. And each cell type relies on a complex web of signal-transduction events to establish asymmetry.

The protein players are largely conserved across cell type and across species. Using genetic and biochemical clues, researchers are working to collect the important molecular pieces, fit them together, and figure out what they do. The research process is painstaking, but the potential payoff in understanding how such an essential cellular system is initiated cannot be overstated: Loss of polarity is a key event in epithelial cells becoming cancerous, for example, and migration of neuroglial cells determines...

In the first paper, Ian Macara and Ben Margolis, along with colleagues at the University of Virginia Health Sciences Center and the University of Michigan Medical School, sought to characterize a potential interaction between the Par complex and the Crumbs complex. They found a direct interaction via the amino terminus of Pals1 and the PDZ domain of Par6, suggesting that the Crumbs complex recruits the Par effector complex.1

Macara's lab had been studying the mammalian Cdc42-Par6-Par3-aPKC complex. "There was a race to understand what these proteins were doing and who they were talking to," Macara says. "We were trying to figure out what Par6 was doing in the cell and we were having very little success." Meanwhile, Margolis' lab had identified and characterized Pals1, in complex with Crumbs and PATJ.

Macara recalls reading Margolis' work on the subject: "I said 'Wow, this is awesome. This must be the link between our polarity proteins.'" Research published earlier that year had already suggested a link.3 "There were hints from genetics in flies," Macara says, "...but no evidence for any physical kind of interaction."

So the groups pooled resources. Transiently expressed Pals1 co-immunoprecipitated with Par6 and Par6-Par3, but not with Par3 alone. The researchers tested various deletion mutants and fusion proteins to pinpoint the Pals1 PDZ domain as the site of direct interaction with Par6. "These were two complexes that people were very interested in... and to see them come together [was] satisfying," Margolis explains.

The authors say that their desire to publish quickly was in large part fueled by competition; André Le Bivic at the Developmental Biology Institute of Marseille says that he was about to submit a paper showing the same interaction in intestinal cells: "I talked to Ben Margolis and he showed me it was already written" Soon after, two other papers physically linked the Par complex with Lgl – a third key polarity complex found in the basolateral domain – in a mutually antagonistic relationship.45

According to Pawson, "All together, those papers really expanded our view of the polarity machinery... arguing that it was extremely dynamic, and these complexes were talking to each other." Macara says, "We knew how they interacted, we knew genetically that they're important.... The big question at the end of this was, 'What do these proteins actually do?'" This issue's second Hot Paper sought to answer this question.

Sandrine Etienne-Manneville and Alan Hall at University College London looked downstream of these proteins – in rat astrocyte cell migration.2 They had shown earlier that spatially specific Cdc42 activation controls cell polarity in this model by acting through Par6-PKCζ. "No one knew then what this complex was doing really, how it could manage to direct polarization," Etienne-Manneville says. They wanted to find a substrate for the complex. GSK-3β, a phosphorylatable protein implicated in cell polarity and microtubule regulation, seemed like a good candidate.

The group scratched a layer of cultured astrocytes to induce a wound response that includes cell migration. Western blotting showed that phosphorylation of GSK-3β peaked after one hour and occurred preferentially at the leading edge of the migrating cells, where Cdc42, Par6, and PKCζ had been shown to colocalize. They showed through selective inhibition that GSK-3β phosphorylation is dependent on this pathway. By testing mutant cells, they found that phosphorylation-induced inhibition of GSK-3β at the leading edges was required for the cells to properly align.

GSK-3β is known to phosphorylate adenomatous polyposis coli (Apc), a protein that regulates microtubule dynamics by associating with the plus ends of microtubules. In a migration assay, they found that this association occurred specifically on the leading edge of cells and was dependent on Cdc42, PKCζ, and GSK-3β phosphorylation. This final step in the pathway was critical for lining up microtubules in the direction of the wound.

Le Bivic says this link between GSK-3β and Apc, a tumor suppressor, "has lots of implications for cancer research," and suggests "new ways of looking at drugs to block these pathways."

According to Etienne-Manneville, "It is still very important to confirm whether this is a general process or whether it [is] limited to a few systems." Macara says he was not able to find evidence of GSK-3β activity in the epithelial cell model, though it has been found in neuronal models.6 Nevertheless, the work of Etienne-Manneville and Hall represents an important trend for understanding polarity on a broader scale. "If you think about microtubules or actin filaments... they have a built-in polarity," Macara says. Current research increasingly suggests that many polarity proteins take advantage of this characteristic by using the filaments as downstream targets.

And the work points to just how dynamic these regulatory protein-complex interactions are. Recent work by Le Bivic's lab shows that Crumbs can bind directly to Par6.7 Other work demonstrates that the Crumbs, Par, and Lgl complexes are involved in complicated feedback loops. Pawson says this is "part of a growing sense that there is an extremely complex network, not simply of multiprotein complexes but of interactions between those complexes that are... promoting the formation of the right structures at the right place in the cell." 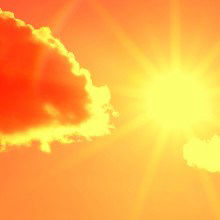