This publication is the first in a series of 30 reports to emerge from the National Comorbidity Survey (NCS), a nationwide collaborative epidemiological study of the prevalence, causes, and consequences of psychiatric disorders in the United States. The work is supported by the U.S. Alcohol, Drug Abuse, and Mental Health Administration in Rockville, Md.

"The survey consisted of data on over 8,000 people between the ages of 15 and 54 throughout the [U.S.], using lay interview methods developed in an earlier... 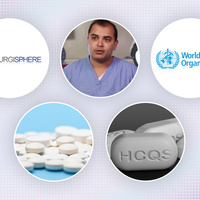